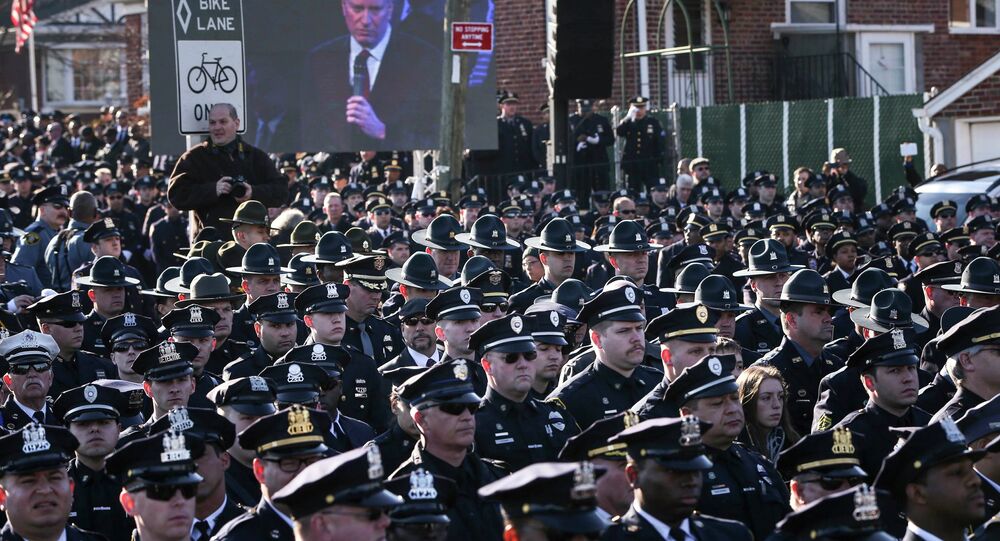 Shocker! New York Police are livid over proposed bills that aim to stop them from what activists decry as actually getting away with murder.

The New York City Council has police reform heavy on the docket this week, with bills that would force cops to distribute the phone number for the Citizens Complaint Review Board to residents, provide their information upon request, obtain consent for searches, and — here’s a big one — refrain from injuring people for no reason.

Patrolmen’s Benevolent Association President Patrick Lynch, known for his aggressive defense of officers after police killings of unarmed civilians (even before any investigation has been completed), has already issued a statement against the proposed reforms:

“These proposed laws — which cover everything from officer’s identification, rules for searches and the use of physical force — are unnecessary and redundant and could have a further chilling impact on law enforcement that will make our streets more dangerous,” Lynch claimed.

“While they may be well intentioned, these pieces of legislation have been proposed by individuals who have neither the expertise nor the experience to establish policy in the dangerous business of fighting crime and maintaining public safety.  Policing policies must be left to the police management who understand the intricacies and difficulties of complex legal issues and the appropriate use of crime fighting tactics,” Lynch’s statement continued.

The union’s statement also noted that officers are already afraid of legal action from the public.

“A survey conducted of PBA members by the NYPD, indicates that 66% are fearful of being sued for being proactive in their crime fighting thanks to a local law established by the Council last year that allows the public to sue police officers.  And 85% say they are concerned that proactive policing will result in civilian complaints that, even when unproven, can have a negative impact their careers.”

There are nine bills up for review at Monday evening’s Council Public Safety Committee meeting.

Some of the proposed changes include requiring that uniformed cops provide their full name, rank and precinct, as well as the CCRB number, during any traffic stop or property search; a measure that would allow police to use “injurious physical force” only “as is proportionally necessary;” and forcing the NYPD to report the precincts of the 200 cops with the most CCRB complaints filed against them, the New York Post reported.

“It sounds lovely on paper to people who propose this stuff, but it's completely idiotic to think it's possible,” an NYPD officer told Sputnik on condition of anonymity.

“Cops in NY are already as hands-off as it gets with everything going on, and all that's happened is that crime has skyrocketed. Most cops are just responding to jobs and being reactive. I’m fine with that approach because the crime doesn't spill into my neighborhood anyway. Those bills would last not even a year.”

New York City has been one of several flashpoints for public outrage over police brutality in recent months, following the high-profile deaths of Eric Garner and Akai Gurley at the hands of NYPD officers last year.

NYPD Officer Peter Liang, who fatally shot Gurley in the stairwell of his girlfriend’s apartment building, is set to go to trial in September.

As of June 29, 550 people have been killed by police this year in the United States, that we know of.  Eighteen of those deaths were at the hands of the NYPD.