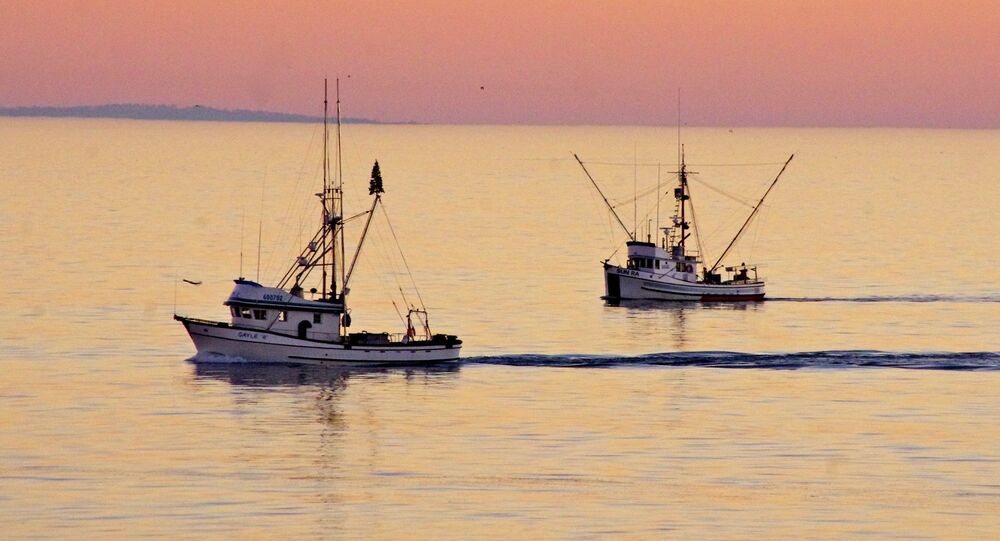 Researchers have warned of the implications of what they say might be the largest-ever toxic algae bloom off the US West Coast; it has already prompted state agencies to shut down crab and clam fisheries in at least two states.

© Flickr / NASA's Marshall Space Flight Center
New Evidence of Life? Scientists Find Methane in Mars Meteorites
An extraordinarily large toxic algae bloom in the Pacific Ocean stretching from northern California to Washington state has been detected by scientists; recreational and commercial shellfish harvests have already been closed down in at least two US states due to the effects of the bloom, sources said.

Researchers at the University of California at Santa Cruz explain that the bloom first appeared in May, and that it involves microscopic algae producing domoic acid, a neurotoxin that can be potentially fatal to humans.

According to Raphael Kudela, professor of ocean sciences at the Santa Cruz campus, the levels of domoic acid in California's Monterey Bay are some of the highest scientists have ever recorded.

"The domoic acid levels are extremely high right now in Monterey Bay, and the event is occurring as far north as Washington state. It appears this will be one of the most toxic and spatially largest events we've had in at least a decade," he said.

The Washington State Department of Fish and Wildlife reported that this acid has already claimed the lives of several people and made at least 100 others sick.

© AP Photo / ILM/Universal Pictures/Amblin Entertainment
Taking a Page From Jurassic Park: Scientists Plan to Genetically Engineer Animals for US Military
According to the agency, fish and shellfish are capable of accumulating this toxin without ill effect; while in humans it affects the brain, causing seizures and possibly death.

Right now, scientists are trying to determine whether this year’s unseasonably high water temperatures from Washington to Southern California have played a role in the massive size of the algae bloom.