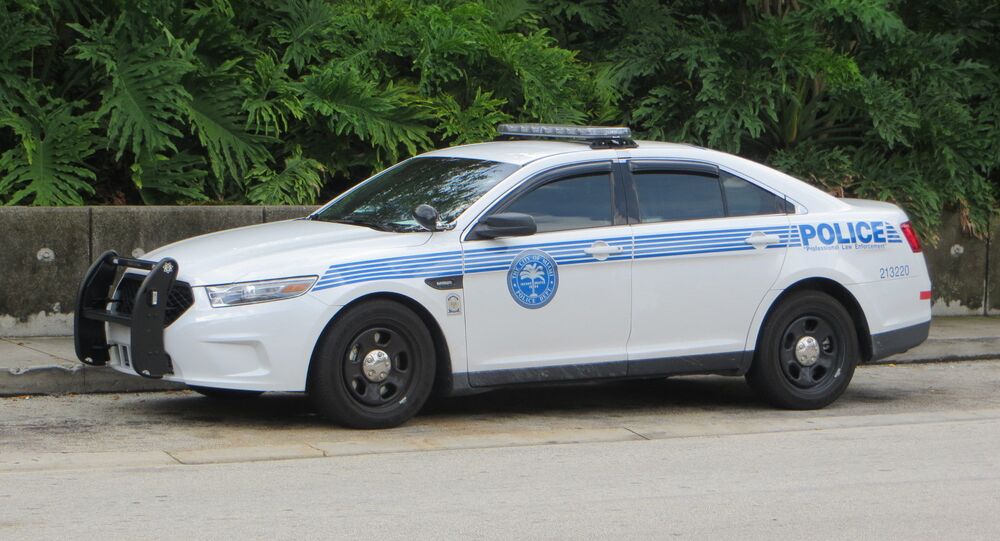 Dozens of children attending a YMCA summer camp on Thursday were tragic witnesses to the fatal police shooting of a homeless black man.

The Miami Police were called to Gibson Park to investigate a “violent disturbance” involving a man carrying around a metal pipe.  When Antonio Torres, a 20-year police veteran, and the rookie he was training arrived at the scene, they ordered Fritz Severe, a 46-year-old homeless man, to drop the pipe.

Witnesses claim that Severe did not swing the pipe at officers, but used it to point at them.  At this point Torres opened fire on Severe, shooting him five times in front of as many as 60 witnesses, most of whom were children.

“The officer confronted the subject and discharged his weapon,” Miami Police Chief Rodolfo Llanes told reporters. “There was more than one shot.”

Severe was transported to a local hospital for treatment, but later died of his injuries.

Witnesses have already begun to speak out, suggesting that what they saw may have been excessive force by the officer.

“[The officer] stopped the man, the man had the metal stick, pointed at him, the next thing you know the man shot him,” neighbor Stephanie Severance told the local CBS affiliate.

"The man had a stick in his hand. They could have tasered him. He was a homeless guy who's there every morning," Nichelle Miller, another witness to the shooting, told the station.

“The FOP is confident that when the independent investigation by the Florida Department of Law Enforcement is complete, it will find that our officer involved acted within the law,” Javier Ortiz, president of the Miami Fraternal Order of Police, said in a statement.

The department has placed Torres on administrative leave pending an investigation.