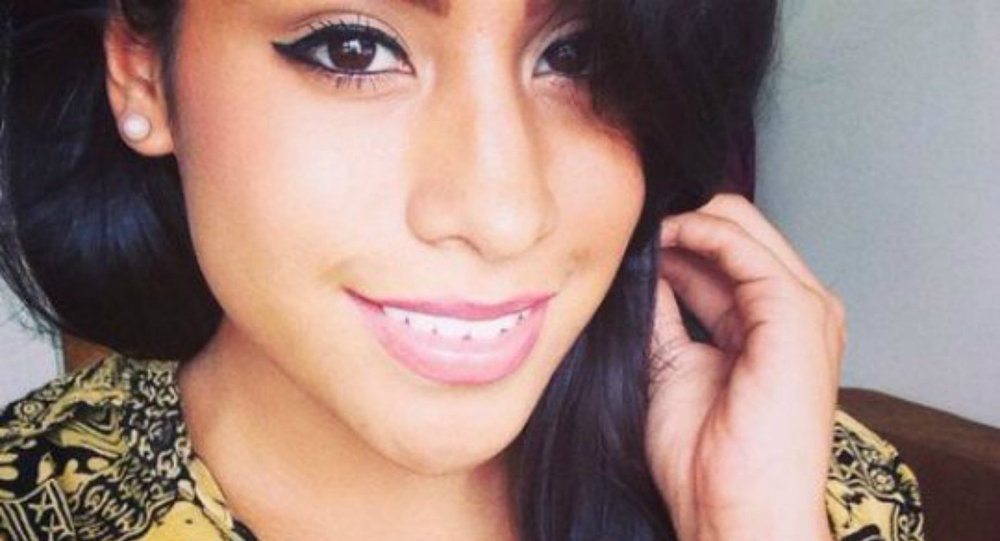 A third-grade teacher at Forest Street Elementary School in Orange, New Jersey has been terminated after allowing her students to write get well cards to imprisoned journalist Mumia Abu-Jamal after she informed her class that he was critically ill.

First-year teacher Marilyn Zuniga proudly tweeted about her compassionate students’ letters being delivered — and was met with a storm of controversy.

“Just dropped off these letters to comrade Johanna Fernandez. My 3rd graders wrote to Mumia to lift up his spirits as he is ill. #freemumia” Zuniga tweeted from her since-deleted account. Fernandez is part of an organization called Educators for Mumia Abu-Jamal, and a coordinator for the Campaign to Bring Mumia Home. 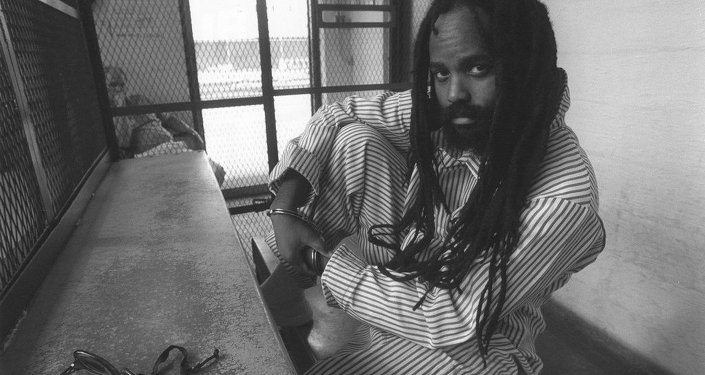 "We shared a touching moment with Mumia in an effort to raise his spirits," Fernandez wrote on Facebook regarding the letters. "Two teachers delivered letters to us that their students had written to Mumia. One batch came from a 3rd grade class taught by Ms. Marylin Zuniga in Orange, New Jersey. The other batch was from a group of high school students in the Philadelphia Student Union, which fights for school reform and is led by Mr. Hiram Rivera. It had been a long time since we had seen Mumia smile. He chuckled as he read excerpts from these touching letters."

On April 10, after seeing the story in media reports, the school suspended Zuniga with pay for “unauthorized activity.” 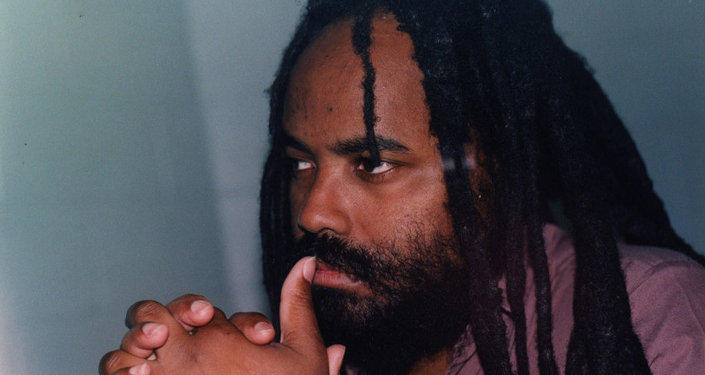 © Flickr / Prison Radio
Sputnik Exclusive: Mumia Abu-Jamal on Obama, Ferguson, and How African-Americans 'Live in Hell'
Abu-Jamal was previously on death row, but was resentenced in 2008 and is currently serving a life sentence for the death of Philadelphia Police Officer Daniel Faulkner in 1981.  Supporters contend that he is innocent and is a political prisoner of a racist justice system.  The 60-year-old prisoner was recently hospitalized in critical condition due to complications from diabetes.

"The incident reported is in no way condoned nor does it reflect curriculum, program or activities approved by the district," a statement from Orange Superintendent Ronald Lee stated.

On Wednesday, the school board met to decide whether to allow Zuniga to return to her students, as supporters rallied for her reinstatement.

"I stand in front of you today because there's a community behind me, and because there's people here of the community, of the Orange community and the surrounding communities, that support me," Zuniga said as she spoke before the school board on Wednesday.  "There's people around the nation who support me, who believe I need to be reinstated and I believe that I need to be reinstated. My students need me in the classroom. My students have requested that I come back to the classroom, they miss me and they've been asking for me, and that's what's most important. No one is thinking about the students,” she continued on to say.

The decision was kept quiet immediately following the vote, and her status remained unclear even after the meeting had adjourned.

Eventually, Orange Superintendent Ronald Lee confirmed to a reporter that she was no longer employed with the district

"They lost a teacher that everybody agreed was a remarkable teacher," Zuniga's attorney, Alan Levine, told NJ.com. "There isn't a school district around that wouldn't be happy to have Marylin Zuniga teach in it."

Zuniga and her attorney are considering challenging the decision through an arbitration proceeding or a lawsuit.

Teacher of the Year contest: What does it take to be the best?

Black Lives Matter: “We Are Serious”