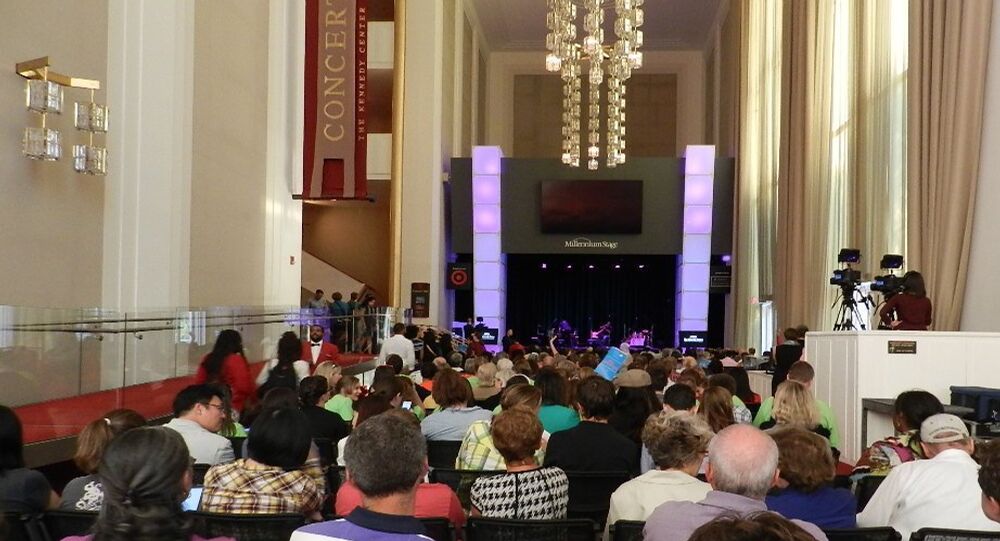 The Kennedy Center for the Performing Arts located in Washington, DC has celebrated a one-year anniversary of its sleek communication space the Russian Lounge created with donations from Russia’s Vladimir Potanin Foundation.

“I think it is very good that we have something that is called the Russian Lounge here at the Kennedy Center, because it is about the synthesis of cultures from Russia and the United States, and it is symbolic, and I hope that this symbol will continue significantly longer than particular differences we have,” Russia’s Ambassador to the United States Sergei Kislyak said during the celebration ceremony on Tuesday.

The Russian Lounge’s modern look was created by architect Sergey Skuratov and painter Valery Koshlyakov who significantly expanded the space of the old Golden Circles Lounge and filled it with light and air.

“It [the lounge] is a more new Russia that invites you to explore it more, and that is something that I congratulate on the foundation that Mr Potanin has because it is creative and it is pretty much reflective of the spirit of the changes that are taking place in our country,” Kislyak added.

The US partners said it was the first project in many years at the Kennedy Center that was accepted without a single objection, and that they fell in love with it at a first glance, Project Curator Natalia Zolotova told Sputnik on Tuesday.

“They were shocked how refreshing, modern, and adorable the lounge is. Koshlyakov’s art revives a reflection on a lost or imaginative city for any megapolis resident,” Zolotova added.

The opening of the Russian Lounge in 2014 was marred by political tensions between Moscow and Washington, the curator explained, adding that the Kennedy Center, however, did not make any changes to the project and its original design.

“It is very pleasant that one year later they [Kennedy Center] decided to get back to it, and say thank you to us,” Zolotova underscored.

Mariinsky Theatre Orchestra to Perform in Nine US Cities