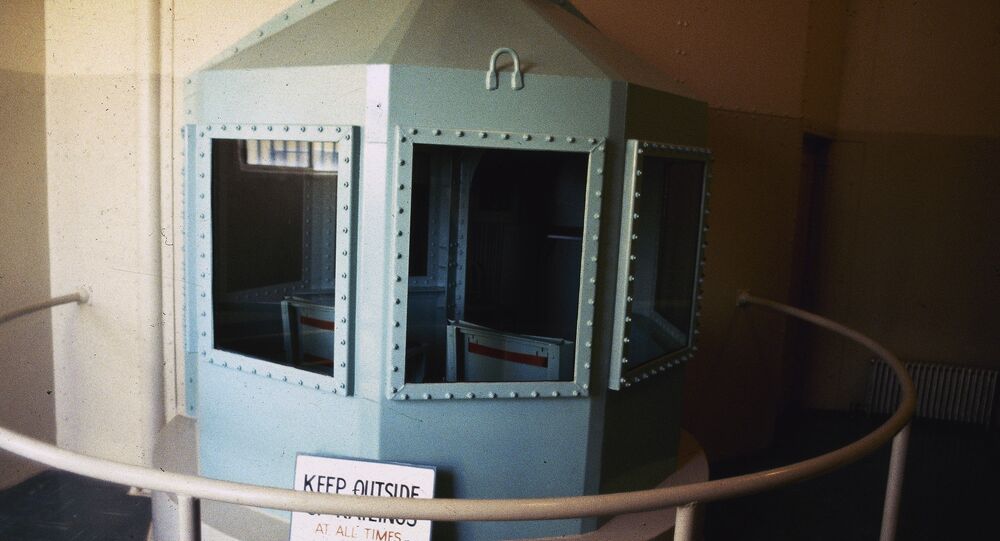 © AP Photo / Sue Ogrocki, File
US Uses Untested, Painful Drugs, Gas to Execute Prisoners - Advocacy Group
MOSCOW (Sputnik), Alexander Mosesov — On Thursday, the Oklahoma Senate passed a bill that, if signed by the state's governor, would allow Oklahoma to use nitrogen gas as an execution method, amid the state's moratorium on executions by a controversial lethal injection drug.

"The National Coalition to Abolish the Death Penalty is disappointed that policymakers in Oklahoma have chosen to invent a new way of killing prisoners rather than confront directly the underlying problem."

Rust-Tierney specified that the state's lawmakers should rather be concentrating on violence prevention curriculum in schools, mental health services, better educational opportunities and "jobs that pay living wages."

The Oklahoma Senate’s approval follows the state’s moratorium on executions while the US Supreme Court decides whether Oklahoma’s current three drug lethal injection method is constitutional.

© AP Photo
Oklahoma Wants to Use Nitrogen Gas for Executions
In April 2015, the three drug method prolonged the execution of Clayton Lockett, which lasted 43 minutes instead of 15 as planned while he visibly gasped and mumbled on the gurney.

Oklahoma Inmate About to be Executed Despite Doubts of Guilt