Oklahoma Wants to Use Nitrogen Gas for Executions 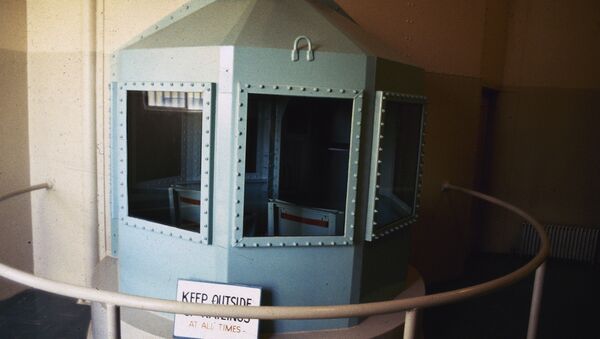 © AP Photo
Subscribe
International
India
Africa
A European-led boycott of the cocktail of drugs used in lethal injections in the United States has states with death row inmates looking at alternatives to the those drugs.

Senator Says Utah Firing Squads May Be More Humane Than Lethal Injections
In Oklahoma, several legislators introduced a bill that would make the state the first in allowing nitrogen gas as a method of execution and as an answer to the growing shortage of lethal injection drugs. Under the bill, lethal injection would still be the state’s primary execution method, but gas would be the backup.

Currently, all death row executions in the state are on hold, as officials investigate a botched lethal injection from last year. The US Supreme Court is also looking into how Oklahoma carries out executions.

If the legislation is approved, Oklahoma would become the country’s first state to allow gas to execute death row inmates. The bill has already been approved by the state House and now moves to the Senate. It could become the standard method if lethal injections are ruled unconstitutional. The

Utah's Firing Squads Bill Complicates Death Penalty Issue in US - NGO Chief
Supreme Court is expected to rule on it by the summer.

The Oklahoma chapter of the American Civil Liberties Union is against it, saying it’s a method not even used on animals most anywhere else.

“It’s a fool’s errand to even engage in this utterly bizarre process of searching out new ways to take people’s lives against their will,” Kiesel said, noting that nitrogen gas is not used by any other states in executions. “We would be experimenting on the condemned using a process that has been banned in many states for the euthanasia of animals.”

Also due to the shortage of drugs for lethal injections, Utah earlier this week approved an old and controversial execution method: firing squads. Utah is the only state in the nation to reinstate firing squads outright, although Oklahoma allows them only if courts would ever declare that lethal injections and electrocutions are unconstitutional.