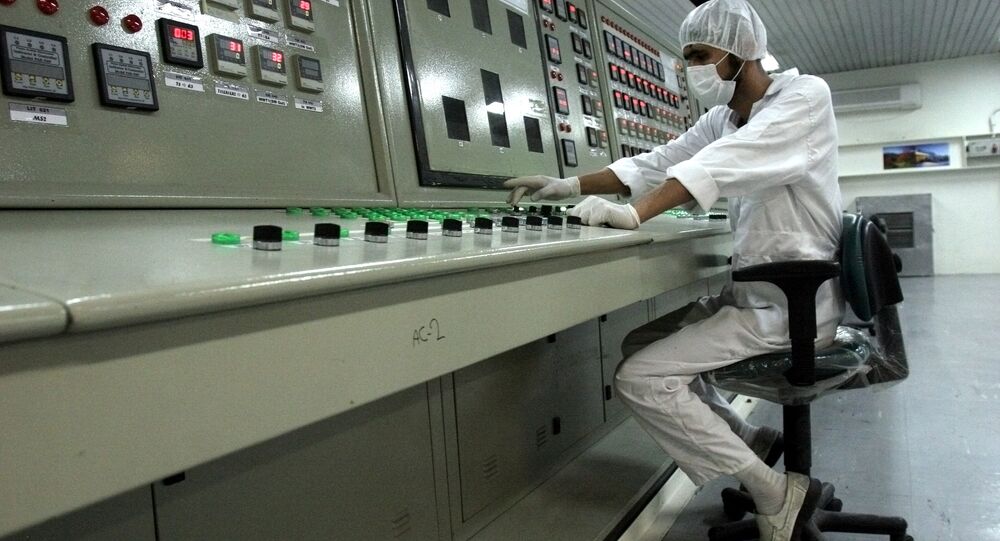 As the March 31 deadline approaches, new details emerge about the draft accord being negotiated between Iran and the United States over Tehran’s nuclear program. According to officials, Iran would be allowed to operate 6,000 centrifuges in exchange for the immediate lifting of sanctions.

Officials speaking to the Associated Press said they were close to reaching a framework pact over Iran’s nuclear program, which would go a long way toward a formal agreement.

The discussions have largely focused on centrifuges, the hardware required to enrich uranium, and just how many Iran will be allowed to maintain.

Officials also indicate that certain parts of the United Nations arms embargo against Iran could be loosened.

While statements in previous weeks have suggested that Iran would be allowed to run 6,500 centrifuges, the latest talks seem to suggest that number will be lowered to 6,000. Yet this is still a significantly higher figure than the 500 to 1,500 Washington originally proposed when negotiations began.

The goal is to provide Iran with the technical capabilities to develop nuclear energy for peaceful purposes, while still ensuring that should the Islamic Republic decide to pursue development of an atomic weapon, it would take a long enough period of time that said development could be prevented.

At current capacity, Iran could enrich enough material for a nuclear weapon in only a few months. The Obama administration has been pushing for a one-year “break out” time, at minimum. As part of any agreement, that break out window would be maintained for at least ten years, after which restrictions could be gradually lifted, as long as Iran maintains its commitment to peaceful enrichment.

How long these restrictions should remain in place remains a point of contention. Ideally, any agreement would keep Iran under a close watch for 15-20 years, though other nations at the negotiating table are pushing for even longer. A European official speaking to the AP said France would prefer a 25-year deal.

In recent days, officials confirmed that some semblance of a timeframe has, in fact, been written down, though details have not been given.

Aside from centrifuges, US officials are also negotiating other methods to ensure that Tehran won’t pursue nuclear weapons. A heavy water reactor to be built in Iran will be re-engineered to produce significantly less plutonium than originally planned. Negotiators are also concerned with one particular government enrichment plant. Buried deep beneath the ground, Washington is worried that such a facility could be used to covertly develop nuclear weapons, safely hidden from any retaliatory measures that might be taken, should Iran violate the agreement.

Earlier this week, Iran’s atomic energy chief, Ali Akbar Salehi, told reporters that most of the technical details have been worked out, though several key hurdles remain. The March 31 deadline for a framework agreement is fast approaching, as is the deadline for a formal agreement by the end of June.

Complicating the issue is the US Congress. If a deal is reached, many sanctions can be lifted immediately by President Obama, and many others suspended. The negotiations also include other members of the P5+1, which include the UK, Russia, China, France, and Germany, and these countries will lift their own arms embargoes once UN sanctions are eased. But Congressional lawmakers in the United States will be responsible for changing many long-term laws which will affect any deal, and many have shown a reluctance to do so.

A controversial letter sent to Iranian leadership last week by 47 Republican members of the US Senate expressed just that. Warning that any deal made with the Obama administration could be hindered once the president leaves office, many thought the letter may have threatened the negotiations.

Other nations have also expressed their misgivings, distrusting Iran’s commitment to peaceful enrichment. Both Israel and Saudi Arabia have been vocal opponents.

But negotiations seem to be moving forward. On Thursday, US Secretary of State John Kerry and Iranian Foreign Minister Mohammad Javad Zarif met for their fourth straight day of talks.

"We are pushing some tough issues," Kerry said, according to the AP. "But we made progress."

If a framework between the US and Iran is decided upon, representatives from the other P5+1 nations would be invited to sign off on the agreement. That could, potentially, happen next week.

UPDATE: On Thursday, White House spokesman Josh Earnest said that there is no draft document of an Iranian nuclear agreement at this time. He said such reports are inaccurate.

Iran to Jack Up Missile Arsenal