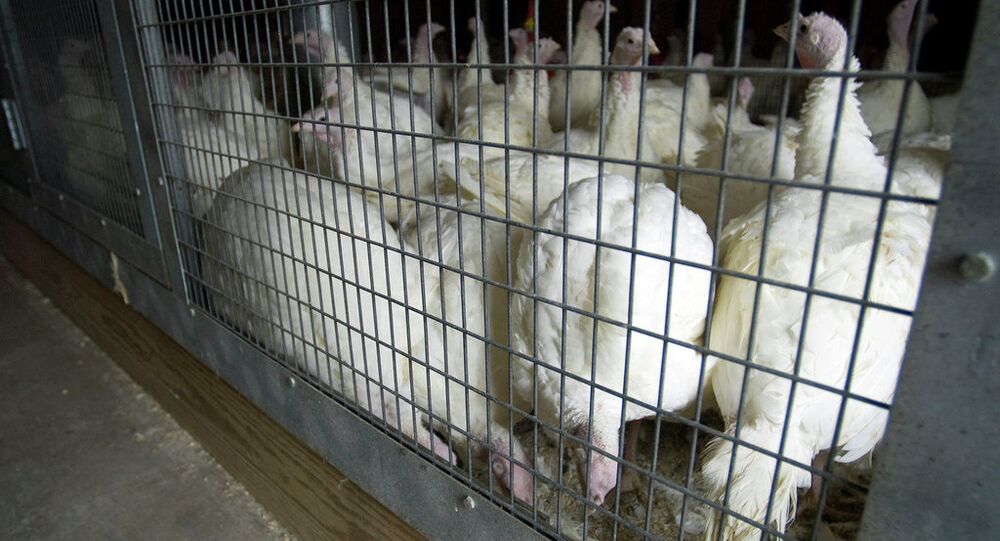 A new strain of the bird flu has farmers and agricultural agencies in Midwestern states scrambling to determine its level of threat and try to stop it. The outbreak in the US follows a deadly one in China that has infected dozens of people.

Minnesota confirmed an outbreak March 4 and Missouri and Arkansas confirmed their own cases this week. All three states are on a common migratory waterfowl flyway which could account for its spread to poultry farms. However, samples from chickens and ducks in Kansas have also tested positive for the strain.

© AP Photo / Kin Cheung
Bird Flu Pandemic on the Horizon Scientists Warn
Avian influenza is often harmless to wild migratory waterfowl but some strains are deadly to commercial poultry. It can spread from the wild birds to farms through humans, rodents, equipment or crates used in transportation. The virus killed tens of thousands of turkeys in last month in Minnesota, the country’s top turkey state.

Experts say that the threat to humans is low and few people succumb to the virus. However, a new outbreak in China was determined to be caused by the the H7N9 virus, one of the strains that affect people. It first emerged in humans two years ago and has stuck around, with 469 cases in China alone since 2013, and 170 deaths. Chinese health officials say 15 new cases have been reported since just the beginning of this year.

Just last month, a 48-year-old woman from Jinping District in Shantou City was diagnosed with the disease and was hospitalized in critical condition.

That an unknown strain has been found in the US has many worried about a possible connection.

© AFP 2020 / ISAAC LAWRENCE
Hong Kong Health Minister Warns of Possible New Deadly Virus Outbreak
Either way, the disease can wreak havoc in on the industry and has already impacted sales and exports, particularly of turkeys. Mexico, the biggest importer of U.S. poultry, and other buyers imposed new import restrictions.

In response, Kansas has already prohibited the movement of poultry into or out of Cherokee and Crawford counties in a bid to protect its livestock. However, the Kansas Department of Agriculture just confirmed another positive case in Leavenworth County.

“Avian Influenza is contagious,” the Kansas Agricultural Department said in a statement on its site. “It exists naturally in many wild birds and can be transmitted by contact with infected animals or ingestion of infected food or water. Although extremely rare, humans, and other mammals can be vulnerable to the disease.”