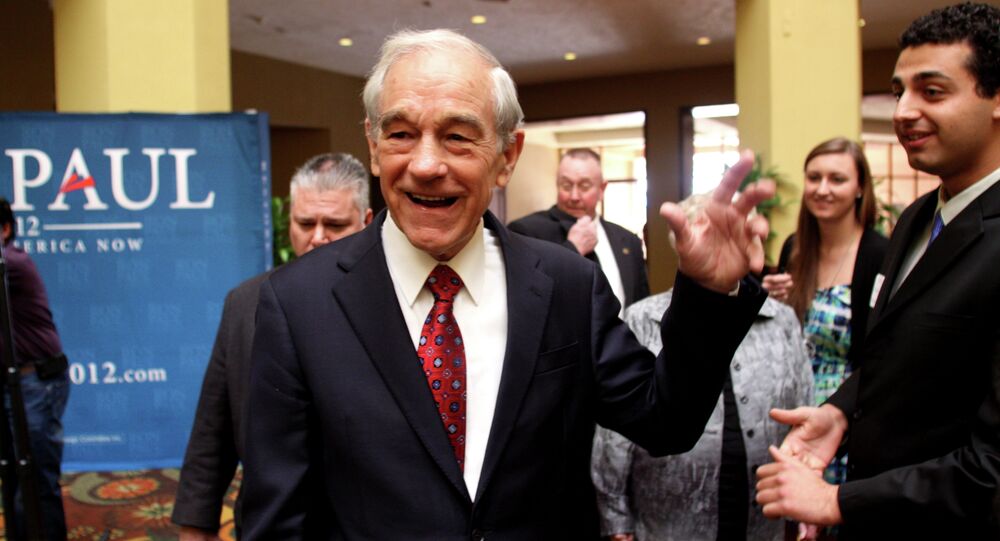 President Obama has asked Congress for authorization to go after the self-proclaimed Islamic State with military force. But former presidential candidate Ron Paul points out that this move isn’t as transparent as it seems. Obama has been waging war for years.

In a post on the website of the Ron Paul Institute for Peace, the former Texas congressman has some insights into President Obama’s request to Congress for permission to start a new military campaign in the Middle East, calling it a “blank check for war worldwide.”  He accuses the president of political posturing in the face of public pressure.

“The purpose of this resolution is to give official authority to the president to do the things that he has already been doing for the past six years,” Paul writes.

“Most importantly, it will appear to have given moral sanction to the wars that have already been going on for years,” he adds.

He points out that despite the president’s public image as an anti-war Democrat, this new proposal would expand the war powers of the executive branch. The proposal also fails to specify any geographic boundaries, and expands the definition of “ISIS” to all “associated forces.” As Paul notes, this would allow the president to vastly expand US involvement in the Middle East.

“The war propagandists are very active and are winning over the support of many unsuspecting American citizens,” Paul writes.

While the president’s request doesn’t specifically call for “boots on the ground,” Paul points out that a continued military presence of any kind has unintended consequences, one of which is the unintentional supplying of enemies with arms.

US involvement in the region is also providing the Islamic State with justification for its actions.

“Besides, the strength of ISIS has been enhanced by our efforts,” Paul writes. “Our involvement in the Middle East is being used as a very successful recruitment tool to expand the number of radical jihadists willing to fight and die for what they believe in.”

But it isn’t the president Paul is worried about. Republican lawmakers in Congress are sure to grant Obama the go-ahead, lest they be seen as being weak on American security issues. The only thing that can be done is “for the American people to speak out clearly in opposition.

“There is no doubt that ISIS represents a monstrous problem,” Paul says, adding that “this is not the responsibility of the American soldiers or the American taxpayer.”

Paul even sneaks in a blow against recently defamed NBC anchor, Brian Williams.

“[The US} government has no more credibility in telling us the truth about the facts that require us to expand our military presence in this region than Brian Williams,” he says.