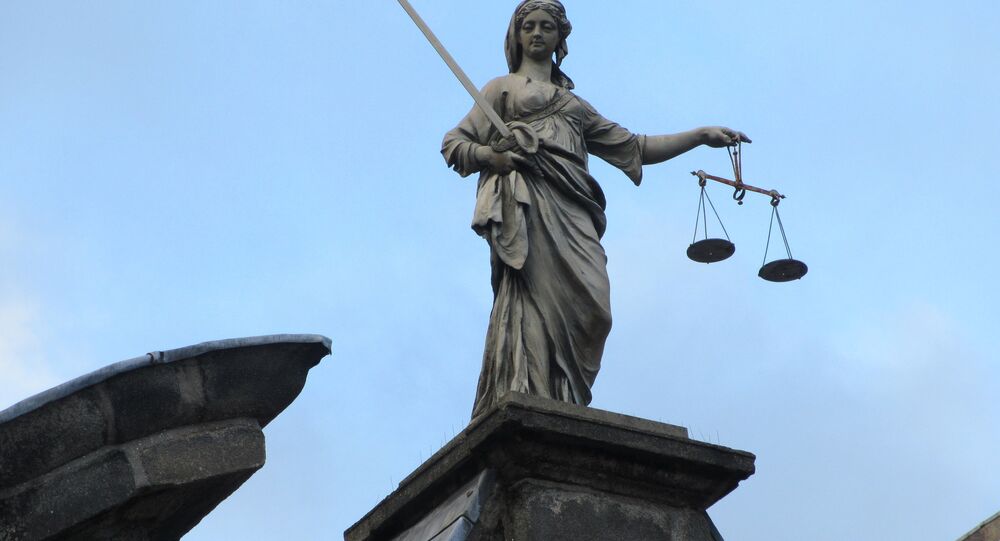 Just six months after the shooting death of Michael Brown, with issues of police brutality still fresh on America's mind, a civil rights group is suing the city of Ferguson over its controversial “debtors prisons,” a principal link in the connection between poverty and crime.

As anyone who’s ever received a speeding ticket knows, traffic fines can be pricey. The ticket alone can exceed $100, and even if that ticket can be dropped through court proceedings, that process comes with separate court fees. When these tickets can’t be paid, arrest warrants are issued.

That’s how it works in Ferguson, at least. According to NPR, the city collected $2.6 million in municipal fees, accounting for almost 21% of its total budget in 2013. That same year, the city issued 33,000 arrest warrants for those who failed to pay these minor fines.

Sunday night, a group of civil rights attorneys sued the city over these policies, on the grounds that jailing the poor for being unable to afford fees imposed violates the Constitution. These courts do not offer alternative payment plans for those with low income.  The suit also charges that Ferguson has “built a municipal scheme designed to brutalize, to punish, and to profit.”

The suit is filed on behalf of 11 plaintiffs who say they were jailed for over two weeks after being unable to pay municipal fines.

City officials insist that traffic fines are an essential deterrent and necessary for public safety.

One of the plaintiffs, Herbert Nelson, claims the cyclical nature of the fining system has an adverse effect on his life. He lost his driver’s license because of unpaid traffic tickets, and without a license, he has no way to get to work to make the money to pay off the fees.

Breaking free of that loop becomes a near bureaucratic impossibility.

While Ferguson officials have not responded, the city has made a series of reforms over the past year. In December, under the face of criticism, city officials ordered a change. People can now get an arrest warrant lifted and placed on a payment plan for their outstanding dues. Provided that they can pay a $100 fee.

The city of Ferguson saw massive unrest following the shooting death of unarmed black teenager, Michael Brown, by white police officer, Darren Wilson. Further protests erupted after a grand jury refused to try Wilson in the case, and the city has become emblematic of racial and socioeconomic division within the country at large.