US Senator John McCain said that the US may pass a legislation to provide Jordan with all the equipment and resources necessary to continue taking the fight directly to ISIL. 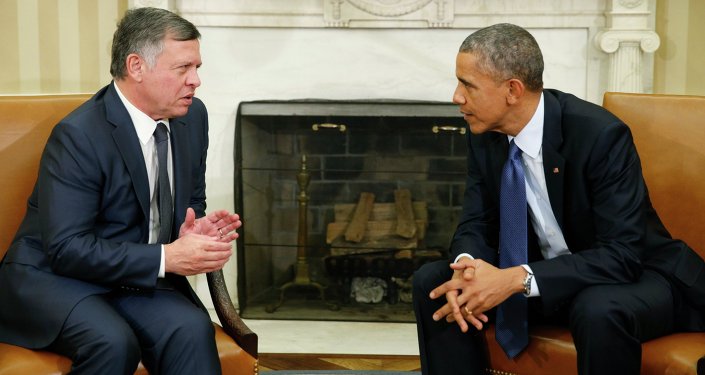 © REUTERS / Kevin Lamarque
US to Increase Yearly Assistance to Jordan to $1Bln
WASHINGTON (Sputnik) — The US Senate Armed Services Committee will consider passing a legislation to provide Jordan with the necessary aid to counter the terrorist group Islamic State responsible for the recent killing of Jordanian pilot Muath al-Kasaesbeh, committee chairman John McCain announced on Wednesday.

“As we made clear to King Abdullah [of Jordan] in our meeting yesterday, this committee’s immediate concern is to ensure Jordan has all the equipment and resources necessary to continue taking the fight directly to ISIL,” McCain said.

© AP Photo / Raad Adayleh
Jordan Executes Two al-Qaeda Prisoners in Response to ISIL Hostage Killing
McCain added that should the legislation be required to meet the needs expressed by King Abdullah to members of Congress on Tuesday, “we will be considering that legislation as well as soon as possible."

Jordanian Foreign Minister Nasser Judeh and US Secretary of State John Kerry signed a memorandum of understanding on Tuesday that would increase US economic assistance to Jordan to $1 billion annually through 2017.

King Abdullah also met US President Barack Obama, following meetings in Congress. The King cut short his visit to Washington when an IS video was posted showing al-Kasaesbeh being burnt alive by the IS.