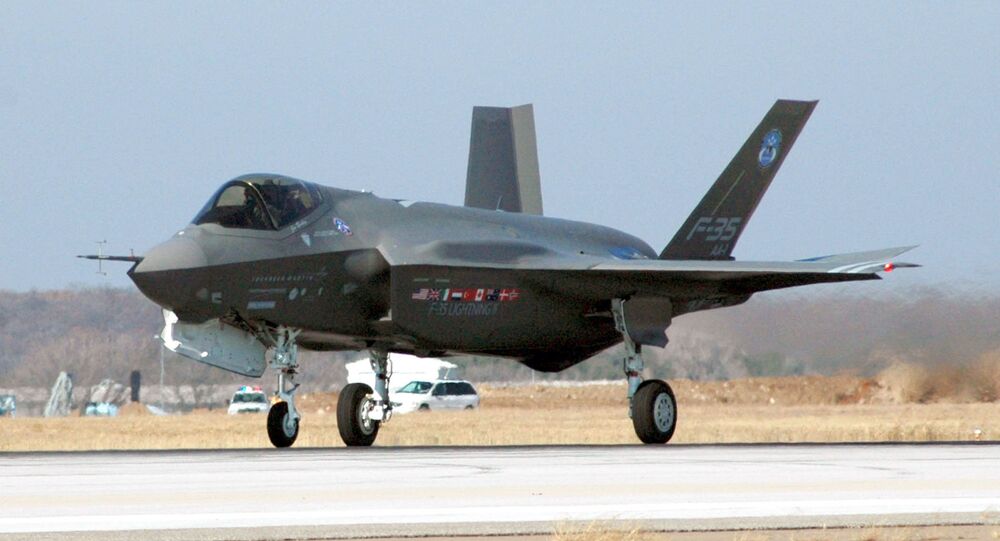 President of Taxpayers for Common Sense Ryan Alexander commented on the US Department of Defense’s 2016 budget request for the F-35 Joint Strike Fighter, saying that the procurement costs for the F-35 continue to be unbelievably high.

“Procurement costs for the F-35 continue to be unbelievably high and it’s hard to believe this is a plane we can justify or afford,” Alexander said Monday in an interview with Sputnik on the Defense Department’s budget.

“It’s a huge percentage of all aircraft procurement for all services. To have one plane that they are spending that much money seems not at all responsible,” said Alexander, whose watchdog organization ensures the federal government spends taxpayer dollars responsibly and operates within its means.

© Flickr / US Air Force/Master Sgt. Donald R. Allen
US to Permanently Base F-35 Fighters in Europe: Pentagon
However, Alexander said the Defense Department should scrap the F-35 program and focus on airplanes already in use by the services.

“I think it is a reasonable course of business to abandon the F-35. We’ve got other capable airplanes, there have been cost overruns and a huge amount of money put into the research. We have ample evidence this is an unaffordable weapons systems and we have a lot of alternatives,” Alexander said.

The F-35 is a single-seat, single-engine strike fighter with stealth technology meant to be the US military’s premier multi-use fighter aircraft. The F-35 Joint Strike Fighter Program is largely funded by the United States, which plans to buy 2,443 F-35s, according to the aircraft producer Lockheed Martin. The program could cost as much as $1.5 trillion over the nearly 50 year life of the program, according the Pentagon. The F-35's development has been beset by delays, cost overruns and technical problems.