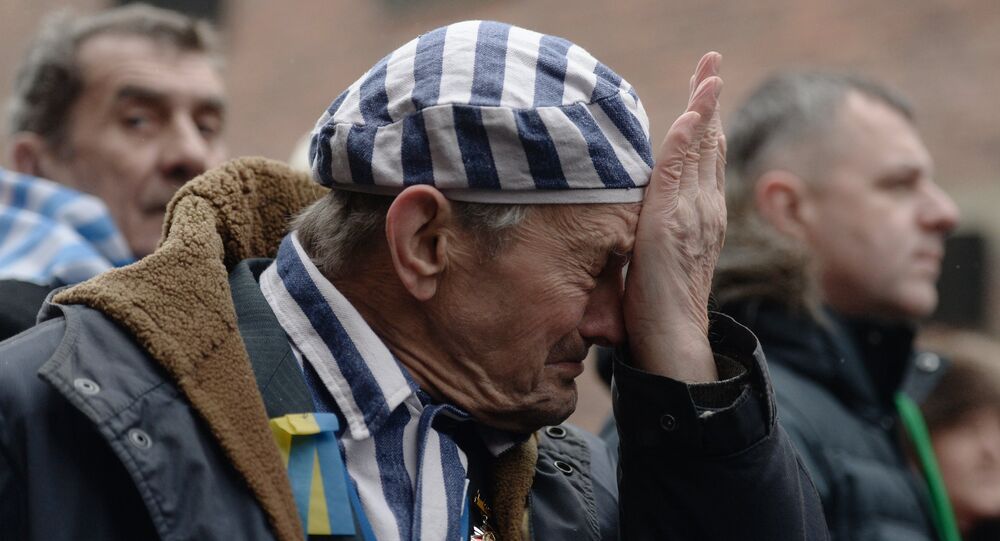 US Secretary of State John Kerry honored the memory of all the victims of the Holocaust.

WASHINGTON, January 28 (Sputnik) — US Secretary of State John Kerry honored the victims from the Holocaust on the 70th Anniversary of Liberation of Auschwitz on Tuesday, US State Department announced in a statement.

© East News / Jan Graczynski
US Lawmakers Offer Resolution Recognizing Auschwitz Liberation by Soviet Army
“Today… I join all Americans in marking the 70th anniversary of the liberation of Auschwitz-Birkenau, and in honoring the memory of all the victims of the Holocaust," Kerry was quoted as saying in a Tuesday statement. “We bow our heads in remembrance of the six million Jews and the millions more murdered by the Nazis – including Poles, Roma, LGBT people, persons with disabilities.”

Kerry warned that anti-Semitism was “again on the rise” and that therefore, “none of us can be satisfied that the lessons of the Holocaust have been adequately learned.”

On January 27, 1945, Soviet troops, under the command of Marshal Ivan Konev, entered southwest Poland and liberated 7,600 prisoners from Auschwitz-Birkenau. The Nazi camp, which has become the most symbolic piece of the Holocaust, now houses the Auschwitz-Birkenau State Museum.

Though the exact number of Auschwitz victims remains unknown, many documents were destroyed by Nazi forces, an estimated 1.5 million to 4 million people perished at the concentration camp.