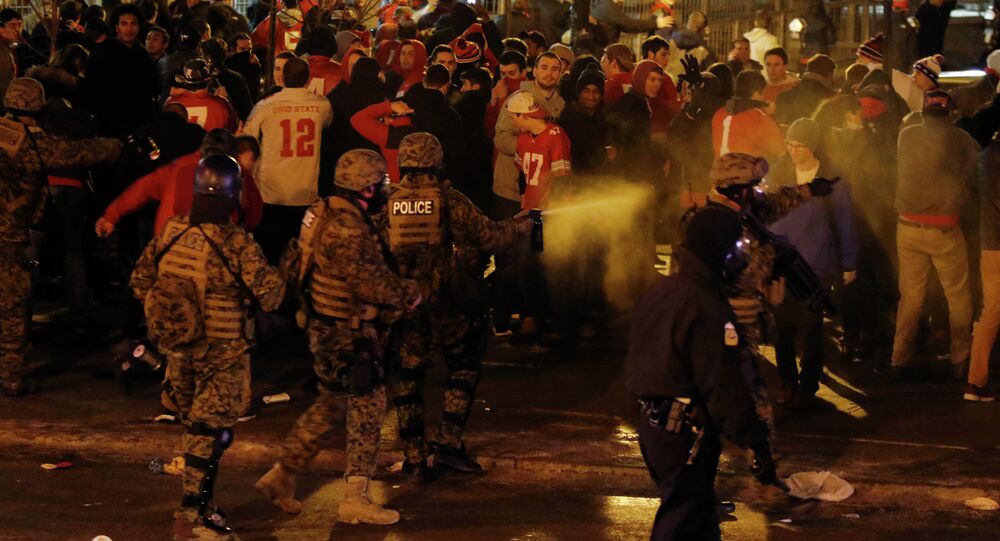 Hundreds of people were celebrating in the streets before police and SWAT team members, some wearing gas masks or mounted on horses, dispersed a crowd of jubilant fans on North High Street near campus, as well as near Ohio Stadium, reports Cleveland Times.

Family of 12-Year-Old Killed by Police in Cleveland, Ohio Files Lawsuit
The police reported several dumpster fires in the city, and added that it was unclear if anyone had been arrested.

One person was reported to have been transported to the hospital, though most people on campus seemed to be celebrating without major problems as reported by Columbus Dispatch.