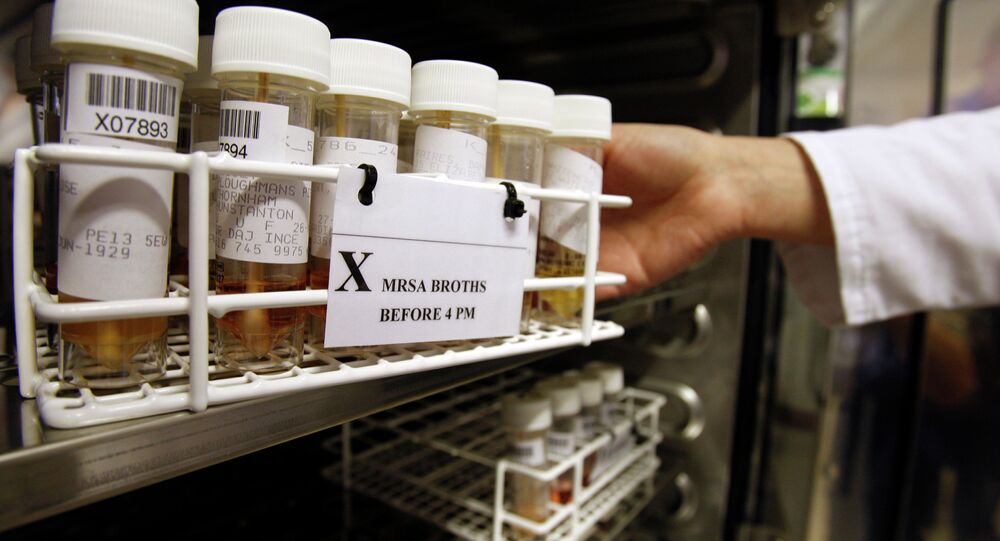 Following a decades-long drought in antibiotic discovery, scientists have reached a breakthrough in the effort to create medicines to combat increasingly drug-resistant infections.

The antibiotic proved to be toxic to bacteria, but not to mammalian tissue. Also, because of its molecular structure, scientists believe that developing resistance to teixobactin will be difficult.

"Here is an antibiotic that essentially evolved to be free of resistance," said Kim Lewis, Northeastern University professor and one of the study’s chief researchers. "We haven't seen that before.”

The discovery comes after last year’s warning by the World Health Organization that the world could enter a post-antibiotic era sometime this century unless a drastic change occurred.

Similarly startling was a 2013 report by the Centers for Disease Control and Prevention, which revealed that at least 23,000 people die each year as the result of antibiotic-resistant infections.

For years, scientists had been impeded by the stubbornness of environmental microorganisms – only about one percent will grow in a laboratory setting – leading to no new antibiotics being discovered since 1987.

That led researchers to try a novel method, in which they grew uncultured bacteria in soil using a miniature device that can isolate and aid the growth of single cells.

Lewis estimates that clinical trials are two years away, while it should be several more years and hundreds of millions of dollars until teixobactin is developed into a safe, effective, and marketable drug.