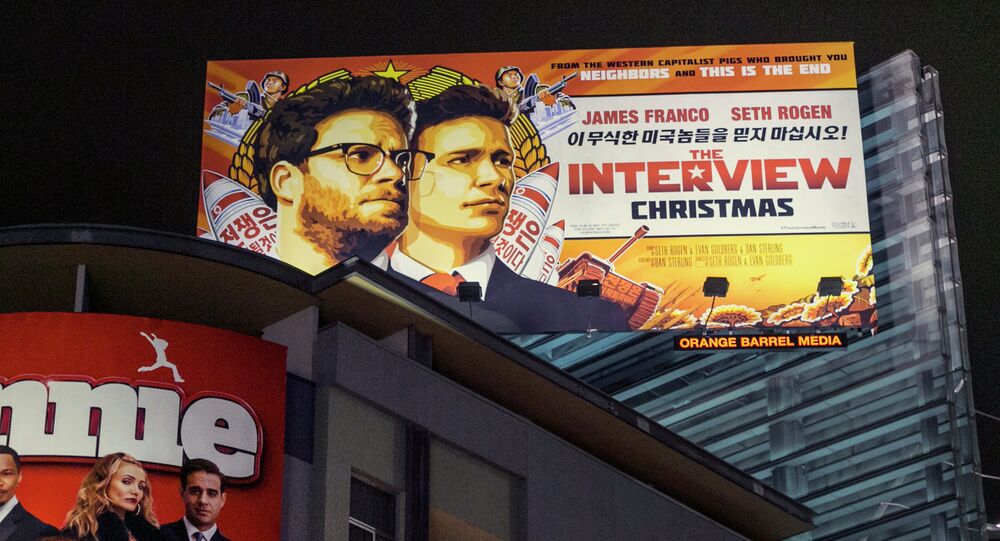 The Dish Networks' press service said the movie will be available as a pay-per-view option in both high and standard definitions.

North Korea has repeatedly denounced "The Interview", claiming the movie hurts "the dignity of the supreme leadership of the DPRK" and even created a task force within the State Security Department to prevent smuggle of the film into the country.

© REUTERS / Jonathan Alcorn
'The Interview' Sparks Patriotism, Rounds Up $18 Million on Opening Weekend
Sony Pictures planed the theatrical release of "The Interview" for December 25, but some two weeks before the premiere the company was subjected to a massive cyberattack, resulting in theft of sensitive internal information, including employees' personal data. The Federal Bureau of Investigation officially placed the blame for the attack on North Korea.

Sony cancelled the premier amid hackers' threats to reveal the stolen data and the refusal of several major US theater chains to screen the film due to the fear of a terrorist attack.

The company, however, decided to release the comedy online. "The Interview" has become the most grossing Sony's online release, bringing the company $15 million in first four days since its release.