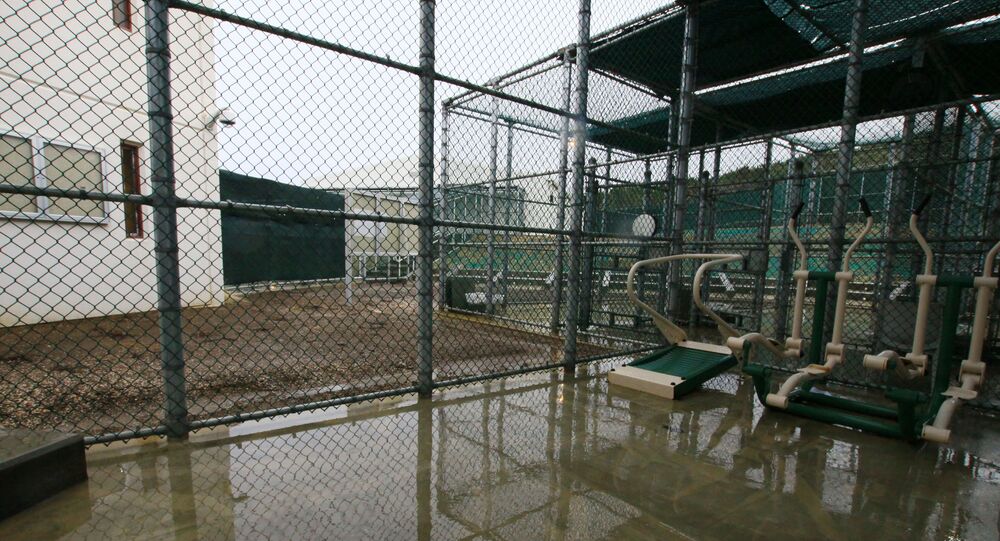 © East News / UPI Photo / eyevine
Guantanamo Not to Appear on US-Cuba Agenda Anytime Soon: Experts
MOSCOW, December 23 (Sputnik) – Clifford Sloan, the State Department envoy responsible for negotiating the transfer of detainees from Guantanamo Bay has resigned from his post after 18 months, in what the New York Times describes as a blow to President Obama's efforts to close down the military prison.

"During Mr. Sloan’s tenure, many White House officials have complained of delays at the Defense Department, including with Chuck Hagel, who resigned as defense secretary last month under pressure," the paper reports.

In May 2013 Obama announced his intention to close the Guantanamo Bay prison, and the creation of the State Department senior envoy position in order to bring about the transfer of prisoners from Guantanamo to other states or the US mainland. The president first ordered the prison to be shut down when he took office in January 2009.

"The original premise for opening GTMO – that detainees would not be able to challenge their detention – was found unconstitutional five years ago.  In the meantime, GTMO has become a symbol around the world for an America that flouts the rule of law," Obama declared in his 2013 speech at the National Defense University in Washington, adding that the sole responsibility of the new envoy will be to achieve the transfer of prisoners to third countries.

© Sputnik / Denis Voroshilov
Four Afghani Guantanamo Prisoners Sent Home
However, according to the NYT, officials at the Pentagon blocked the release of prisoners who they believe if released may return to their country of origin and fight against the US forces. "A number of prisoners who had been cleared for release by the president’s national security team had been held up by Mr. Hagel," the paper reports.

John Kerry sought to play down the significance of Sloan's unexpected departure, and thanked Sloan for his work. "This wasn’t the most coveted job in Washington," The US Secretary of State said in a statement released on Monday. "Cliff was very skillful negotiating with our foreign partners and allies, and it’s a big part of why we moved thirty-four detainees on his watch, with more on the way."

A spending bill passed by Congress in December 2010 has prevented the Obama administration from transferring prisoners to the US from Guantanamo, and from building a facility in the US to house the prisoners. However, the NYT wrote on Monday that the administration is aiming to reduce the Guantanamo prison population to below 100 is the hope that the restriction can be revoked in the House.

The latest transfer of prisoners from Guantanamo took place on December 20, when four Afghan prisoners were freed and sent back home. Earlier in December, Uruguay received six other inmates on humanitarian grounds.