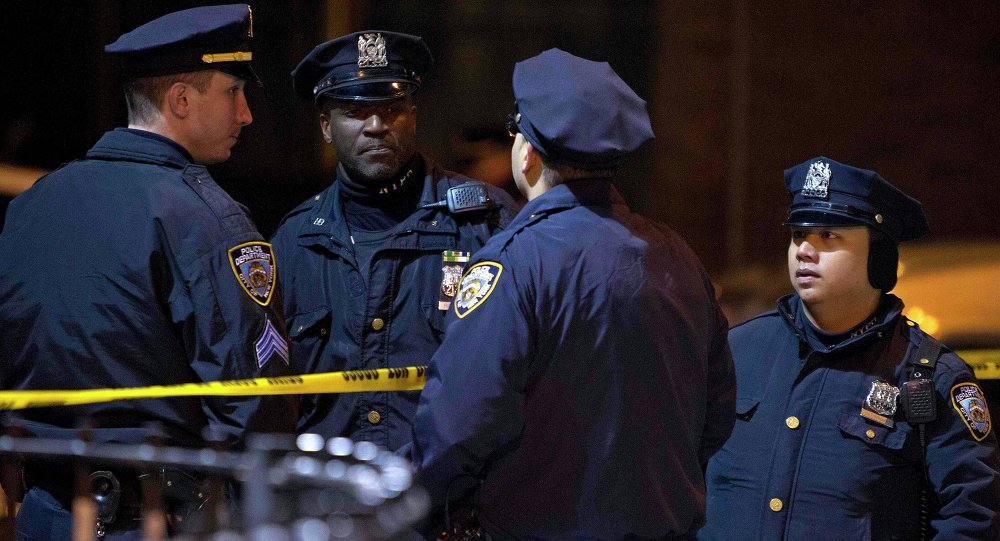 US police officers have been warned by their union leaders and big-city police departments to wear bulletproof vests and avoid making provocative statements in the social media, NBC News reports.

© AP Photo / Ohio Police Department
Police Killer Told Passers-by to Watch, Follow Him on Instagram: NYPD
MOSCOW, December 22 (Sputnik) – The NYPD officers have been advised by their labor union to respond to every radio call with two cars and to avoid making arrests unless "absolutely necessary", according to NBC News.

The members of the detectives' union were also warned by its president to work in teams of three on the street, to wear bulletproof vests and to constantly pay attention to their surroundings.

The New York Times adds that police officers in Newark, New Jersey were warned not to patrol alone and to avoid people who seek confrontations. A memo issued by NYPD chief asked officers to restrict their comments "via all venues, including social media, to expressions of sorrow and condolence."

The warnings come in the wake of the killing of two NYPD officers in Brooklyn, which have roused concerns about the safety of law enforcement personnel. The perpetrator, a 28-year old African American named Ismaaiyl Brinsley, was reportedly seeking vengeance for the black people killed by white police officers, promising to put "wings on pigs" in an Instagram post.