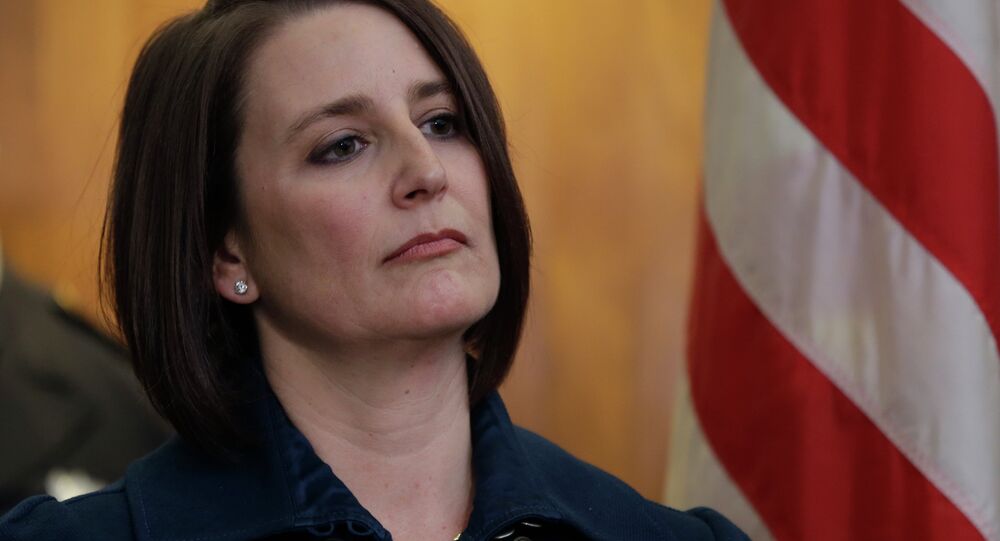 Pennsylvania District Attorney Risa Ferman said that the killings of 6 people by a Pennsylvania shooter this week were likely caused by the man's child custody dispute with his ex-wife.

WASHINGTON, December 17 (Sputnik) – The killings of 6 people by a Pennsylvania shooter this week were likely caused by the man's dispute with his ex-wife to secure custody of their children, District Attorney Risa Ferman said during a press conference.

"We learned that just last week that he had made an effort in court to secure custody, emergency custody of the children and that was denied," the district attorney added, explaining that although the connection could be just "speculation", the timing seems to suggest that the shootings were "just another event in their [Stones"] custody dispute".

Ferman said that having searched Bradley's phone, the investigators have not found any evidence as to any other motives for the killings.

The district attorney also announced that Bradley Stone's body was found in a wooded area close to his home and that he likely died of self-inflicted cutting wounds, although the official autopsy had not yet been released.

"We have not received official confirmation from the coroner as to the cause and manner of [Bradley Stone's] death, but based upon what we found at the scene we believe that he died of self-inflicted cutting wounds in the center part of his body," Ferman told journalists Tuesday.

On Monday, Bradley William Stone, 35, killed his ex-wife and five of her relatives in three separate incidents in Montgomery County, Pennsylvania.

Public shootings have become more frequent in the United States in recent years, with one of the deadliest shootings having occurred about two years ago, when 28 people were killed at Sandy Hook Elementary School in Newtown, Connecticut, on December 14, 2012.