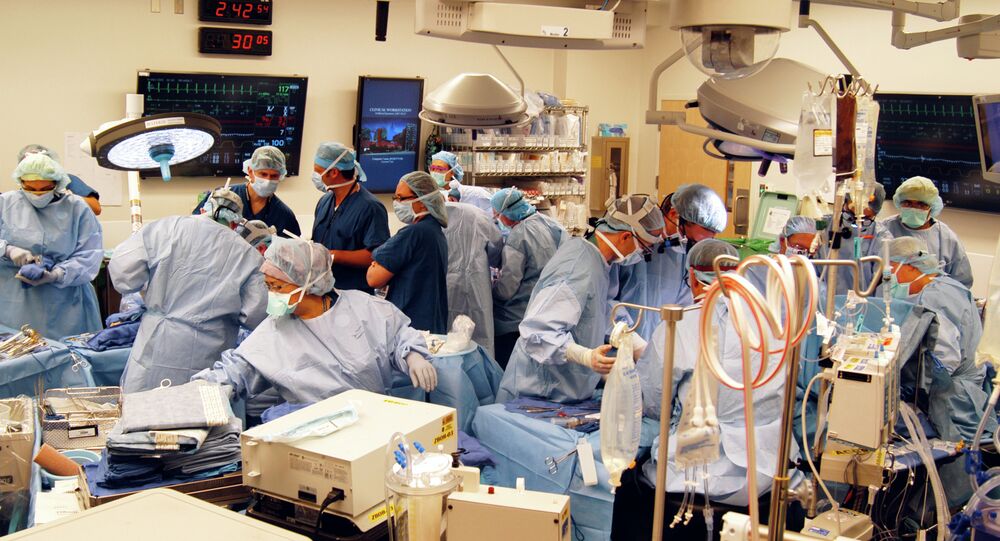 According to the US Department of Health and Human Services, “Obamacare” has significantly improved the patient safety and helped to save $12 billion in health care costs.

WASHINGTON, December 3 (Sputnik) – Patient safety in US hospitals has improved drastically with the implementation of Affordable Care Act, according to the US Department of Health and Human Services (HHS) press release issued on Tuesday.

“An estimated 50,000 fewer patients died in hospitals and approximately $12 billion in health care costs were saved as a result of a reduction in hospital-acquired conditions from 2010 to 2013… The efforts were due in part to provisions of the Affordable Care Act,” the press release read.

HHS said however that the most significant progress occurred in 2012 and 2013.

US House of Representatives Democratic Leader Nancy Pelosi commented on the report by saying, “The facts are unmistakable: the Affordable Care Act is helping to save thousands of lives and billions of dollars every year. Today’s report from HHS shows historic progress in improving patient safety and a precipitous drop in the number of lives lost.”

The Affordable Care Act, also known as “Obamacare,” was enacted into law in March 2010, with the aim to provide universal healthcare through the establishment of online health insurance marketplaces and subsidies in the United States.

The healthcare law has been at the centre of a dispute between the Obama administration and the Republican Party, which has vowed to repeal Obamacare after securing a majority in the House and Senate in the recent midterm elections. Republicans consider the law to be unconstitutional and a burden on the US economy.

US States Scramble Ahead of Looming ‘Obamacare’ Deadline