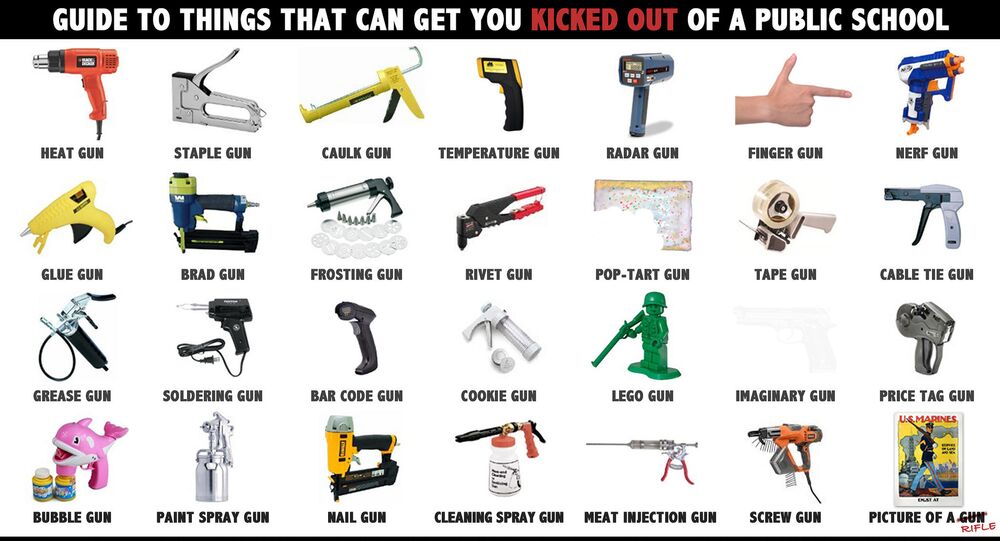 US School Suspends Boy for Playing With Imaginary Laser Gun

A fifth-grader in Massachusetts has been suspended for two days for making a gun shape with his index finger after the school deemed his gesture “threatening.”

Nickolas Taylor, a ten year-old studying at Stacy Middle School in Milford was handed a two-day suspension after he pointed his finger in a pretend gun motion at two girls who had called him out for cutting the cafeteria line. Taylor's misconduct slip described his playful gesture as a threat.

On the one hand, school authorities have every right to be over-protective given the rise of violent shootings in educational institutions. Just last Thursday, a gunman shot and wounded three Florida State University students inside the school's Strozier Library. And although educational institutions are keen on establishing zero tolerance policy, are irrational over-reactive school policies actually harming children?

“I think this is very slanderous toward Nickolas and his character. It was non-threatening. He's just a typical boy with an imagination,” Brian Taylor, the boy's father told the Milford Daily News. One can only wonder what other kinds of punishment could be handed out in case the kid used a toy gun, or a Star Wars toy light saber.

The school insists the decision to suspend the child was due to the fact other students felt threatened. School officials claim they have to protect their students, and given the recent history of shootings in schools and colleges, there should be higher levels of security and certainly more attention to student psychology. But does a 10 year-old boy with no history of bad behavior or discipline issues pretending his finger is a laser gun really pose a threat?

Erring On The Side Of Caution – Or Just Erring?

The Taylor family’s story has gotten the media buzzing – but this case isn’t by far the only example of school authorities taking children's playful actions to extremes.

A school bus driver in Flager County, Florida called the police on two kids who brought toy confetti guns on board to celebrate a friend’s birthday. In another case, a high-school student in Bedfrod, Ohio brought a knife to slice an apple in his speech class for a “healthy eating” presentation. The teacher told him he wasn't allowed to use the knife, so he handed it in to her. That very same day, he was suspended, the school letter charging him with bringing a weapon to class.

Too Much Or Not Enough?

In a country where gun control is one of the most controversial and heated topics, both sides are giving a whole new meaning to the word “extreme”. Second Amendment loving citizens claim that by owning a gun they are actually protecting themselves and their children. Meanwhile overprotective and over-reactive parents are actually installing paranoia in their offspring rather than common sense.

Zero tolerance is applied in schools to eliminate various kinds of illegal behavior, such as bullying and harassment. But there is little evidence to supports its effectiveness. And one might say the real problem is that the very policy designed to protect kids is actually failing to teach them to use reason and logic in this brave new world.