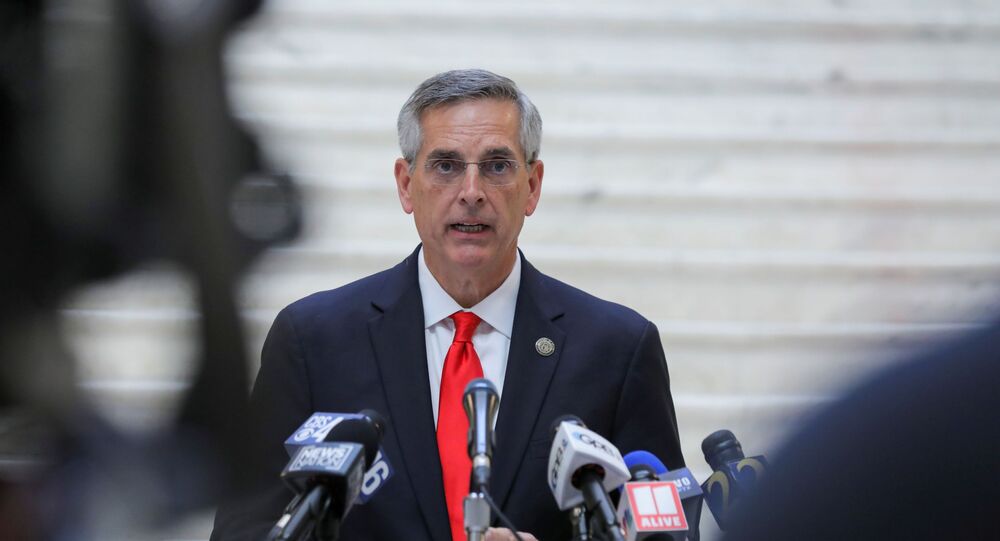 Georgia’s Republican Secretary of State Brad Raffensperger slammed politicians pioneering claims about systematic fraud in the US presidential elections, saying that “it’s really the spinners that should be ashamed for playing with people’s emotions.”

“There’s just people who are really angry and they’re being spun up,” Georgia’s top election chief Raffensperger told The Hill.

“Politicians of both sides should never play with people’s emotions. It’s one thing to motivate people, I get that. But to spin people up and play with their emotions, it’s emotional abuse and they ought to grow up and start acting with integrity.”

However, Raffensperger refused to criticise US President Donald Trump, who previously slammed the official as “Republican in name only” for actually being a driving force behind some of these claims. Trump maintained that he had won the 3 November vote due to major election fraud and ballot tampering, despite the majority of US media outlets proclaiming the victory of his Democratic challenger Joe Biden.

Raffensperger still argued that as a “Republican” and “conservative”, he does not like the idea “that President Trump is not going to win”.

“But at the end of the day, I want every voter to know we’re going to do our job and make sure every legal vote is counted,” the official said.

The secretary of state maintained that calls like that from the Republican party were dangerous, citing threats of violence his family has allegedly been receiving as the manual recount of ballots continues in Georgia.

Raffensperger has been refuting claims that purported corruption should be responsible for preliminary results in the battleground state that are currently seeing Joe Biden outstripping the incumbent president by nearly 14,000 votes.

He earlier said that following an audit of Dominion voting machines used in the state on the Election Day, “no evidence” was found to prove that the voting equipment was hacked or tampered with, despite the US president’s claims to the contrary.

However, the key swing state still has not officially certified the results of 3 November vote due to a narrow margin between the two candidates, which prompted a by-hand recount of around five million ballots.

So far, the manual audit has uncovered nearly 3,000 previously-untalied votes in Fayette and Walton Counties, as well as more than 2,500 ballots in Floyd County. The majority of these previously ignored ballots are said to be favouring Donald Trump.