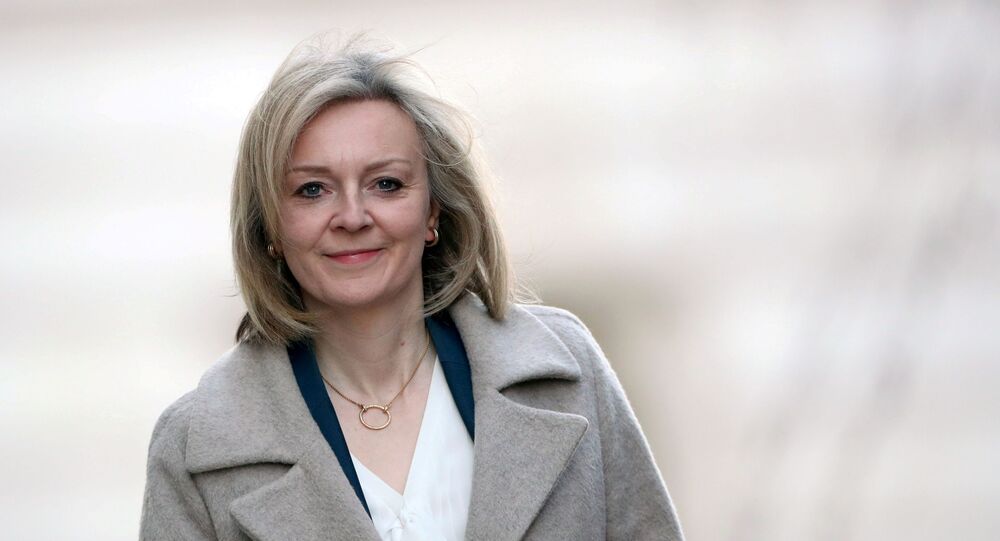 Britain has signed an impressive amount of trade agreements after Brexit, but the most desirable deal with the US, seen by some as the only equivalent compensation for the European single market, remains in limbo.

The UK Secretary of State for International Trade, Liz Truss, said in an interview with Bloomberg Television on Tuesday that the UK-US free trade agreement wouldn’t be signed in the near future as London remains focused on achieving the “right deal” with Washington.

“I have never set a deadline for any trade negotiation, because the important thing is to get the right deal that works for both countries,” she noted, adding that signing a deal by the end of this year would be “a very rapid timeline” and “extremely fast.”

Her statement came during her five-day official visit to the US to discuss with her American counterpart, Katherine Tai, the future bilateral trade relations.

Among key topics discussed between Truss and Tai are unfair trade practices and the recent settlement of the dispute between Airbus and Boeing. The officials also agreed to increase trade volume between the countries.

Amid the difficulties of UK’s post-Brexit negotiations with Europe, Britain managed to strike a number of bilateral free-trade deals with several countries, including Japan and Australia, as well as agreements with New Zealand and India, both of which are said to be possible in the foreseeable future.

Long-lasting negotiations on the UK-EU trade deal led to a one-of-a-kind trade agreement between London and Brussels that implies 100% tariff liberalisation, meaning no tariffs or quotas will be applied in bilateral trade.

The most attention, however, according to observers, was focused on a projected UK-US free trade agreement, as UK PM Boris Johnson promoted the deal as the main advantage of Brexit.

Former US President Donald Trump anticipated what he termed a “fantastic” agreement, predicting a US-UK deal right after the 2019 BoJo election win, a deal that would purportedly be “far bigger and more lucrative than any deal that could be made with the EU”.

Negotiations on a trade deal began in May 2020 and passed five rounds before being held up in October 2020 for the change of administration in Washington.

Current US President Joe Biden has shown far less enthusiasm for a bilateral deal, as he appeared to be more committed, like his Democratic predecessor US President Barack Obama, to the multilateral format.

To date, sides remain optimistic, but the UK and the US haven’t made any official statements concerning negotiations regarding the deal. So far, Truss and Tai have been more focused on topics related to the global pandemic, the World Trade Organization as well as Section 232 tariffs on steel and aluminum, and the Airbus-Boeing issue.

Truss earlier said that the biggest part of the UK-US agreement had already been approved by both sides, but there remain some controversial points.

In particular, London is concerned about the increase in imports of chemically-treated American meat products such as chlorinated chicken and hormone-treated beef, as well as the controversial methods that American companies use to breed and keep livestock.

A possible digital tax in the UK has become another stumbling block, as it is expected to affect US tech giants, including Google, Facebook and Amazon. In the US this kind of taxation is unpopular and many American lawmakers have spoken  against the agreement with London if the latter maintains the tax.