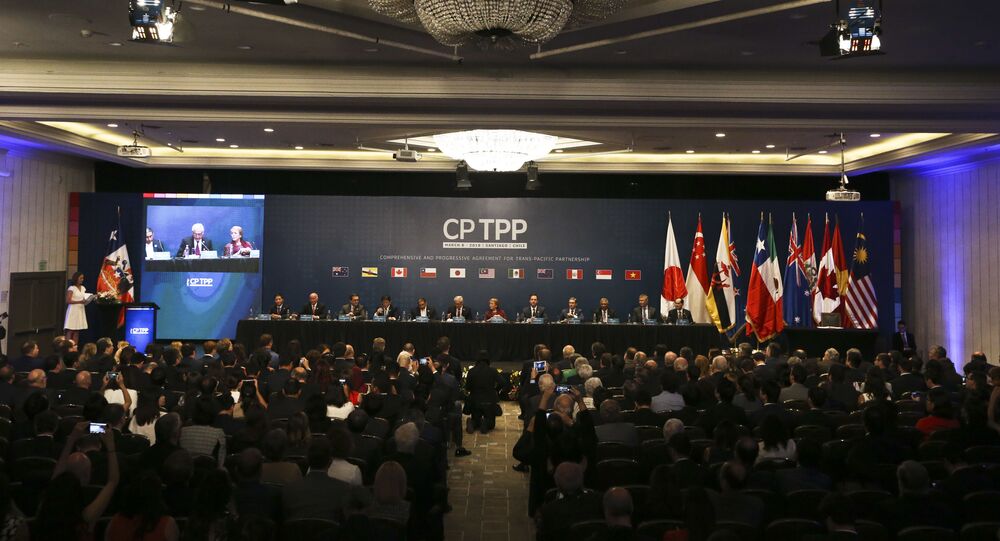 The UK’s move to become a member of the 11-strong Comprehensive and Progressive Agreement for trading bloc which represents about 13 percent of the world's gross domestic product, received approved on 2 June.

​After Britain withdrew from the European Union and the EU’s Single Market area, London has been on a mission to establish new economic ties with partners around the world. Joining CPTPP is one of the steps to secure economic ties with countries which are outside the EU.

“CPTTP membership is a huge opportunity for Britain. It will help shift our economic centre of gravity away from Europe towards faster-growing parts of the world, and deepen our access to massive consumer markets in the Asia-Pacific. We would get all the benefits of joining a high-standards free trade area, without having to cede control of our borders, money or laws,” Truss said on Wednesday.

Although the latest UK-EU agreement provides for zero tariffs and zero quotas on all trade in goods originating in the EU or the UK, it doesn’t cover goods that have not come from the EU or UK.

​The UK wants to accede to the bloc quickly and plans to work closely with Japan, which is chairing the partnership this year.