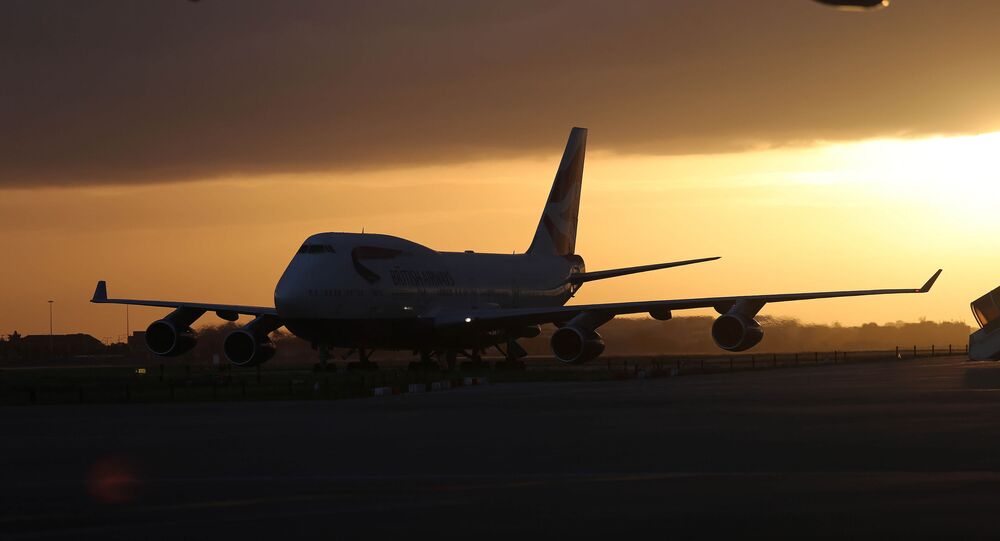 WASHINGTON (Sputnik) - The United States and the United Kingdom have agreed not to impose tariffs for the next five years on the large aircraft businesses between their countries and to instead challenge competitors like China, the two governments announced Thursday in a move aimed at resolving the long-running Boeing-Airbus dispute, among others.

“The United States and the United Kingdom today reached an understanding to resolve a long-standing trade irritant relating to large civil aircraft,” the Office of the US Trade Representative said in a joint statement by the two governments. “The framework provides that the US and the UK will work together to overcome any disagreements in the sector and counter non-market practices. It also provides that they will not impose tariffs related to this dispute for five years.”

The agreement was reached during US President Joe Biden’s visit this week to the United Kingdom and follows through with a similar US-European Union deal aimed at resolving the Boeing-Airbus aircraft subsidy dispute. With the United Kingdom’s EU exit last year, any broad agreement involving Europe has to be signed separately with Britain.

The US-UK agreement cited the need for American and British aerospace companies to face up competition from what they called non-market economies such as China.

“As part of (the) cooperative framework, the United States and the United Kingdom also released an annex on confronting China and other non-market economies,” the statement released on Thursday said, adding that this included cooperation on information sharing, inward/outward investments and joint analysis of non-market practices.

The dispute between the US-based Boeing and Airbus, which is manufactured by a European aerospace consortium whose component makers include UK companies, began in 2004 when the United States filed a case with the World Trade Organisation alleging that Airbus had received billions of dollars in illegal subsidies. The European Union retaliated, claiming that Boeing had been granted billions of dollars in 'trade-distorting' subsidies.

Over the years, both sides accused the other of refusing to negotiate any settlement and targeted one another with billions of dollars worth of tariffs during the presidency of Donald Trump.