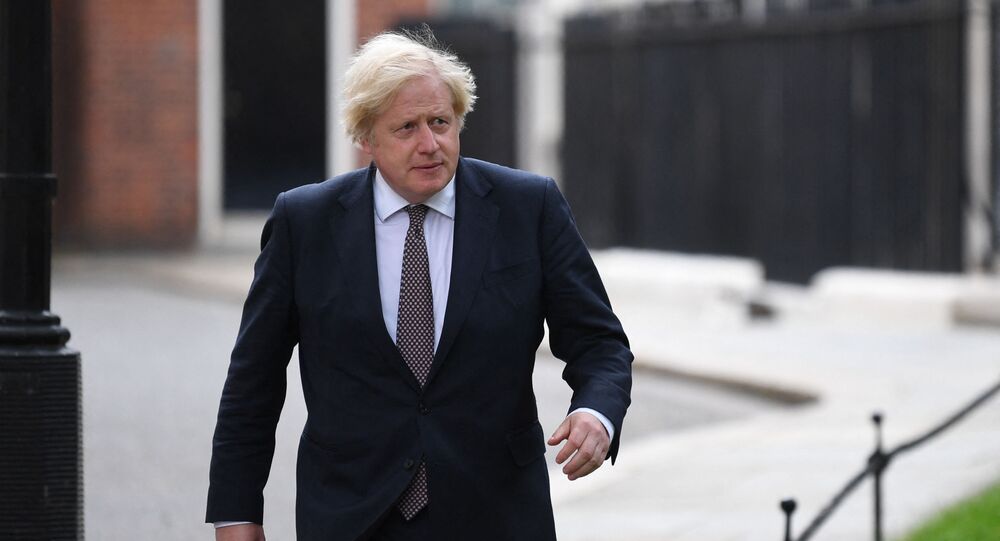 While the UK MPs are expected to vote on the international aid cuts on 13 July, the global philanthropists have reportedly pledged to stretch a helping hand to those deprived of UK assistance.

A group of non-profits, including the Bill and Melinda Gates Foundation, the Children's Investment Fund Foundation, the ELMA Foundation and George Soros' Open Society Foundations has reportedly vowed to fill the gap in international aid left by a UK government decision to slash this year's spending on overseas aid, from 0.7 percent of the country's gross national income, to 0.5 percent amid a coronavirus-inflicted recession.

While the Johnson government will diminish foreign aid, from roughly £15 billion ($20.7 billion) to around £10 billion ($13.8 billion), international philanthropists have pledged to give away £93.5 million ($130m) into causes that will be missing the money, according to the British media. The cuts, announced November 2020 by Chancellor of the Exchequer Rishi Sunak, came under heavy criticism from a dissenting group of Tories, including former Brexit Secretary David Davis and former Prime Minister Theresa May. The opponents of the measure are expressing concern that BoJo's decision may inflict damage on the global reputation of the UK. Philanthropists' response to No.10, however, is largely interpreted as an attempt to shame Johnson for defying a UK commitment maintained by both Tory and Labour politicians since the times of Prime Minister Tony Blair.

"I would say that the offer from these charitable foundations is an embarrassment for the British government," says Mark Garnett, a politics professor at Lancaster University. "Already the government has been embarrassed by their own policy because a small but significant number of Conservative MPs are very strongly opposed to cuts in aid, on the grounds that it damages Britain's international reputation as well as threatening the lives of thousands of aid recipients."

According to Garnett, the decision to cut the overseas aid budget was "clearly prompted by the fact that many Conservative Party supporters consider such aid to be a waste of taxpayers' money, often being granted to corrupt governments rather than helping people in genuine need." The same Tory supporters also tend to exaggerate the amount of money being annually spent by the UK on overseas aid, he notes.

"Thus for Johnson and his colleagues, cutting the budget looked like an easy way to please 'core' supporters as well as saving a very small fraction of government spending," Garnett underscores, adding that the non-profits' pledge indicates that the aid is not being wasted, as critics claim.

The government proposal has been widely criticised, making it hard to believe that it wil be approved if it goes to a vote in the House of Commons, notes Iain Begg, professor at the European Institute of the London School of Economics and Political Science.

Policymakers, activists and aid agencies have stepped up pressure on the British government during the last few months as well. Following Sunak's announcement on the forthcoming cuts, Baroness Sugg, a Foreign Office minister, resigned in protest, denouncing the move as "fundamentally wrong."

In early June, the Guardian quoted a letter written to the Foreign Office minister for Asia by aid agencies who warned that UK aid cuts would leave about 70,000 people without health services and 100,000 without water in Cox’s Bazar, Bangladesh. Yet another Guardian op-ed claimed that "Boris Johnson’s cuts to aid are so cruel that his own MPs are leading the revolt."

The Labour party and the influential Archbishop of Canterbury have also subjected BoJo to harsh criticism, recently urging the PM to reverse his decision concerning UK overseas aid, insisting that the move by the group of international philanthropists "underlines the harm caused by the decision," Sky News pointed out on Sunday.

© AP Photo / Kamil Zihnioglu
In this April 21, 2017, file photo, Philanthropist and co-founder of Microsoft, Bill Gates, right, and his wife Melinda react, prior to being awarded the Legion of Honour at the Elysee Palace in Paris

"The action by the philanthropists will add to the pressure on the government to change its mind, but it would not be a surprise if it had a perverse effect of provoking a reaction against them along the lines of 'why should billionaires determine government policy?'" suggests Iain Begg.

It appears unlikely, according to reports, that Boris Johnson will be embarrassed by the Gates or Soros financial pledge, according to Dr. Martin Farr, a senior lecturer of contemporary British history at Newcastle University. Farr believes that the philanthropists' initiative seeks not only to fill gaps in UK overseas aid funding, but also to embarrass the government over its change in policy. The academic explains that the British government is much more interested that the change of policy is broadly welcomed domestically.

"Foreign aid has never been a popular policy – the main reason that the Department for International Development (DFID), the department responsible, was abolished earlier in the year – and is even less so given the impact of the pandemic on the economy," Farr stresses. "The initiative will have the support of those concerned with aid and development – policy makers, NGOs, charities – but won’t be noticed by the public, and it’s public opinion with which the prime minister is most concerned."

In November 2020, a YouGov poll found that two thirds of Britons support cutting foreign aid. Explaining the trend, British Foreign Policy Group (BFPG), a London-based independent think tank, stressed that "the pandemic has also strengthened the zero-sum narrative around aid." According to the think tank's March survey, 72 percent of Britons support reducing or halting UK foreign aid spending during the COVID pandemic, while 28 percent believe it should be maintained or even increased.

"Indeed, in that the Brexit vote which ultimately brought Johnson to power, and the subsequent election that kept him there, was in large part a revolt against distant elites, internationalists and plutocrats, that the likes of Bill Gates and Bob Geldof," Farr presumes.

On 12 July, Leader of the House Jacob Rees-Mogg told MPs that on Tuesday there would be a debate and a binding vote on a motion surrounding UK Treasury restrictions on the overseas aid budget. According to the Spectator, if the motion is rejected, the 0.7 percent commitment will be reinstated from January 2022.