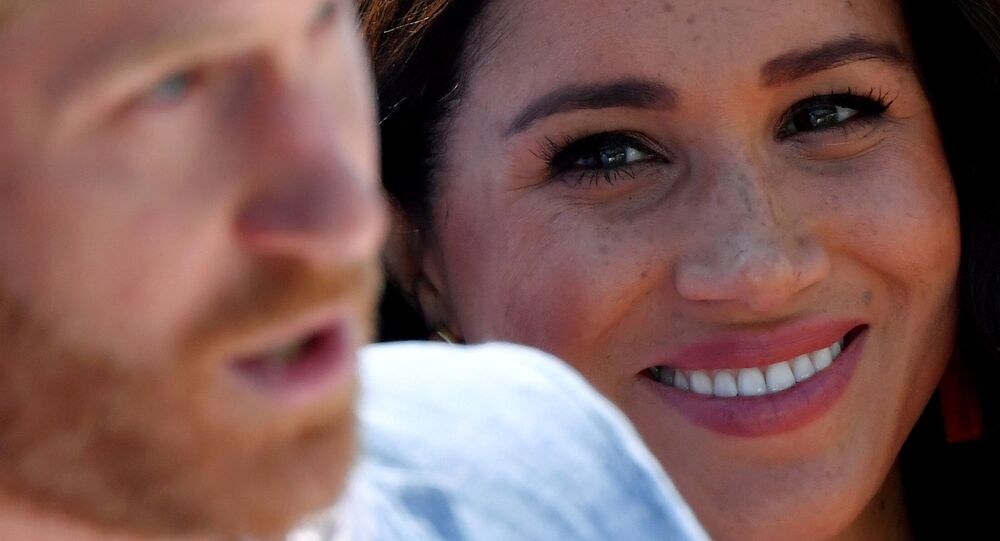 The duke of Sussex was spotted at Heathrow Airport heading back to LA just one day after he arrived in the UK to unveil a statue of Princess Diana in Kensington Palace’s Sunken Garden.

Prince Harry might have left the UK but he's expected to return in September for a much larger memorial event celebrating his mother, sources tell The Sun.

The royal may even bring his wife Meghan with him next time – she has not set foot on British soil since March 2020, when the Sussexes officially stepped down from their senior royal duties.

However, it’s still too early to say if she will be willing or able to make it after giving birth to the couple’s second child Lilibet Diana on 4 June.

As Prince William and Prince Harry reconnected at the Sunken Garden to unveil a statue of Princess Diana on what would have been her 60th birthday, many said the meeting would lay the foundations for brotherly reconciliation.

© REUTERS / POOL New
Britain's Prince William, The Duke of Cambridge, and Prince Harry, Duke of Sussex, react during the unveiling of a statue they commissioned of their mother Diana, Princess of Wales, in the Sunken Garden at Kensington Palace, London, Britain July 1, 2021

But the small ceremony, scaled down due to COVID restrictions, was cut short by Harry. The brothers were seen talking, despite the reported feud between them, but they didn’t have time to address all the outstanding issues, insiders have revealed.

“There were no peace talks and distance remains there,” one source shared with The Sun.

“It is a step forward but this was not the time or the place. September is a date pencilled in for a more extensive celebration of the statue, and Harry will want to return.”

The event is yet to be confirmed by the royal household but is expected to take place at Kensington Palace in September.

© REUTERS / POOL
Britain's Prince William, The Duke of Cambridge, and Prince Harry, Duke of Sussex, attend the unveiling of a statue they commissioned of their mother Diana, Princess of Wales, in the Sunken Garden at Kensington Palace, London, Britain July 1, 2021

According to royal biographer Robert Lacey, the relationship between the two brothers hit rock bottom after William warned Harry against rushing into marriage with American actress Markle. Ties soured even further after the Sussexes left Buckingham Palace to start an independent life across the pond. When announcing their bombshell decision, the couple promised to “balance” their time between the UK and North America, but have permanently settled in LA since, largely thanks to the COVID pandemic.

A year later, they let their feelings be known via American media, accusing the royal family of neglecting their mental health issues and failing to protect Meghan from the “racist” attacks of the British media. They also claimed in an interview with Oprah Winfrey that an unnamed senior royal had “concerns” about the skin tone of their baby Archie before he was born.

Later, Harry also attacked his father for not protecting him from the media following his mother’s death.