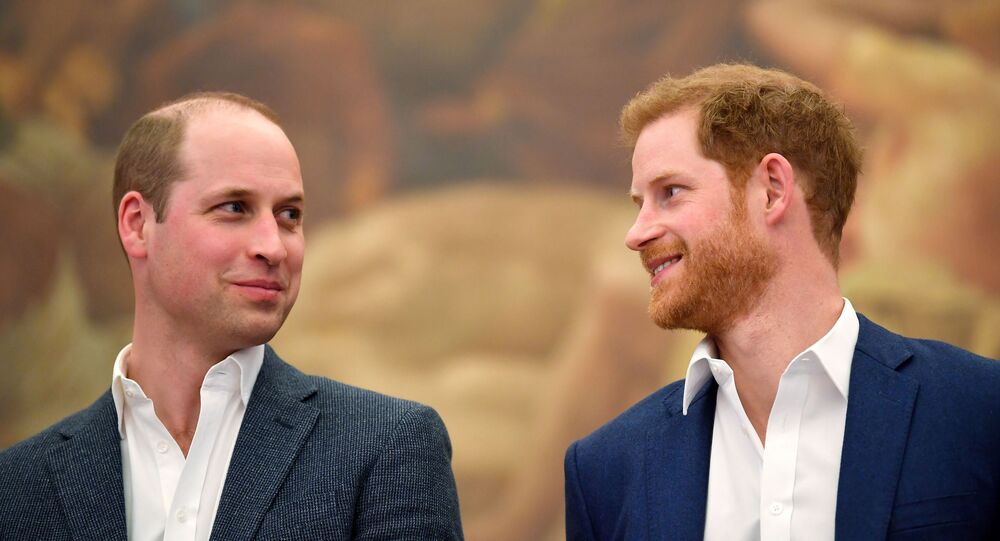 In 2017, Princess Diana’s sons Harry and William commissioned their late mother’s statue at the garden of Kensington Palace, where she had lived for 16 years.

Prince Harry is going to reunite with his older brother Prince William for the unveiling of Princess Diana’s statue on Thursday after he flew to the United Kingdom last week, leaving wife Meghan and two children behind in California.

The unveiling ceremony, which will mark what would have been Diana’s 60th birthday on the 1st of July, will take place at the Sunken Garden in Kensington palace. Royal sources spoke of a “small and a very personal” upcoming event; not many people are expected to join the ceremony due to COVID restrictions. Apart from the two brothers, the occasion will be overseen by members of the committee that was tasked with commissioning the statue’s creation, which included Diana's sister Lady Sarah McCorquodale, the late princess’ friend Julia Samuel, as well as Jamie Lowther-Pinkerton, who was Harry’s and William’s principal private secretary.

© REUTERS / HENRY NICHOLLS
A person looks on as a box covers the statue of Britain's Princess Diana installed in the Sunken Garden of Kensington Palace in London, Britain, June 30, 202

Sculptor Ian Rank-Broadley, who designed the statue, which was first commissioned by the brothers in 2017, will also be among the attendees.

The Sunken Garden, which was described as one of Diana’s favourite locations, was specifically redesigned for the event with over 4,000 flowers planted to honour the late princess’ memory, including her favourite forget-me-nots.

The event will be overseen by Diana's immediate family members, but neither the Queen, Prince Charles nor William’s wife Kate Middleton are expected to join. Kate’s absence has been linked to reported fears that Harry might feel “outflanked” by the crowd of British relatives, after he had failed to bring his wife and son Archie to the UK. Meghan, who just gave birth to her second child Lilibet Diana, stayed in the US to take care of the couple’s kids.

How Things Are Going Between the Two Brothers

William and Harry have not been on a good terms lately, according to royal biographer Robert Lacey, the author of the bombshell book "Battle of Brothers”. The two have reportedly quarrelled after William had warned his younger brother not to rush into the decision to marry Hollywood actress Markle. As the Sussexes ditched their senior royal duties last year and relocated to the United States, the brotherly relationship sank even further as Harry has continued to attack the family in the American media. As such, he described his brother and father Charles as being “trapped” in the royal institution in his and Meghan’s bombshell sit-down with Oprah Winfrey aired in March.

While Harry and William were spotted during an amicable conversation during the funeral of their grandfather Prince Philip funeral in April after being brought together by “peacemaker” Kate,  this moment still didn’t put an end to the fraternal feud, according to Lacey, who heard from the brother’s friends that the two had continued arguing after the ceremony.

“There they were, at each other's throats as fiercely as ever,” their long-time friend told the writer. “The rage and anger between those two has grown so incredibly deep. Too many harsh and wounding things have been said.”

Following Harry’s return to the US in April, he aired a mental health documentary co-produced with Oprah Winfrey, where the duke has again accused the senior royals – his dad Prince Charles in particular - of disregarding his mental health struggles following the mother’s death.

It’s not clear whether the two brothers had already met after Harry arrived in the UK, as he had gone to Frogmore Cottage for a five-day quarantine straight away. According to the Daily Mail, they have been in touch as they exchanged a few text messages after England defeated Germany in the Euro championships on 29th June – the win that effectively helped break the ice between the two brothers.

The Thursday event is anticipated by many to be a moment of truth that will reveal real their current state of relationship.