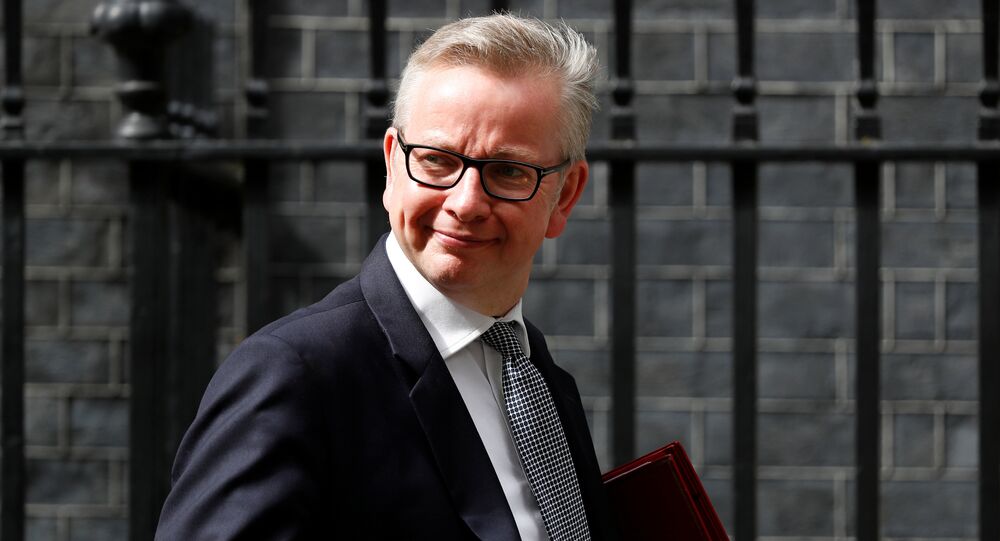 Cabinet Office Minister Michael Gove and his wife Sarah Vine - a columnist for the Daily Mail - have been married since 2001 and have two children. Just recently, Sarah Vine reflected upon the challenges of being married to a cabinet minister, in a piece about former Health Secretary Matt Hancock's affair with an aide.

UK Cabinet minister Michael Gove and his wife Sarah Vine have announced that they have “agreed to separate” and are to divorce after nearly 20 years of marriage.

“Michael and Sarah have agreed to separate and they are in the process of finalising their divorce. They will continue to support their two children and they remain close friends. The family politely ask for privacy at this time and will not be providing any further comment,” said a statement issued on behalf of the couple by their joint spokesperson.

Gove, 53 Chancellor of the Duchy of Lancaster, and Vine, 54, an award-winning columnist for the Daily Mail and The Mail on Sunday, were cited as having simply “drifted apart”.

“This is a difficult and sad decision for Michael and Sarah. It is an entirely amicable separation and there is no one else involved. They have drifted apart over the past couple of years but they remain friends. Their absolute priority is the children,” a friend of the couple was cited by the PA news agency as saying.

The power couple met on a skiing trip to Meribel in France and at one time both worked as journalists at The Times. Their son and daughter are both teenagers.

Michael Gove has been the Conservative MP for Surrey Heath since 2005. After being employed as arts editor and a columnist at The Times, Sarah Vine joined the Daily Mail in 2013.

News of the impending divorce comes hot on the heels of the bombshell revelations about Matt Hancock's affair with his aide. Hancock, 42, resigned as UK Health Secretary last Saturday following The Sun’s publication of footage showing him and Gina Coladangelo, 43, both married, violating COVID-19 restrictions, kissing each other at his Whitehall office.

Since the revelation of the romance between the pair, who have been friends for decades, Gina Coladangelo has reportedly left her husband, Oliver Tress, founder of British retailer Oliver Bonas, to move in with the ex-Health Secretary, who also allegedly left his wife of 15 years, Martha.

As it happens, just recently Sarah Vine opened up about how difficult it was to be married to politicians in her newspaper column. Reflecting on the Hancock affair, she wrote that “political marriages… rarely, if ever, manage to thrive under the pressures of public life".

"These women are still more or less the same person they were when they got married, but their politician men are not… Climbing that far up Westminster's greasy pole changes a person," wrote the soon-to-be divorced wife of Michael Gove.

Michael Gove and wife Sarah Vine are to divorce.

The timing of the newly-announced separation between the Westminster couple couldn’t go unnoticed by netizens. Many wondered if, perhaps, this was the “Hancock effect”.

This will come to be known as The Hancock Effect.

Seems to be catching ‘in the Westminster bubble’!

Probably getting out before more 💩hits the fan 🤣

What are the government trying to hide with this one?

Another one bites the dust, a lot of hubris in this Government.

All the Tories are at it.

Seems to be the cabinet norm. Who's next...

‘At Best Reckless, at Worst Folly’: Michael Gove Says ‘No Scottish Referendum’ Before 2024