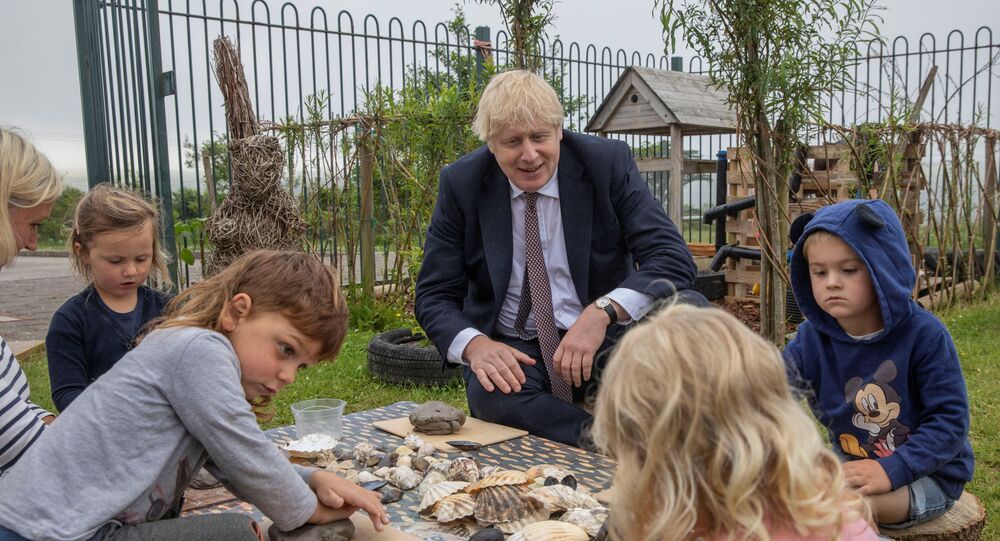 The Parliamentary Education Select Committee's chairman Robert Halfon called the theory of 'white privilege' — that all white people, even the very poorest, are privileged over non-whites and benefit directly from racism — "wrong-headed."

Labour MPs have lined up to alienate the party's traditional voter base, insisting poor white children benefit from "white privilege".

The main opposition party hit out at a Parliamentary Education Select Committee report which argued that the use of terms like of 'white privilege' contributed to "systematic neglect" of working-class white pupils.

Four Labour MPs on the committee objected to the wording and voted against the report.

​“Is it a coincidence that Downing Street seem to have a bit of an agenda on this specific area in electoral terms, in terms of which party represents the white working class?" asked committee member and Polar and Limehouse MP Apsana Begum — who will go on trial next month for alleged fraud in obtaining a council tenancy.

“I think there is a specific agenda here which borders into aligning itself with legitimising narratives which are quite dangerous around white supremacy,” Begum claimed.

Fellow Labour members Kim Johnson, MP for Liverpool Riverside, and Fleur Anderson for the posh London district of Putney, accused the conservatives of waging a “culture war” with the report.

​And Ian Mearns, MP for the working-class Tyneside seat of Gateshead, denied claims the four were ordered to vote against it by the party whip.

But the committee's Conservative chairman, Harlow MP Robert Halfon, called the concept of white privilege — that all white people, even the very poorest, are privileged over non-whites and benefit directly from racism — "wrong-headed", stressing his own Jewish immigrant heritage.

“I come from a Jewish background; my father was an immigrant and I know about antisemitism and racism and I despise them”, Halfon told The Independent.

​Former shadow home secretary Diane Abbott — who sent her son to the private City of London School — perversely appeared to argue the Tories should strive to represent all working people, not just the white working-class which voted overwhelmingly Conservative in the 2019 general election.

​Socialist Campaign Group co-chair Bell Ribeiro-Addy denied working-class children were disadvantaged by being taught they are responsible for historic racism, insisting funding levels were to blame.

And suspended Labour Leicester East MP Claudia Webbe — who also faces trial for making threats and harassing phone calls to another woman over a two-year period — claimed “white identity” was a product of “structural racism”.

​The row comes just nine days before Labour must defend the West Yorkshire constituency of Batley and Spen in a by-election where veteran anti-war campaigner George Galloway looks set to scoop up the large Muslim vote. A defeat for Labour following its May 6 loss of Hartlepool to the Tories and winning just 622 votes in Chesham and Amersham last week will increase pressure on leader Sir Keir Starmer to resign.