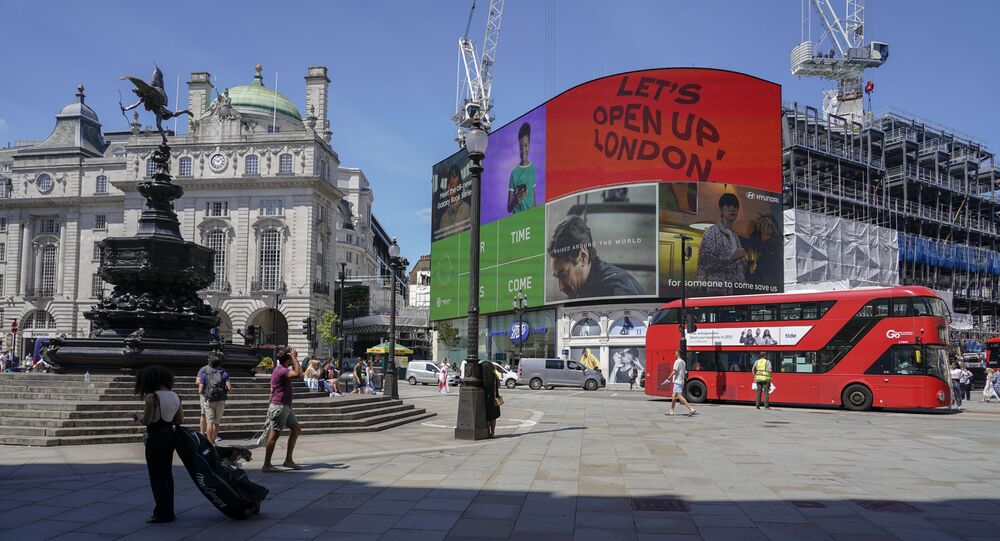 Despite Boris Johnson vowing that the announced postponement of the so-called ‘Freedom Day’, the date previously scheduled for removal of remaining COVID-19 restrictions across the UK, is a 'terminal point' for lockdown, he is facing a severe backlash for his move, reported the Daily Mail.

Tory MPs have expressed concerns that there might be a return to even tighter curbs in the autumn, with restrictions set to drag on through winter and beyond, as they warn of a “lockdown without end”.

In the wake of the decision to delay the fourth phase of unlocking from 21 June to 19 July, the Prime Minister has been accused of “panicking”.

“I don’t see the evidence for us suddenly panicking like this. If we are not careful we will drift into late summer and autumn, and the scientists will say, “You cannot unlock now because we are heading into winter”. Where are we going with all of this?”

As the Tory politician warned that the UK needed to get “business going so we can pay our taxes and can afford the Health Service and cut our borrowing”, he added:

“We seem to think there is only one risk and that risk is Covid and everything else is irrelevant. That is a serious problem.”

Amid the successful UK vaccination rollout, Stephen Hammond, ex-health minister, said it was “extraordinary we have more restrictions in place now than when we did not have the vaccine”.

Johnson was urged by former Tory Cabinet minister David Jones to “start liberating people again”, as he likened lockdown extensions to the repeated delays to Brexit.

“The Prime Minister has got to take control. Whilst he has to listen to experts, he has to exercise his own judgement and free people again. The impact on the morale of the country is going to be massive – it is a lockdown without end,” he said.

Commons Speaker Lindsay Hoyle deplored the fact that Boris Johnson announced the decision at a Downing Street press briefing instead of before House MPs.

Michael Gove, Chancellor Rishi Sunak, and Health Secretary Matt Hancock had all signed off on the four-week delay to ‘Freedom Day’ at a Covid O on Tuesday afternoon, with Boris Johnson putting the move to a debate and vote on Wednesday. Accordingly, new ensuing regulations will be laid down.

PM Calls to 'Ease off the Accelerator'

On Monday evening, accompanied by the PM’s chief medical and scientific officers Professor Chris Whitty and Sir Patrick Vallance, Johnson addressed a Downing Street press conference to argue that it was “sensible to wait just a little longer" with removing all remaining COVID-19 lockdown restrictions.

Weddings and wakes with more than 30 people can go ahead in England from 21 June "provided social distancing remains in place", says PM Boris Johnson

​The Prime Minister said that the respiratory disease cannot be “eliminated”, and the country will have to learn to “live with it.” He added that it was imperative to “give the NHS a few more crucial weeks.”

“I think it is sensible to wait a little longer. Now is the time to ease off the accelerator.”

Johnson said the delay would be used to get more people vaccinated against the virus, emphasising that the target for every adult to receive a first dose would be brought forward to 19 July, with administering of second jabs to over-40s accelerated.

78% of their adult population has had at least one vaccination dose, which apparently doesn’t matter

​The decision had been prompted by a warning from scientists regarding the spread of the so-called “Indian”, or as the World Health Organization (WHO) has dubbed it, the “Delta” variant of the virus.

Modelling submitted to the Scientific Advisory Group for Emergencies (SAGE) showed how a potential third COVID-19 wave might affect NHS hospitals, and also looked at how many people could die each day, with Warwick University researchers estimating that the “Delta” variant is 56 per cent more transmissible, and that fully vaccinated people are granted 90 per cent protection against hospital admission.

© AFP 2021 / TOLGA AKMEN
People queue to enter an NHS Covid-19 vaccination centre in Westfield Stratford City shopping centre in east London on February 15, 2021 as Britain's largest ever vaccination programme continues. - Prime Minister Boris Johnson called Britain hitting a target of inoculating 15 million of the most vulnerable people with a first coronavirus jab "a significant milestone", as the country prepared for the next phase of its vaccination programme. (Photo by Tolga Akmen / AFP)

Patrick Vallance sought to allay fears, adding that the vaccines were effective, and rolling out first doses for people as young as 18 would "reduce the spread" of the virus by providing a "barrier" to transmission.

In last 24hrs there were 3 deaths from #COVID19 in the UK, 79.2% of adults have had one vaccination and 56.9% have had two. Despite this the Delta variant is causing major concerns and the lifting of lockdown has been postponed. I hope Europe and N America are watching. pic.twitter.com/ucAxFduuIS

Chief medic Chris Whitty told the briefing that hospitalisations had risen 61 per cent in the North West in just a week, adding:

“The assessment of risk has fundamentally shifted.”

Vaccine rollout will now be intensified, with jab dosing intervals slashed to eight weeks. As a result, around two thirds of adults could potentially be “double-jabbed” by 19 July.

As a result of the measures, government experts hope to see hospitalisations reduced by between half and a third, preventing “thousands” of deaths which otherwise modellers warn of. According to the latter, hospital admissions could reach 2,000, with daily deaths possibly spiking to 250 or even 500.

What Does ‘Freedom Day’ Delay Mean?

Since 17 May – when the “third” stage of unlocking took effect - all “non-essential” shops and other businesses have been allowed to open. Pubs, restaurants and cafés were allowed to serve customers indoors as well as outside, albeit subject to social distancing, mask-wearing and track and trace restrictions.

Nightclubs remain closed, with theatres and sports venues operating at a fraction of their full capacity.

Attendance at weddings and funerals has been restricted to 30 guests. The new move means that current rules will essentially remain in place until July 19. The edict to work from home where possible also remains in place.

There will, however, be a degree of easing on the rules for weddings, with the 30-person limit on services and receptions ditched. Venues will still be restricted by how many they can accommodate while respecting social distancing rules.

Boris Johnson also offered a “break clause” with another review of the situation in two weeks' time.

An adamant PM insisted no further delay beyond 19 July would be coming.

“As things stand now... I am confident we won't need more than four weeks and will not need to go beyond July 19,” said Johnson, conceding “the possibility that there is some new variant that's far more dangerous, that kills people in a way that we currently cannot foresee or understand.”