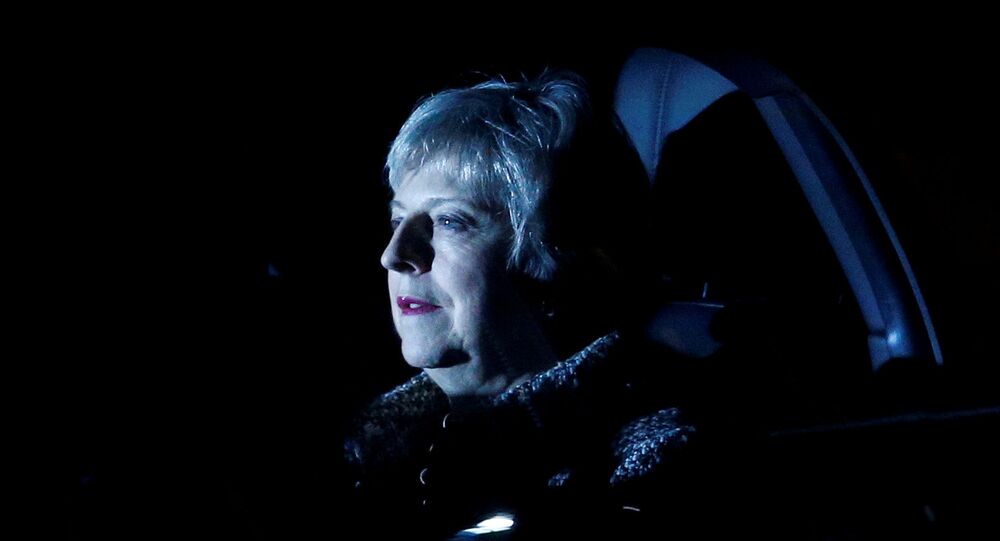 Theresa May, who served as the UK's prime minister between 2016 and 2019 before resigning early, has so far not publicly expressed any interest in taking the top post in the alliance.

UK Defence Secretary Ben Wallace has suggested in an interview with the magazine Formiche that the country's former Prime Minister Theresa May would be an "excellent candidate" to become the next secretary general of NATO.

"Theresa May was a fantastic prime minister in really tough times. I worked with her as the security minister. She would be an excellent candidate", the defence secretary said.

The UK government has not yet come up with an official candidate for the role, Wallace noted, adding that London and NATO still "have a lot of work to do" before a new chief of the alliance is elected. The defence secretary noted that in any case, Britain wants to play a "vital role" in NATO, being its top contributor among European nations.

There has so far been no word of the alliance's members starting deliberations regarding the next secretary general. However, they are meeting on 14 June in Brussels and it's possible that the first discussions might start there.

Stoltenberg has been serving as secretary general since October 2014 and had his term extended recently until 30 September 2022, meaning the "race" to replace him is still in its early stages. NATO secretary general elections are an informal process carried out via member-states' discussions of potential candidates until they all agree on one individual.

While the NATO treaty does not indicate any limits on who might become secretary general - essentially a diplomat, who coordinates the member states – normally a European holds this office, while an American serves as the Supreme Allied Commander Europe. The last time a Brit held the office of NATO secretary general was between 1999 and 2003 when ex-Defence Secretary George Robertson was in charge of the alliance.

Stoltenberg: NATO Does Not See China as Adversary, Will Include Beijing in New Strategy

Stoltenberg: NATO Ready to Cooperate With Russia Through Existing Channels of Communication