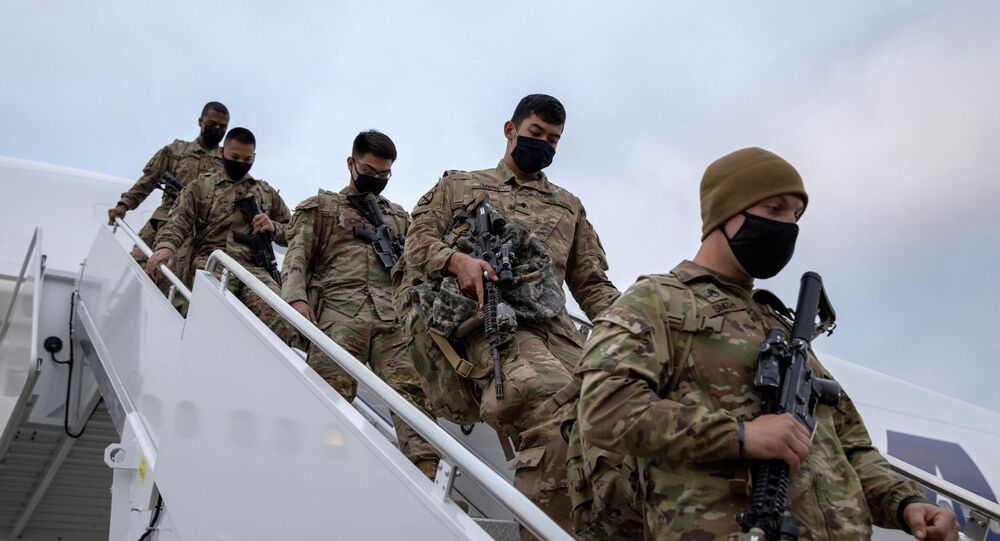 WASHINGTON (Sputnik) - US Secretary of Defense Lloyd Austin assured NATO allies on Thursday that the United States will not withdraw from Afghanistan in a hasty or disorderly manner, the Pentagon said in a statement.

"He told the Allies that the US is conducting a thorough review of the conditions of the US-Taliban Agreement to determine whether all parties have adhered to those conditions. And he made clear that he is committed to consulting with Allies and partners throughout this process. He reassured Allies that the US would not undertake a hasty or disorderly withdrawal from Afghanistan," the statement said.

Austin also indicated that the US is reviewing the terms of the agreement between the country and the Taliban and how the Taliban is complying with it.

Austin spoke at the second and final day of the NATO Defense Ministerial.

The Biden Administration stated earlier this month that it has not yet decided on the military postures in Iraq and Afghanistan following the previous administration's decision to withdraw a significant number of troops.

At the end of his presidential tenure, former President Donald Trump announced significant reductions in military contingents in Afghanistan and Iraq, with the number of US troops in Afghanistan reduced from 14,000 to 2,500.

In return for counterterrorism guarantees, the US-Taliban agreement, the first in more than 18 years of war and signed in February last year, mandated the US to withdraw all troops. US officials, however, have said that the Taliban have refused to break from al-Qaeda*, as was required by the agreement.\