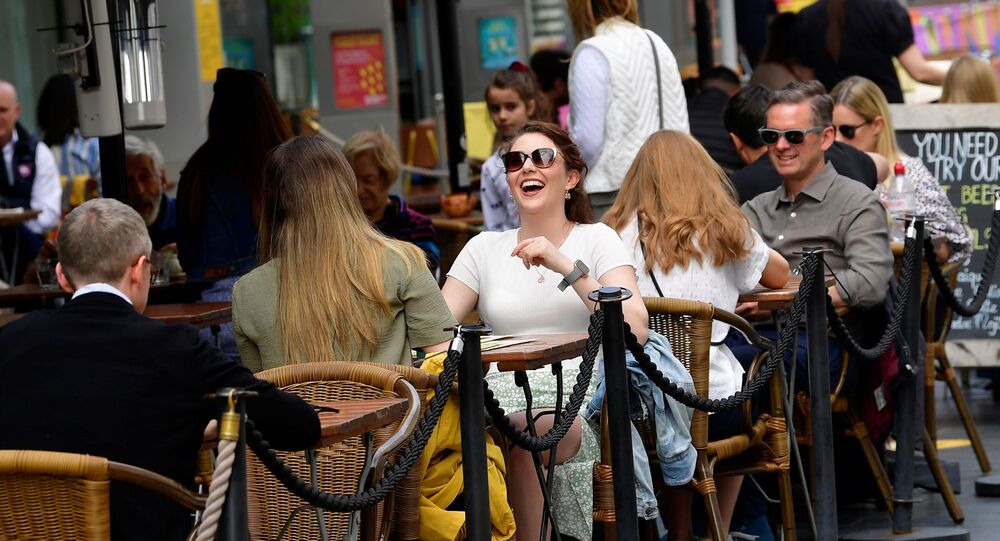 Earlier, despite a successful vaccine rollout and falling coronavirus cases, PM Boris Johnson’s government was advised by experts to wait for latest data on COVID-19 to be “scientifically considered” before deciding whether to fully lift the national lockdown on 21 June.

As the UK anticipates a potential lifting of all legal restrictions on social contact from 21 June, the country has announced zero daily COVID-19-related deaths from the virus for the first time since the beginning of the pandemic in March 2020.

According to an announcement made on Tuesday by Public Health England, in the previous 24 hours there had been no deaths within 28 days of a positive coronavirus test.

Despite health experts conceding that reports of daily deaths are often lower at weekends and at the start of the week, nevertheless, the symbolic data has been hailed by officials as the result of a successful vaccination program.

Some 65 million doses have been administered to nearly 40 million people across the UK, which is nearly 75 per cent of the country's adult population.

Health Secretary Matt Hancock went on Twitter to applaud the fact that “the vaccines are clearly working”, while cautioning people that “we haven't beaten this virus yet”.

The whole country will be so glad there were no covid related deaths recorded yesterday. The vaccines are clearly working - protecting you, those around you and your loved ones.

​The latest figures also reported another 3,165 new cases of the coronavirus during the same 24-hour period, as compared with 3,383 on Monday and 2,493 a week ago.

The slight rise of cases during May has been linked with the spread of the so-called Indian variant of SARS-CoV-2, which the World Health Organisation said on Monday will now be referred to as the “Delta variant” of COVID-19.

Known as B.1.617.2, this variant is believed to be more transmissible and more resistant to vaccines, particularly after just one dose.

The emergence of “hotspots” of the virus strain in Britain have prompted government scientists to voice apprehensions, with some warning the UK is in the early stages of a third wave.

As England is set to finally remove all caps on how many people you can meet indoors and outdoors and venues such as nightclubs are set to reopen on 21 June, there have been calls to delay the proposed relaxing of restrictions.

A final decision on lifting all legal restrictions on social contact as part of the government's roadmap out of lockdown, announced back in February, will be reached on 14 June.