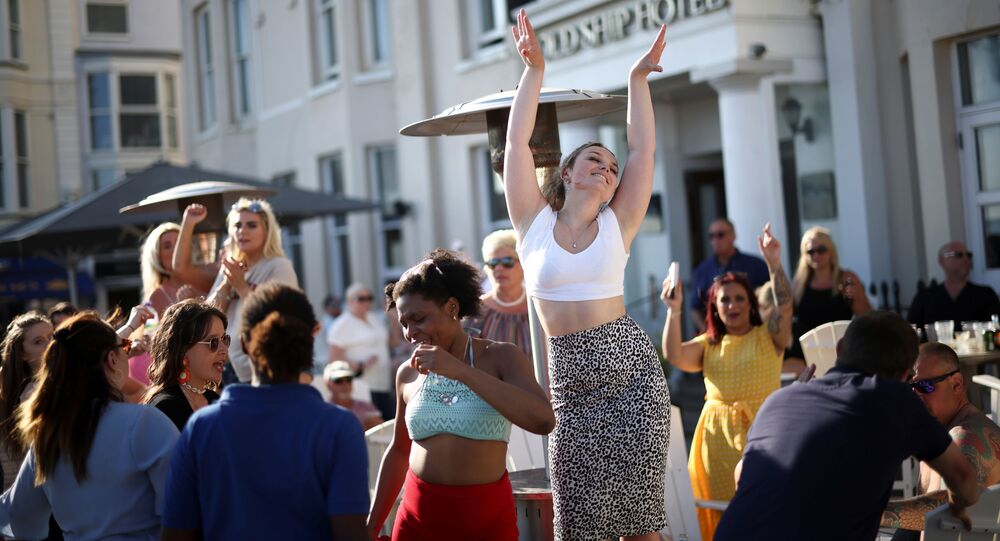 Under the UK government’s road map out of lockdown, unveiled in February, all legal restrictions on social contact are to be removed from 21 June, with the final decision on easing the protocols installed to fight the coronavirus pandemic set to be taken on 14 June.

Boris Johnson’s government has been advised by experts to wait for latest data on COVID-19 to be “scientifically considered” before taking a decision on whether to fully lift the national lockdown on 21 June, which has been dubbed “Freedom Day”.

The UK has been described as having reached a “pivotal moment” in its fight against the coronavirus pandemic by the British Medical Association at a Tuesday briefing, cited by The Guardian.

“We are at a pivotal moment in battling against the virus in the UK, and with the June 21 date signifying an end to all legal restrictions and allowing normal social mixing of people. Yet since the road map was announced, we have seen the emergence of a highly-transmissible new variant and significant escalation of cases - and in the last week a reversal of a downward trend into seeing increases in hospital admissions and deaths,” council chair Dr. Chaand Nagpaul was cited as saying.

The medical scientific community called on the Prime Minister to recall his earlier pledge, made in February, when unveiling the roadmap to easing lockdown restrictions across the nation, to be guided by “data not dates”.

Ministers have earlier said that no decision will be made until 14 June - a week before the restrictions are due to be lifted.

As more than 39 million people in the UK have received at least one dose of a coronavirus vaccine - almost 75 percent of the adult population, with close to 25 million having had a second jab, experts have urged ministers to speed up second doses as “critical” to controlling the spread of the coronavirus variant of concern first detected in India.

The variant of SARS-CoV-2 that WHO said on Monday will now be referred to as the “Delta variant” of COVID-19 is continuing to spread across England, with cases emerging beyond “hotspot” areas.

Known as B.1.617.2, it is believed to be both more transmissible than the variant first detected in Kent, and somewhat more resistant to vaccines, particularly after just one dose.

The strain is believed to be driving a rise in COVID-19 cases in parts of the UK and potentially threatens to derail plans “freedom day”.

“At the same time, we know the second vaccine doses are critical to controlling the spread of the new variant. A premature ending of all legal restrictions which then resulted in a surge of infections would undermine our health service's efforts to tackle the biggest level of backlog of care it has ever faced. It would also add further demands on staff who are exhausted, both mentally and physically,” stressed the British Medical Association council chair.

Professor Ravi Gupta, a leading scientific adviser to the UK Government, echoed calls to delay the lifting of restrictions scheduled for 21 June by “a few weeks”, warning of the coronavirus's ability to adapt despite the widespread rollout of vaccines.

Increased socialisation after last month's phase of restriction lifting, said the member of the New and Emerging Respiratory Virus Threats Advisory Group (Nervtag) appearing on ITV's Good Morning Britain, was anticipated to result in “quite a lot” of hospital admissions.

As he underscored that it was still too early “to put the vaccine straight up against the virus”, Professor Gupta argued that a delay of a few weeks could have a significant impact on the nation’s battle against the pandemic.

A warning has also been issued regarding “mini COVID volanoes” by Dr Lisa Spencer, of the University of Liverpool, speaking on BBC Radio 4's Today programme.

“There are a few hotspots as we have been hearing on the news around the UK. These are areas where the variant first identified in India seem to be causing the majority of the infections spreading quickly. And these hospitals represent mini Covid volcanoes,” Spenser said.

The respiratory physician added that unless these “volcanoes” were treated with due care, they could “explode and send a massive gas plume across much more of the UK.”

Yet another person has died within 28 days of testing positive for COVID-19 as of Monday, according to the latest government figures. This brings the UK death toll total to 127,782.

Data from the Office for National Statistics show that, as of 9 am on Monday, there had been a further 3,383 lab-confirmed cases in the UK. The 22,474 cases confirmed between 24 May - 30 May was 26.8 per cent higher than the previous seven days.