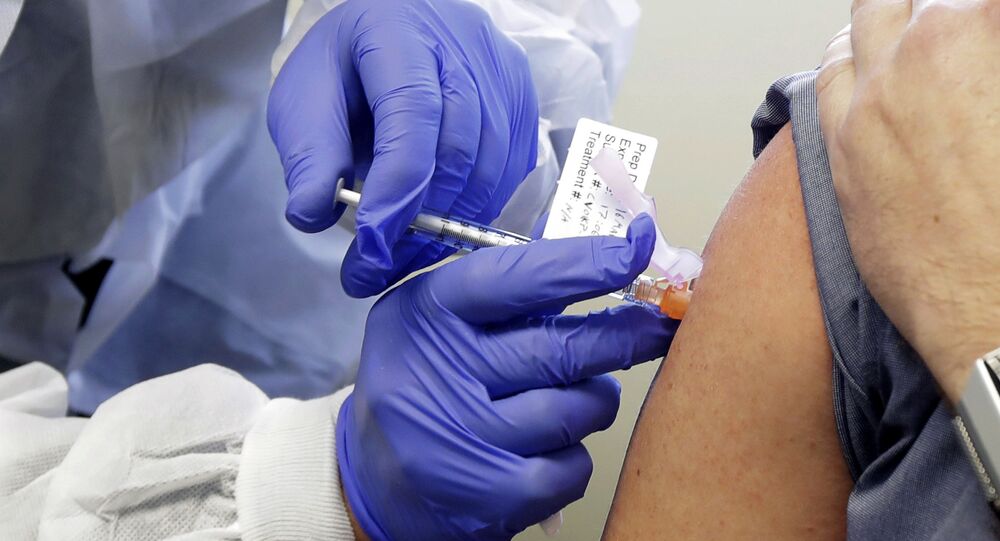 Earlier, the heads of the World Health Organisation, International Monetary Fund, World Bank Group and World Trade Organisation issued a call in newspapers around the world urging rich countries to give more vaccines to poorer nations to “close the vaccine gap” or risk seeing the virus rebound and new variants emerge.

A cross-party group of MPs and peers, joined by some Tory backbenchers, have put pressure on Boris Johnson to boost coronavirus vaccine supplies to poorer nations facing a “desperate shortage” of jabs, reported The Guardian.

It was pointed out to the UK Prime Minister that it was his “moral duty” to endeavour to match each vaccine administered at home, where the inoculation was proceeding at pace, with a donated dose to developing countries across the world, according to a letter to Downing Street, cited by the outlet.

UK Vaccination Figures (As of 30th May):

“The longer we wait to act, the more likely it is that dangerous variants could emerge that can evade the protections offered by current vaccines,” warned the group of over 100 politicians in the letter.

The group emphasised that the current spread across the UK of the COVID-19 variant first identified in India was further proof that all countries ought to be granted equal vaccine access.

While applauding the commitment of government ministers to a United Nations-backed Covax scheme, supplying vaccines to developing countries, the group strongly urged the UK to step up donations to meet the “urgent demand” for jabs faced by low-income countries.

© REUTERS / AMIT DAVE
A healthcare worker gives a dose of COVISHIELD, a coronavirus disease (COVID-19) vaccine manufactured by Serum Institute of India, to a woman inside a classroom of a school, which has been converted into a temporary vaccination centre, in Ahmedabad, India, May 1, 2021

In February, British Prime Minister Boris Johnson vowed to donate the UK's surplus supply of coronavirus vaccines to poorer countries, while stopping short of offering a specific timescale. Johnson is now being urged to “show leadership on this critical issue”.

Furthermore, regarding domestic vaccine production, the group suggested it be boosted to allow Britain to become a net exporter of vaccines. It advised the government to support waiving intellectual property rights on new COVID-19 vaccines at the World Trade Organisation, arguing that this would promptly ramp up vaccine manufacturing abroad.

Despite Washington’s recent shift in stance to support the deal, it is still being debated at the World Trade Organisation (WTO) as negotiations resumed Monday, sources close to the talks were cited by Reuters as saying.

A revised draft had earlier been submitted by India, South Africa and dozens of other developing countries. Britain is one of around 10 countries that are reportedly still sceptical about the waiver.

Pharmaceutical companies have also been claiming that granting the waiver could hurt future innovation, while failing to result in the swift production of coronavirus vaccines.

© REUTERS / MONICAH MWANGI
A health worker talks to her colleagues as they prepare to receive the AstraZeneca/Oxford vaccine under the COVAX scheme against coronavirus disease (COVID-19) at the Kenyatta National Hospital in Nairobi, Kenya March 5, 2021.

Dan Poulter, former Parliamentary Under-Secretary of State for Health Services, who is currently the vice-chair of the all-party parliamentary group (APPG) on coronavirus, called upon ministers to “use the same resolve” that helped to boost the UK’s much-touted vaccine rollout to “help vaccinate the world”.

“This is no time for complacency. The public will not be truly safe as long as the pandemic continues to surge overseas. Until we match the success of the UK vaccination programme across the world, we will continue to be at the mercy of new Covid variants here at home,” Poulter, a former hospital doctor, added.

As the UK Prime Minister is set to chair the G7- a gathering of the most economically powerful countries in the world - in Cornwall from 11 June, in the run-up to the summit, the signatories said Johnson should “lead the way in promoting more equitable global access to Covid-19 vaccines”.

The longer health workers, teachers and social workers remain unprotected against COVID-19, the greater the risk to their health, and the health, safety and opportunities for children.

In response, a government spokesperson was cited as saying:

“We are one of the largest donors to Covax, providing £548 mln to fund over a billion vaccines to lower-middle income countries this year. This funding has so far helped to provide vaccines to more than 120 countries and territories, including 38 across Africa. The UK will share the majority of any future surplus vaccines from our supply with the Covax pool when these are available.”

The pressure on the UK Prime Minister comes as the heads of the World Health Organisation, International Monetary Fund, World Bank Group and World Trade Organisation issued a plea addressed to the richer countries across the globe to donate more vaccines to poorer nations.

Splashed across the front pages of newspapers around the world on Tuesday, including The Telegraph, Der Spiegel, la Repubblica, Le Monde and The Washington Post, the call also warns that unless the “vaccine jap” is closed the world risks new variants of the coronavirus emerging, entailing further lockdowns.

"Increasingly, a two-track pandemic is developing. Inequitable vaccine distribution is not only leaving untold millions of people vulnerable to the virus, it is also allowing deadly variants to emerge and ricochet back across the world. Even countries with advanced vaccination programmes have been forced to reimpose stricter public health measures. It need not be this way," they write in the article.

The heads of the organisations also urged $50bln (£35bln) in new spending commitments towards aiding developing nations with vaccination schemes.

The speed of the global vaccination campaign has increased.

Every day 31 million people now receive a COVID vaccination according to our latest data.

[All our data for all countries and many more metrics is here:https://t.co/7lOyDamxxx] pic.twitter.com/Gv58sxo8X4

The previous vaccination targets of 30 percent of the world’s population by the end of 2021 should rise to 40 percent, and 60 percent by the first half of 2022, they insist.