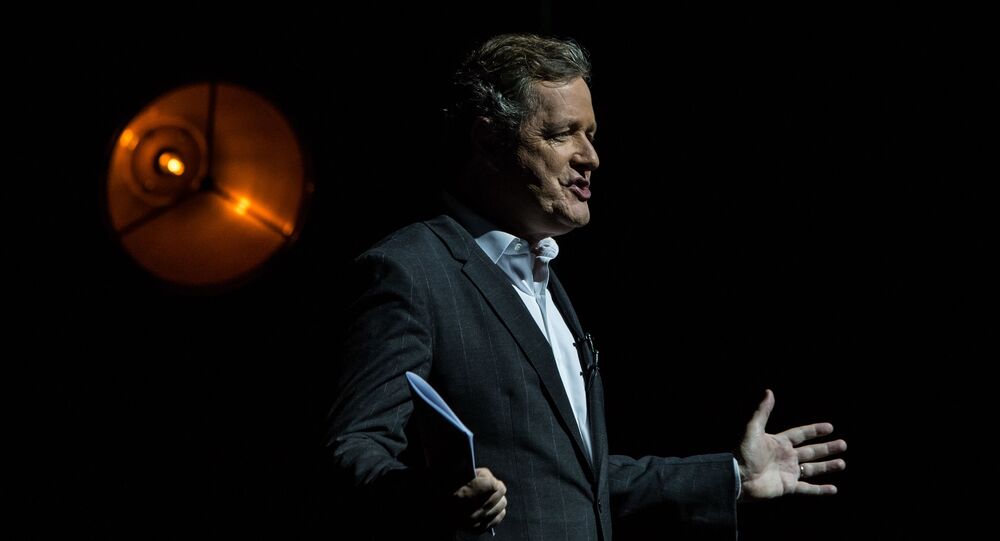 'They Reached Out': Ex-GMB Host Piers Morgan Claims ITV Chiefs Want Him Back

In early March, Morgan walked out in the middle of an episode of "Good Morning Britain" (GMB) after weatherman Alex Beresford accused the GMB host of harbouring a personal grudge against the Duchess of Sussex.

UK journalist Piers Morgan has revealed that bosses from the British television network ITV want him to return to "Good Morning Britain" (GMB), a few months after his explosive exit from the morning show following his comments about Meghan Markle.

"They reached out — there have been approaches. Never say never. I have no doubt I could take the ratings back to where I left them — but the doubt is, would anyone be allowed to do it that way again?", the 56-year-old told The Sun.

He added that he has had "some quite random third-party feelers put out to see" if he would "consider a return to the show".

Morgan went on to say that it makes him "sad" to see all the hard work he did "to beat the BBC in viewing numbers evaporate so fast".

"I honestly think us overtaking the BBC on my final day is one of the proudest things I have ever done. It was something nobody ever thought possible. I would seriously consider (going back) if I could rip it all up, and do it my way. If I could produce it as well as present", the ex-GMB anchor pointed out.

He also told The Sun that ITV had not offered him therapy or "any support" because "no one cares about people" like him and "it doesn't work the other way".

The interview came after media reports said that "Good Morning Britain" had lost at least 500,000 viewers since early March, when ITV announced that Morgan was quitting the show for good after he clashed on air with weatherman Alex Beresford.

© REUTERS / MARIO ANZUONI
Piers Morgan Calls Meghan Markle 'Princess Pinocchio', Claims Her Lies Forced Him Out of GMB
Earlier that month, the 56-year-old made some strong remarks about the Sussexes' bombshell interview with Oprah Winfrey, saying that he didn't believe "a word" Meghan Markle said about her "suicidal" thoughts and that she was denied help from the royal household over her mental health struggles.

Morgan's comments prompted over 41,000 complaints to British regulator Ofcom, with Markle reportedly contacting ITV chiefs through representatives over concerns that the anchor's remarks could discourage mentally ill people from getting help.

From Love to Hatred: How Piers Morgan's Relationship With Meghan Markle Evolved Over Time