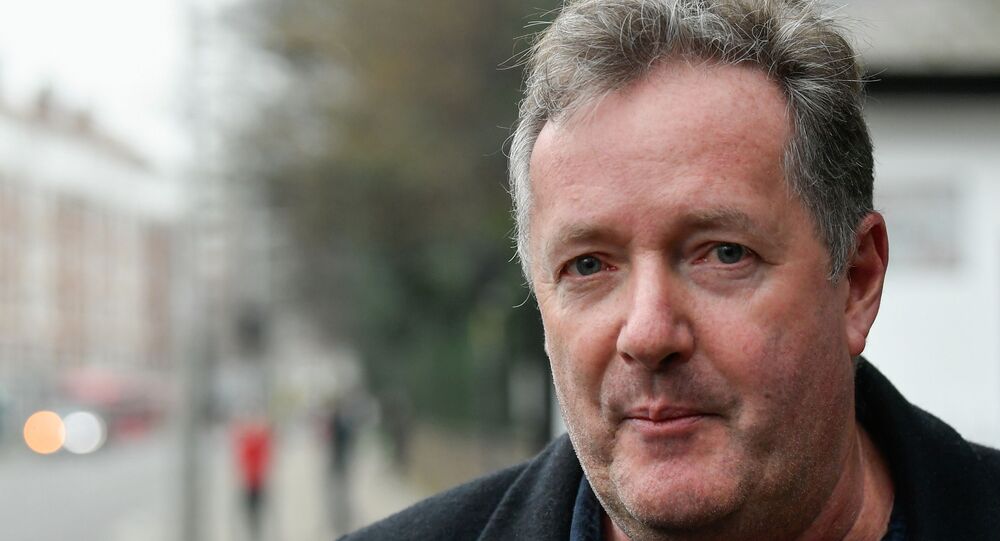 'My Truth': Piers Morgan to Spill the Beans About ITV Exit Over Meghan Criticism

Piers Morgan left broadcaster ITV in early March amid controversy over his questioning Prince Harry and Meghan Markle's claims of victimhood — as members of the most privileged family on the planet, the Windsors.

Veteran British journalist Piers Morgan has vowed to tell "MY truth" about leaving ITV's Good Morning Britain over his criticism of Prince Harry and Meghan Markle.

Fox News will broadcast an interview with the former Daily Mirror editor by host and political commentator Tucker Carlson on Monday at 4pm US Eastern Time. Carlson hinted heavily that Morgan will say he was sacked for daring to question the renegade royals' claims of victimhood.

"Piers Morgan was banished from television for asking a simple question: How is it that the most privileged people in our society get away with posing as the most oppressed?" Carlson says in his trailer for Monday afternoon's interview.

"For asking that they crushed him — they took his job away. On Monday we will speak to Piers Morgan for his first wide-ranging on-camera interview since he was cancelled."

ITV announced Morgan's departure after he stormed off the set during a live broadcast in early March, after the programme's weatherman attacked him over his criticism of the Duke and Duchess of Sussex's tell-all interview with US Talk Show host Oprah Winfrey.

© AP Photo / Jae C. Hong
Piers Morgan Reveals His Only Regret About Leaving GMB After Meghan Markle Scandal
The channel received over 40,000 complaints over Morgan's description of the couple as "hypocritical brats" and his scepticism of Markle's claim that members of the royal household told her she couldn't see a psychiatrist over her "suicidal" feelings.

Morgan simply tweeted that it was time for the US to "hear MY truth" — a dig at Winfrey's comment to the Sussexes that the royal family was hearing "your truth".

​Harry, the sixth in line to the British throne, used the interview to claim that the UK news media was "racist", which producers illustrated with a montage of headlines — of which a third were from non-UK gossip magazines. Harry's comments prompted an angry response from the Society of Editors, while ITV removed four headlines described as "misleading" when it broadcast the interview in the UK.