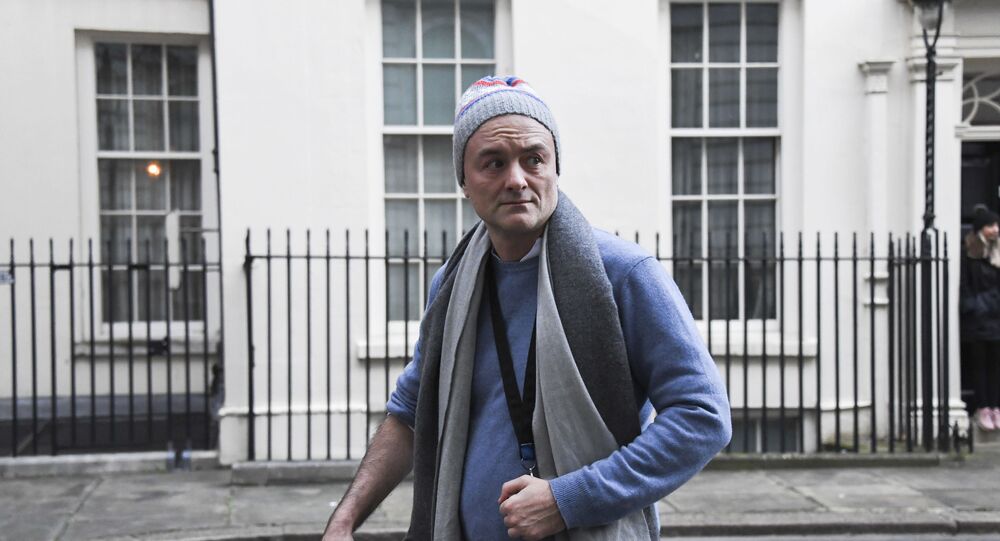 The ongoing quarrel between the British PM, Boris Johnson, and his former 'power broker' and adviser, Dominic Cummings, tensed last month as Cummings confronted his ex-boss, questioning, among other things, government competence in the pandemic response. Insiders suggest he would soon take a hard line on the PM, providing more scandalous details.

Dominic Cummings on Saturday tweeted accusations that the British health secretary, Matt Hancock, lied when he said that the government does not intend to acquire herd immunity.

In a lengthy series of tweets, the former adviser to Boris Johnson claimed that what he referred to as the catastrophic levels of COVID-19 cases and deaths that Britain faced during the pandemic could have been avoided, as well as the lockdowns, if "competent" people had been at the helm.

Cummings tweeted that the March lockdown was necessary only because of “awful decisions.”

37/ If we'd had the right preparations + competent people in charge, we wd probably have avoided lockdown1, *definitely* no need for lockdowns 2&3. Given the plan was AWOL/disaster + awful decisions delayed everything, lockdown1 became necessary

Cummings also alleged that the plan to achieve collective herd immunity was “literally the official plan in all docs/graphs/meetings until it was ditched.”

38/ Media generally abysmal on covid but even I’ve been surprised by 1 thing: how many hacks have parroted Hancock’s line that ‘herd immunity wasn’t the plan’ when 'herd immunity by Sep' was *literally the official plan in all docs/graphs/meetings* until it was ditched

On 24 April, Cummings opined in a personal blog that the UK prime minister carried out unethical, or even illegal, schemes to pay for the renovation of his apartment, purportedly through a Tory donor.

In addition, Cummings this week tweeted a 29-message thread, blasting London measures against the coronavirus pandemic for “putting the wrong people in wrong jobs with destructive incentives.” He additionally claimed that borders would have been opened far earlier if the government had not hesitated to halt travel from countries with a high COVID-19 surge, such as Spain.

The former Downing St. insider also pledged to expose more documents regarding how Johnson has dealt with a crisis in the healthcare system. Cummings is also expected to testify to Parliament on 26 May as part of a probe into the UK’s pandemic response.

Johnson’s former senior adviser, Dominic Cummings, left Downing Street on the evening of 13 November 2020. Said to have been an 'architect' of Brexit, Cummings became one of Johnson’s most powerful insiders and was said to have significant impact on the UK PM.

The former aide was reportedly actively involved in crucial government work, including tough negotiations with the EU over the Brexit trade deal. Many called for the advisor’s resignation after he was twice spotted traveling with his family during the summer to distant locations in the commonwealth amid stringent COVID-19 restrictions.