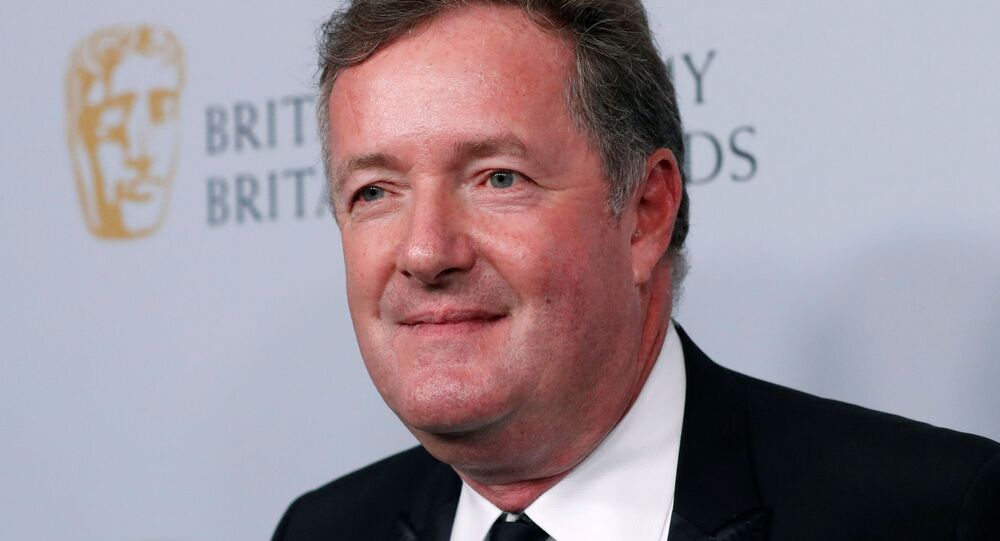 The British journalist has a checkered past when it comes to the Duchess of Sussex. Morgan initially praised Markle and said she would be a perfect wife for Prince Harry, but later started berating Markle, calling her a "social climber". His сriticism reached its peak when the Sussexes announced their decision to quit royal life.

Morgan previously claimed that he had resigned from GMB after ITV bosses asked him to apologise for the statements he made about Meghan Markle following the bombshell interview the Sussexes gave to US talk show host queen Oprah Winfrey. During the two-hour conversation, the couple made several sensational claims against the Royal Family. Meghan Markle said she became suicidal while living in the palace, but сlaimed palace staff refused to assist her when she turned to them for help.

The Duchess also alleged that Buckingham Palace has been perpetuating falsehoods about her and Prince Harry and claimed that one member of the family was concerned about the potentially dark skin of their firstborn child, Archie.

Morgan said he didn't "believe a word" the royal said and called the allegations a "disgraceful betrayal of the Queen and the Royal Family".

Pier Morgan's renewed attack on Meghan Markle comes a day after the Duchess of Sussex appeared for the first time since the tell-all Oprah interview. The 39-year-old recorded a message for Vax Live, a charity event aimed at improving vaccination campaigns across the globe.

In her speech, the royal called for the equitable distribution of inoculations against coronavirus as well as drew attention to the plight of women, in particular women of colour, who had been "disproportionately affected" by the pandemic. The speech was welcomed and praised by many social media users, however, many also criticised the Duchess, which led to Meghan's supporters rushing to her defence.

One user suggested that Britain should be blocked from internet access to prevent hateful comments about the Duchess.

I wish more than ever that Twitter had a button to block an entire island so the rest of the World can peacefully enjoy having Meghan as their
Global citizen.
Video Credit: @ talithalou20#MeghanMarkle pic.twitter.com/UZOjFGiVlV