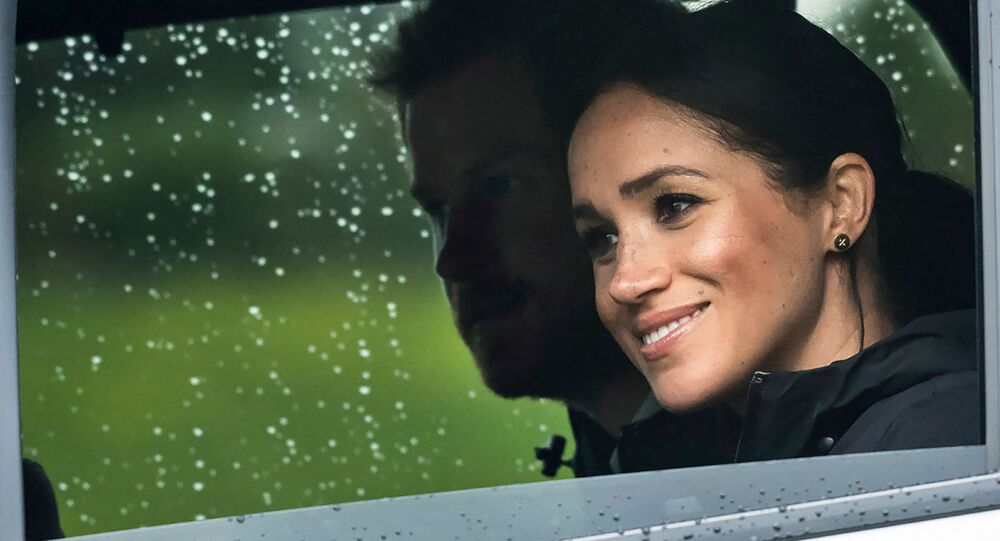 This was the first televised appearance by the Duchess of Sussex since she appeared alongside her husband in the controversial tell-all interview with Oprah Winfrey, during which the couple shed light on life inside Buckingham Palace.

Meghan Markle said the coronavirus pandemic has "disproportionately affected" women and "especially women of colour". In a video recorded for the charity event Vax Live, aimed at improving vaccination campaigns as well as the equitable distribution of coronavirus inoculations across the globe, the Duchess of Sussex said women of colour have seen "a generation of economic gain wiped out".

"Since the pandemic began, nearly 5.5 million women have lost work in the US, and 47 million more women around the world are expected to slip into extreme poverty. With the surge in gender-based violence, the increased responsibility of unpaid care work, and new obstacles that have reversed so much progress for women in the workplace, we're at an inflection point for gender equity", Markle said.

The 39-year-old emphasised that the equitable distribution of vaccines as well as fair prices will enable the international community not only to fully rebuild, but "further and rapidly advance the conditions, opportunity, and mobility for women everywhere".

"Women, and especially women of colour, have seen a generation of economic gain wiped out. Since the pandemic began, nearly 5.5million women have lost work in the US, and 47million more women around the world are expected to slip into extreme poverty."

​It appears that many on social media did not appreciate the statement, with some noting that the pandemic has affected everyone.

And Meghan is as always full of 💩It is a PANDEMIC & has impacted everyone irrespective of race, colour, religion or demographic not just women of colour. Prove what she has said or just STFU!!

​Other netizens contended that Meghan Markle was hypocritical.

Lecturing people on equity while wearing $35k worth of clothing and jewelry is the hight of hypocrisy.

I feel your pain as I speak to you in my $2,000 designer dress under the mantle of Duchess, which I covet but didn’t want as a “job.”

​Many questioned the motives of the Duchess.

​Other users deemed that Meghan Markle doesn't have enough knowledge to speak about issues of equity.

Again great journalism by @SkyNews, I really need to hear what this woman has to say as her opinions are world-changing for sure, would be the same as interviewing the local bins. pic.twitter.com/4zlvJZ4shh

​However, there were those who praised the Duchess for her statement and activism.

You can see & hear why #Harry didn't wait (10) years to put a ring on it! Bravo, #Meghan! This is a couple who are the epitome action & results. Big(ger) things await them 🙂😍

Duchess Meghan has been a champion for women since she was a 12 year old child! Bravo for continuing to be your authentic self & using your platform to advance women & children around the globe! #VaxLive #MeghanMarkle https://t.co/89Ieg5x2zX

​Meghan Markle did not attend the concert organised by Vax Live as she is pregnant. Her husband Prince Harry, however, appeared on stage alongside stars like actors Ben Affleck and Sean Pean, musicians Jennifer Lopez and Foo Fighters and other celebrities.
The organisers said the charity concert raised $53.8 million for COVAX, which will help to purchase almost 10.3 million vaccine doses.

According to a report released by the United Nations Entity for Gender Equality, women's incomes fell by 60 percent during the first months of the coronavirus pandemic. Another report, conducted by the European Institute for Gender Equality, revealed that women were more exposed to the virus as they work in areas currently hit by the pandemic – childcare, retail, hospitality, and tourism.