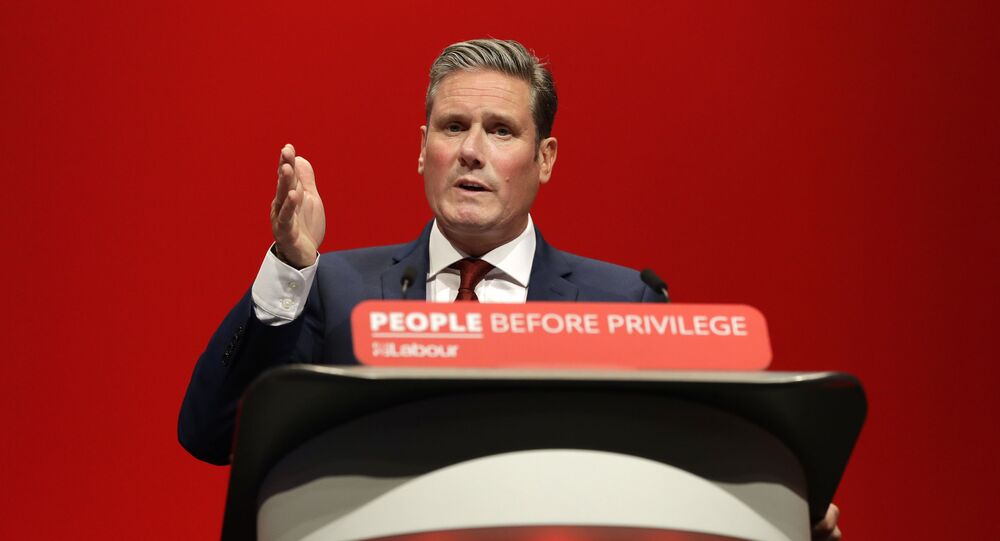 UK Labour Reshuffle: All You Need to Know

On Sunday, Keir Starmer stressed that after the Labour shake-up, his party should realise the need to "embrace the demand for change across our country", something that would "require bold ideas and a relentless focus on the priorities of the British people".

Labour leader Keir Starmer has moved to reshuffle his top team after his party's crushing defeat in local elections on 6 May. Here's a closer look into some details of the shake-up.

The 41-year-old, who remains deputy party leader, pledged that she would use her new role to "focus on the future of work and the future of our economy".

"I will work tirelessly to reform our party and deliver a policy agenda that will enable us to reconnect with the voters that we need to win, especially in our traditional heartlands, and show that the Labour Party speaks for the working class. That is our founding mission", she tweeted later on Sunday.

The move reportedly came after a "prolonged standoff" with Rayner, who was "locked in talks with the party leader's team for hours on Sunday".

I will take the fight to the Tories on their dodgy contracts and sleaze. And I will set out Labour's policy to replace Tory cronyism and cash for mates with an insourcing revolution so that public services are delivered in the public interest, not for private profit.

The Guardian claimed Labour leader Keir Starmer offered Rayner a frontbench role covering the social care brief but she "regarded that as a significant demotion and was determined to maintain influence over internal Labour politics and policy".

Also on Sunday, Rachel Reeves was promoted from shadow Cabinet Office minister to shadow chancellor. The 42-year-old was replaced by Angela Rayner.

A former Bank of England economist, Reeves tweeted that she had been "honoured to accept the role of shadow chancellor" and that the UK's economic recovery "must be fair".

"We must transform lives and back businesses in every part of our country. Together we can create the secure jobs and strong infrastructure we need. Everyone deserves a stake in Britain's future", she pointed out.

As a Bank of England official, Reeves served in Ed Miliband's shadow cabinet from 2010 to 2015, but she refused to work for his left-wing successor Jeremy Corbyn.

© AFP 2021 / LEON NEAL
British Labour Party MP Rachel Reeves, Shadow Chancellor of the Duchy of Lancaster, delivers a speech on government contracts and how they are awarded in London on February 7, 2021

The Guardian described her as a politician who "has repeatedly attacked the Conservatives over cronyism in contracts during the [COVID-19] pandemic" and who is "often used as a media spokesperson for the party on wider issues".

Reeves is the author of several books, including one titled "Women of Westminster" that focuses on pioneering female MPs.

Shadow Chancellor Anneliese Dodds, who faced months of grumbling about her performance, has been demoted to Labour Party chair in Starmer's reshuffle.

The 43-year-old was a member of the European Parliament (MEP) before being elected to the British parliament in 2017, serving in John McDonnell's shadow Treasury team.

© AFP 2021 / JUSTIN TALLIS
Britain's main opposition Labour Party Shadow Chancellor of the Exchequer Anneliese Dodds, prepares to give an interview outside the BBC in central London on February 28, 2021, before appearing on the BBC political programme The Andrew Marr Show

The Guardian cited unnamed sources as saying that Dodds "made many correct judgments on economic policy throughout the pandemic, including the crucial observation that it would be devastating to wind up the furlough scheme last autumn as the chancellor planned".

Starmer's decision to demote Dodds was ostensibly first reported by some UK media outlets before she was personally notified of the Labour leader's move.

Newcastle East MP Nick Brown has been sacked from his role as shadow chief whip and replaced by Sir Alan Campbell.

A spokesperson for the 70-year-old Brown insisted that "he and Keir have parted on good terms, with mutual respect" and that the ex-shadow chief whip believes "it's a reasonable time" for him "to move on".

"He wishes Keir and the new chief whip every success", the spokesperson added.

The politician served as chief whip under five different Labour Party leaders, including Jeremy Corbyn and Ed Miliband, and he held several positions in the governments of Tony Blair and Gordon Brown between 1997 and 2010.

Starmer has, meanwhile, touted his new shadow cabinet as a "refreshed and renewed team" capable of building an "ambitious programme that will deliver the next Labour government".

Last Thursday, the Conservatives won Hartlepool - a Labour Party stronghold for 56 years - with a majority of 6,940 votes. The victorious Tory candidate Jill Mortimer said at the time that "Labour have taken people in Hartlepool for granted for too long".