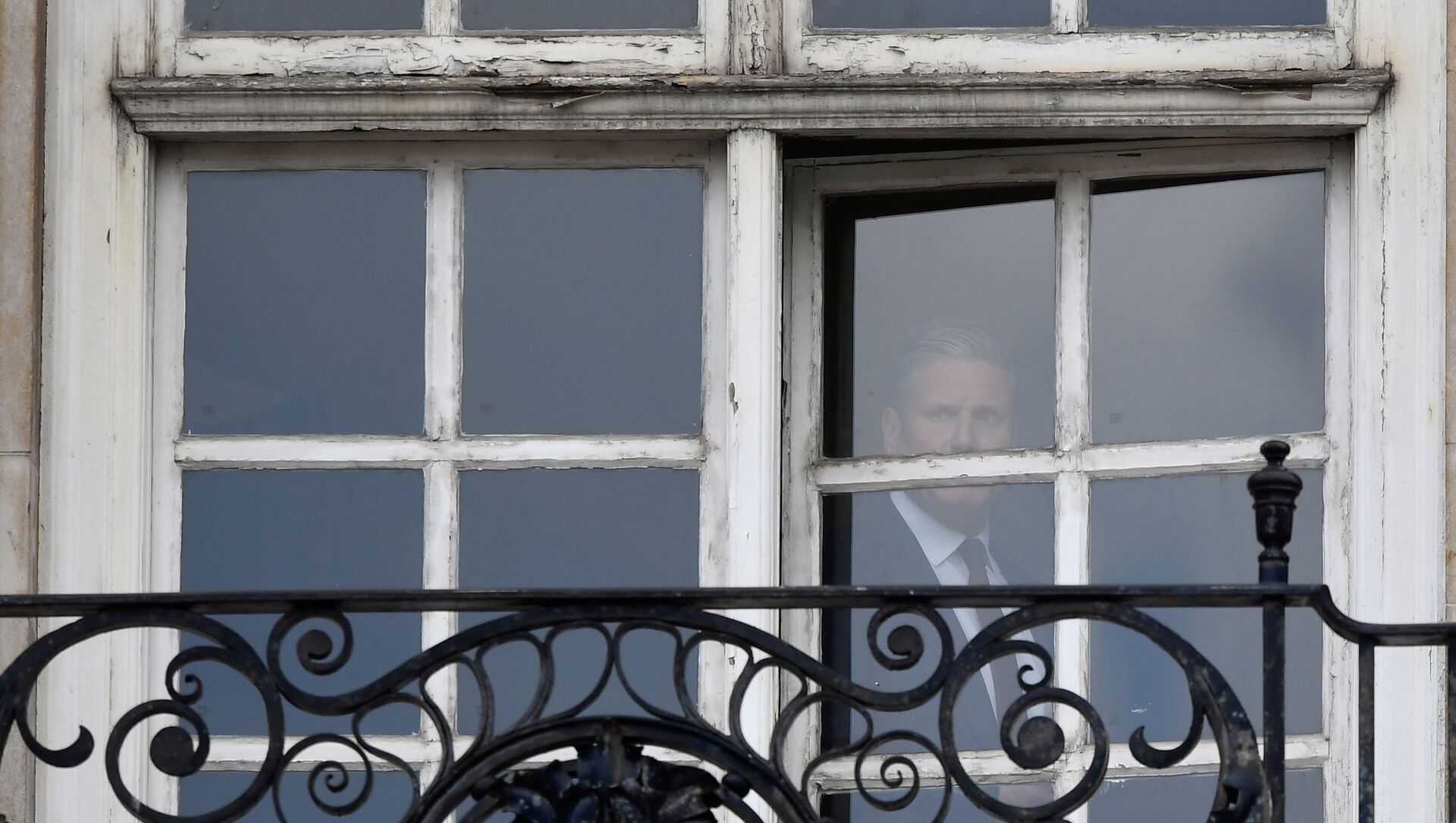 © REUTERS / TOBY MELVILLE
Subscribe
Sir Keir Starmer - a former Director of Public Prosecutions - replaced Jeremy Corbyn as Labour Party leader last year after the Tories won a landslide victory in the 2019 general election. He had hoped to see the first signs of a post-Corbyn bounce in the elections held on 6 May.

The leader of the opposition Labour Party Sir Keir Starmer could face a challenge after he responded to a terrible by-election defeat in Hartlepool with a dreadful television interview in which he kept repeating himself.

The Conservatives won Hartlepool - a Labour stronghold for 56 years - with a majority of 6,940 and the victorious Tory candidate Jill Mortimer said: “Labour have taken people in Hartlepool for granted for too long."

The Tories also won 583 council seats up and down the country and took Northumberland, Dudley and several other councils from Labour, which lost dozens of seats.

​On Friday, 7 May, Sir Keir Starmer - who was elected last year to replace Jeremy Corbyn after Labour was smashed in the general election in December 2019 - laid low for most of the day but when he did finally emerge into the light his response to the election results was jaw-droppingly bad.

Starmer was interviewed by the BBC’s Laura Kuenssberg and repeated the same mantra about having to “reconnect with voters” three times as she struggled to get a straight answer to her questions.

Looking tired and flustered, Starmer said he was “bitterly disappointed” with the results and took “full responsibility” for them.

​He said Labour had lost the trust of voters in places like Hartlepool and promised to set out a “bold vision” of the future in the next few days.

Many Labour Party supporters took to social media on Friday to question whether Starmer was the right man to lead the party or whether he should go like Iain Duncan-Smith, who was forced out as Conservative leader in 2003 before he even got the chance to fight a general election.

During a brief visit to Hartlepool on Friday Prime Minister Boris Johnson said: "What this election shows is that people want a party and a government that is focused on them, focused on delivering change.”

000000
Popular comments
They smeared, accused, bullied, lied about a humble Corbyn that brought him down because he was actually not a fake politician and who stood by the Palestinians. Now the Labour with this drunk looking trash crashed the party. Well done Labour, you suck hard