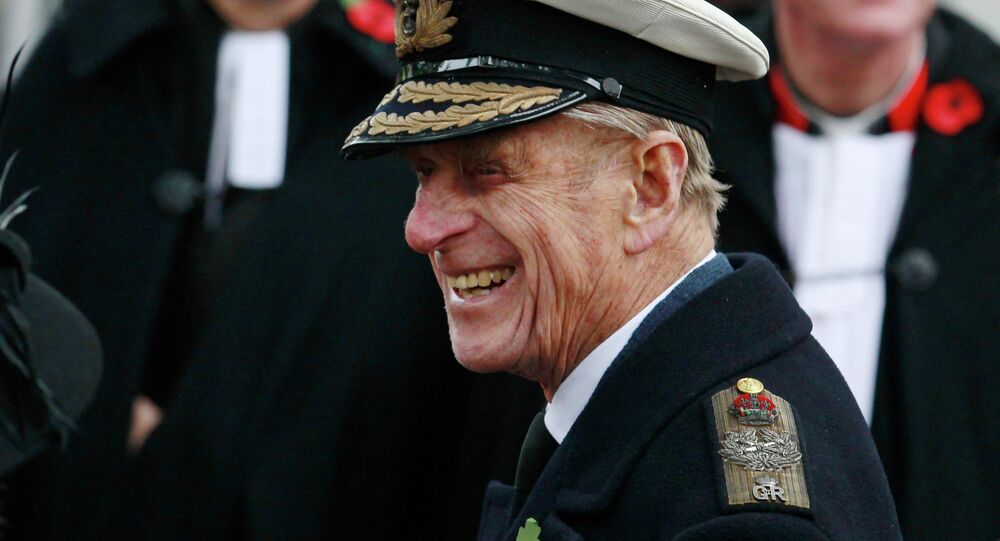 LONDON (Sputnik) – A range of voices across the political spectrum in the UK have joined in expressing sorrow at the death of Prince Philip, the husband of Queen Elizabeth II, who passed away on Friday at the age of 99.

One of the first political figures to publicly react to the Duke of Edinburgh’s death was UK Prime Minister Boris Johnson, who stood out of his residence in number 10 Downing Street to extend his condolences to the Royal Family.

"Like the expert carriage driver that he was he helped to steer the royal family and the monarchy so that it remains an institution indisputably vital to the balance and happiness of our national life," Johnson said.

From the other side of the political spectrum, Labour leader Keir Starmer, immediately took to Twitter to lament the prince’s death.

"The United Kingdom has lost an extraordinary public servant in Prince Philip. Prince Philip dedicated his life to our country - from a distinguished career in the Royal Navy during the Second World War to his decades of service as the Duke of Edinburgh," Starmer said.

The mayor of London and Starmer’s fellow party member, Sadiq Khan, also issued a statement in which he extended his "deepest sympathy" to the Queen and highlighted the prince’s contribution to London and the country.

Although Buckingham Palace has not given details yet about the funeral and the duke had reportedly expressed his preference for a "less fussy," private, military-style funeral, the events which would follow his death have been known as Operation Forth Bridge.

Under such arrangements, which might have some variation due to COVID-19 restrictions in place, a national period of mourning will begin, lasting until the funeral, and all flags will fly at half-mast during the mourning period.

The Ceremonial Mace in the House of Commons will be draped in black or decorated with a black bow and all lawmakers will wear black armbands on their left arm, with male lawmakers also wearing black ties.

The whole Royal Family is expected to wear mourning clothes (dark, not necessarily black) and black arm bands, which are always packed during their travels in case they are needed.

The queen is not expected to carry out any duties during this period, which means no laws will be passed.