A Century of Royal Service: Life and Death of Prince Philip, Duke of Edinburgh 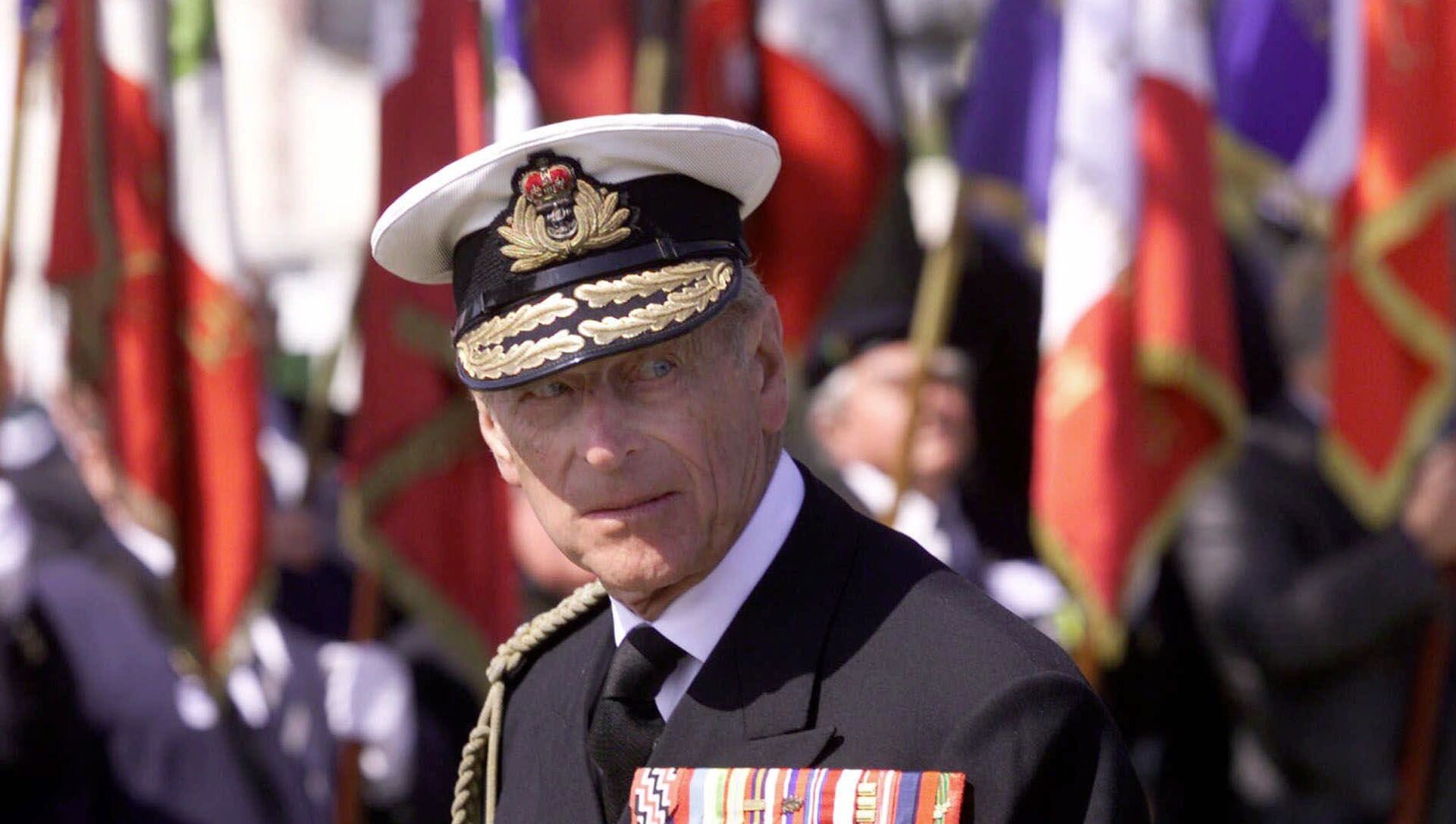 Aleksandra Serebriakova
Sputnik correspondent specializing in foreign affairs.
All materialsWrite to the author
The Duke of Edinburgh has suffered a number of health issues in the past three years, ending up in hospital in February 2021, several weeks after he received COVID vaccine.

Prince Philip, the husband of Queen Elizabeth II, died on Friday, at the age of 99.

On 16 February, he was admitted to the King Edward VII Hospital in London as a "precautionary measure" on the advice of his doctor after feeling "unwell", Buckingham Palace revealed.

The Duke of Edinburgh, who was due to celebrate his 100th birthday on June 10, had not been feeling well for some time, royal sources told the media, but apparently, he walked into the hospital without aid. 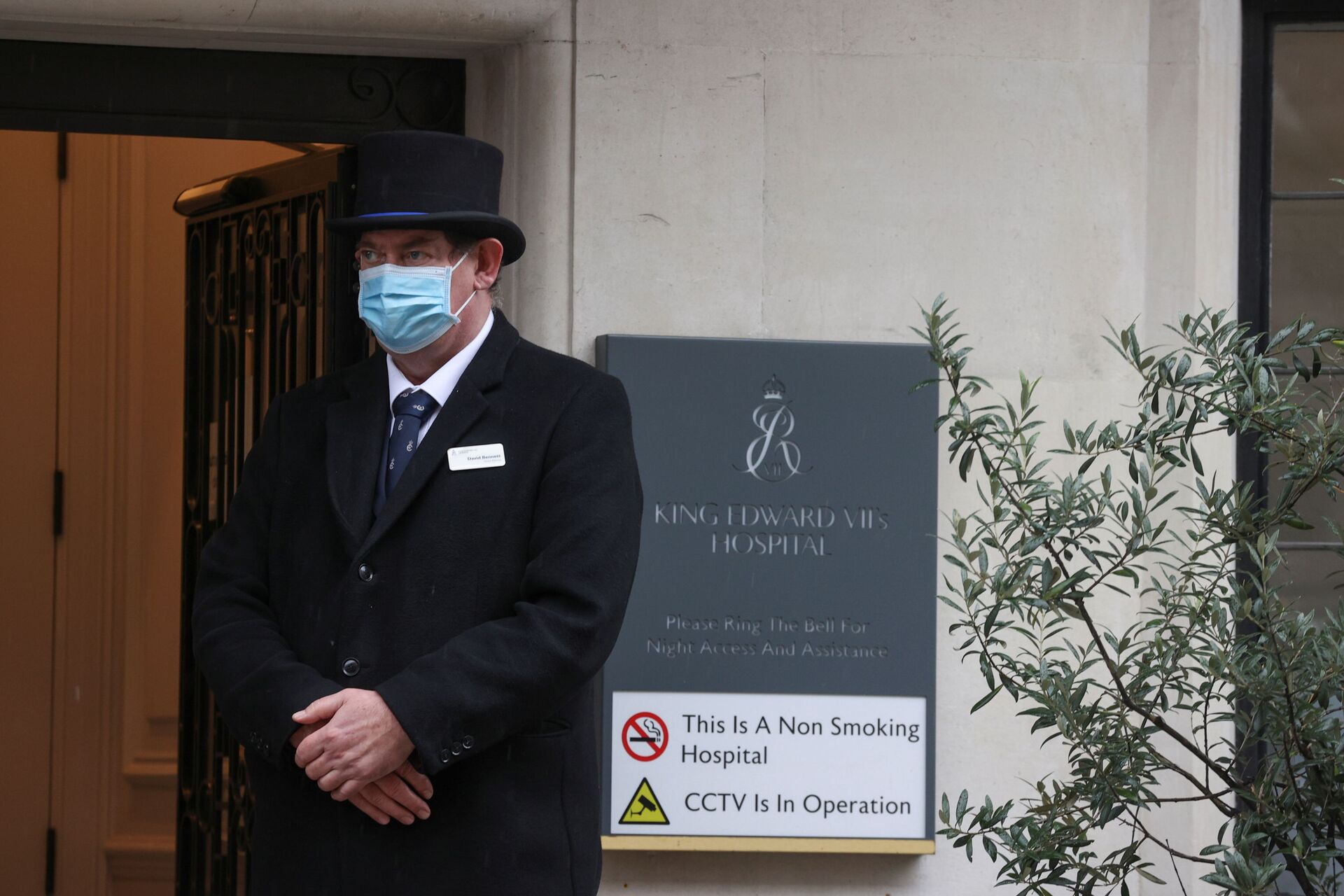 In January, he was vaccinated against coronavirus with his wife Queen Elizabeth II, who will be 95 in the spring.

The prince has lived a spectacular life full of unexpected turns which are worth recalling.

Prince Philip was born on the Greek island of Corfu on 10 June 1921 to the Greek and Danish royal families. Educated in France, England, Germany and Scotland, he joined the British Royal Navy in 1939. It was in this year that he began corresponding with the young Princess, Elizabeth, his third cousin (they are both great-great-grandchildren of Queen Victoria and that other famous Queen Consort, Prince Albert) and heir to the British throne, after meeting her several years before. 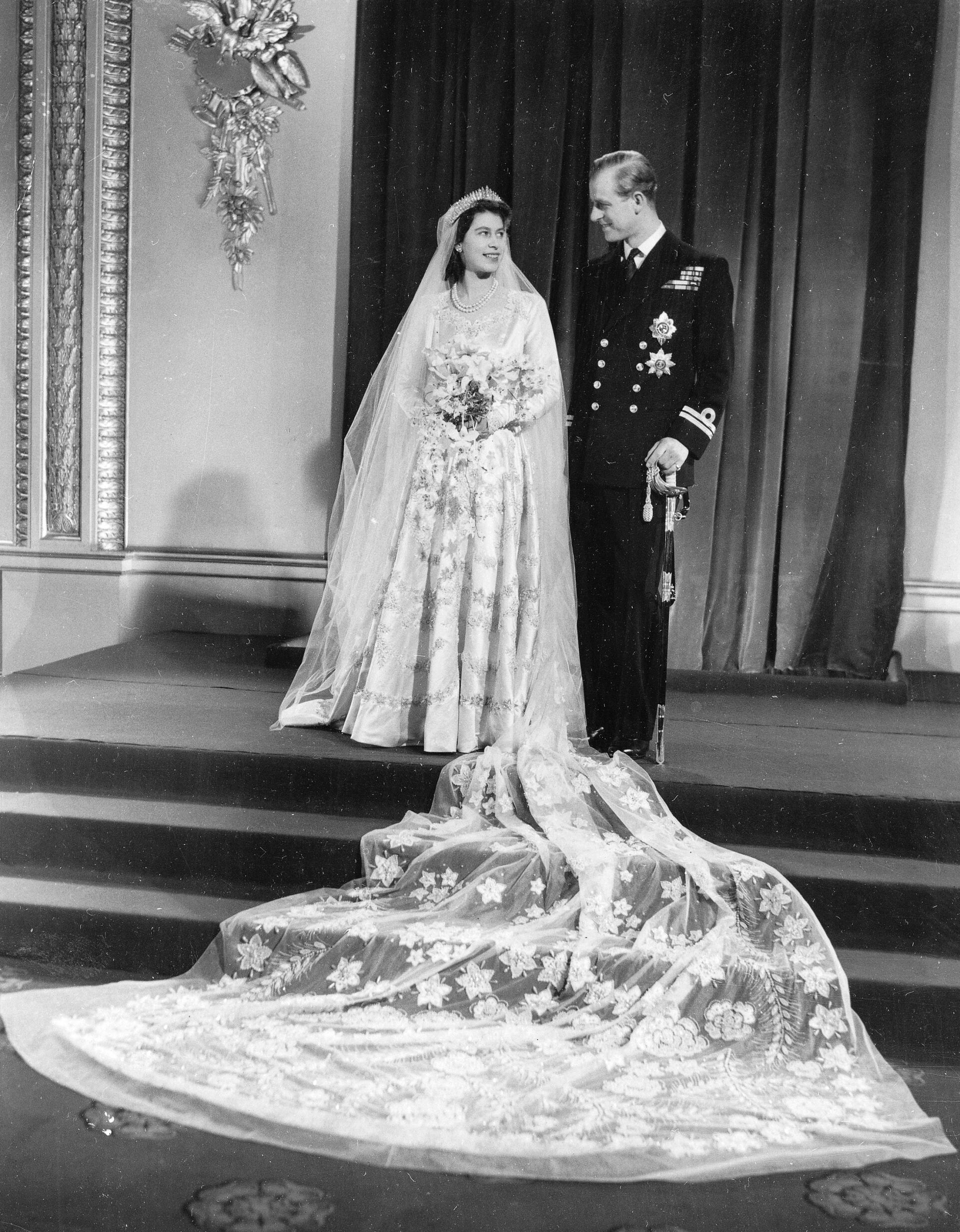 Before the royal wedding took place, Philip renounced all his Greek and Danish titles and converted from Greek Orthodoxy to Anglicanism to become a communicant of the Church of England.

The royal couple settled happily into Clarence House after their marriage and started a family - the princess gave birth to two her son and heir, Prince Charles in 1948, and to Princess Anne two years later.

In 1952, Elizabeth succeeded her father King George VI - who died of coronary thrombosis preceded by lung removal because of a malignant tumour - as monarch. The couple learnt of the King's death while in Kenya during a Commonwealth trip, and it was Philip who had to break the news to Princess Elizabeth that her father was dead and she was now Queen. The couple returned to the UK shortly after.

On 1957, Philip was granted the title of a Prince of the UK. Since this time, he has been referred to as "His Royal Highness The Prince Philip, Duke of Edinburgh".

The couple's third child Prince Andrew was born in 1960 when it was announced that the Duke of Edinburgh’s surname would be combined with the name of the Queen’s family to become Mountbatten-Windsor, which would be used by lesser members of the royal family. 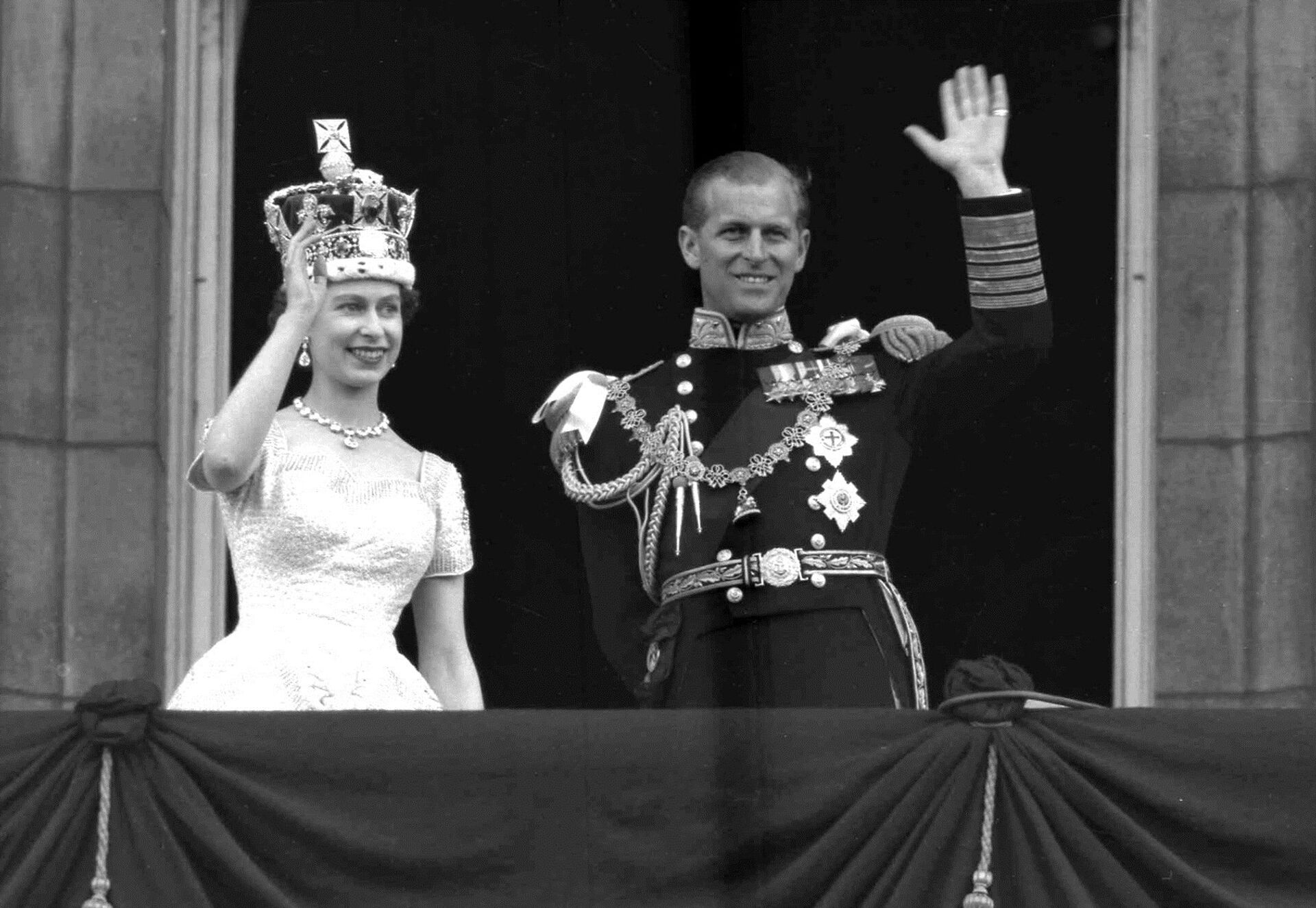 This is a 2 June 1953 file photo of Britain's Queen Elizabeth II and Prince Philip, Duke of Edinburgh, as they wave to supporters from the balcony at Buckingham Palace, following her coronation at Westminster Abbey in London.
© AP Photo / Leslie Priest, File

On Prince Philip’s 90th birthday, the Queen granted him the title of Lord High Admiral.

Prince Philip and Queen Elizabeth had four children – their youngest Prince Edward was born in 1964 – and the longest marriage of any British monarch ever lived. They spent 73 years together.

In an interview in June 2011, Prince Philip said he would slow down and cut back on his duties. Six months later the Duke suffered chest pains and was admitted to hospital.

In June 2012 during his wife’s Diamond Jubilee celebrations, the Duke was taken to hospital in London suffering from a bladder infection. It was during those celebrations that the Queen referred to her husband as her "constant strength and guide". 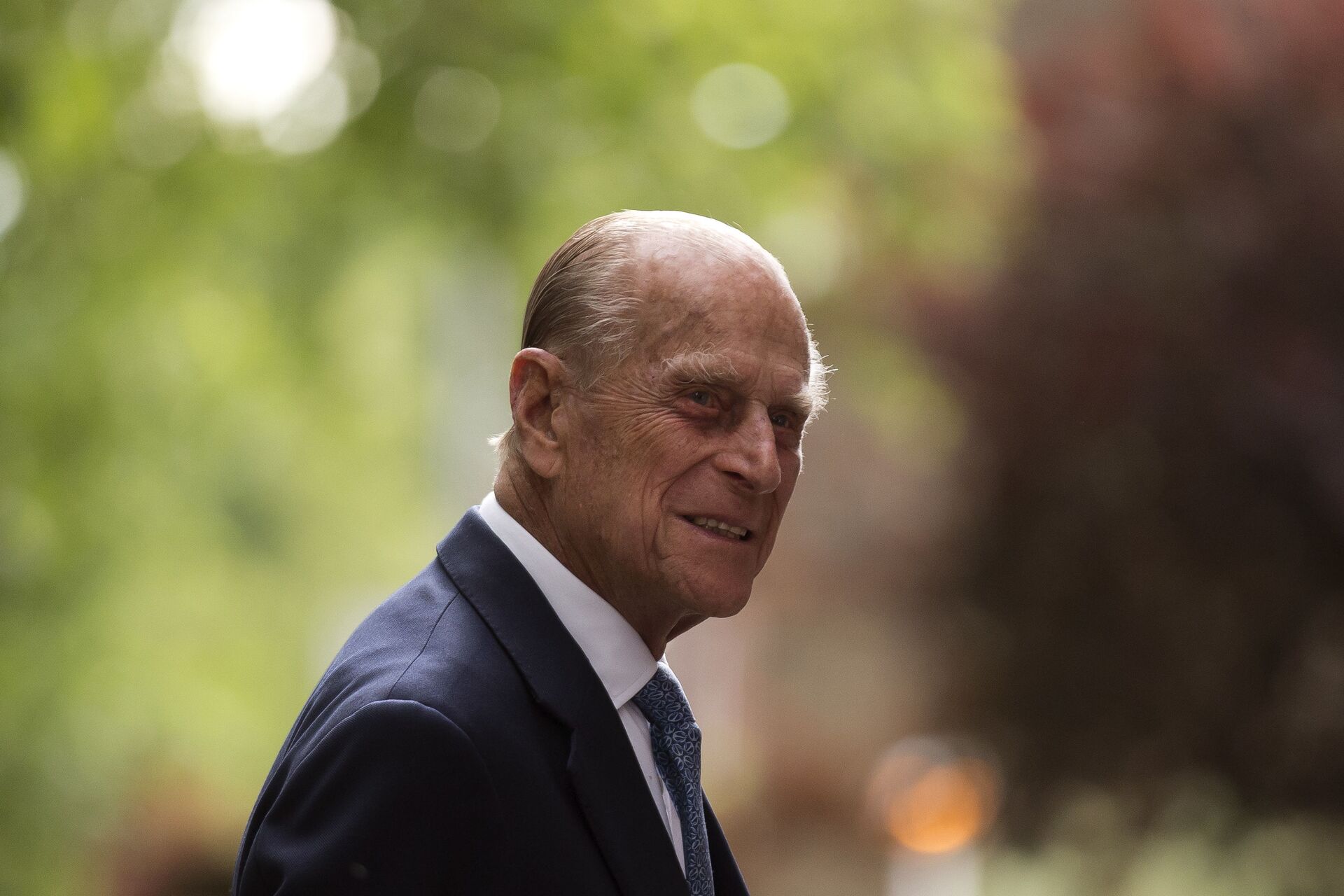 Philip was admitted again to hospital in June 2013 at the age of 92 for a planned operation on his abdomen and stayed in the medical facility for a couple of weeks. In May 2014, the Prince appeared in public with a bandage on his right hand after a minor procedure.

In August 2017, Prince Philip stepped down from his official royal duties after more than 60 years of public appearances alongside the Queen.

The Duke has suffered from a number of health issues throughout 2018 to 2019 and has undergone several procedures in hospital, including surgery for a hip replacement. 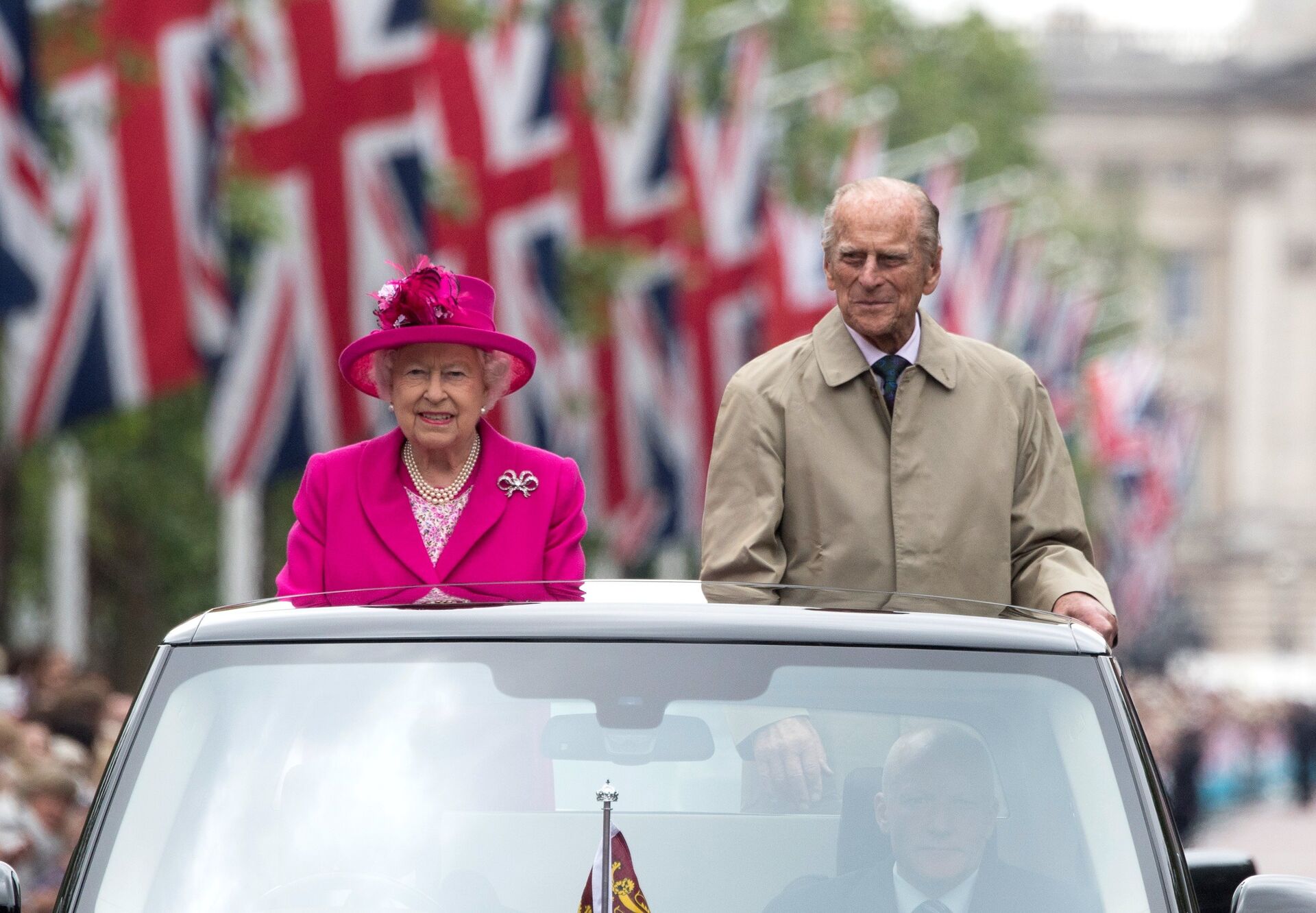 Britain's Queen Elizabeth II and Britain's Prince Philip, Duke of Edinburgh are driven along the Mall during the Patron's Lunch.
© AFP 2023 / Arthur Edwards

In December 2019, he was admitted to hospital for four days so that an undisclosed pre-existing condition could be treated, according to the palace. On Christmas Eve, the Duke returned to Sandringham to spend the holiday with the Queen.