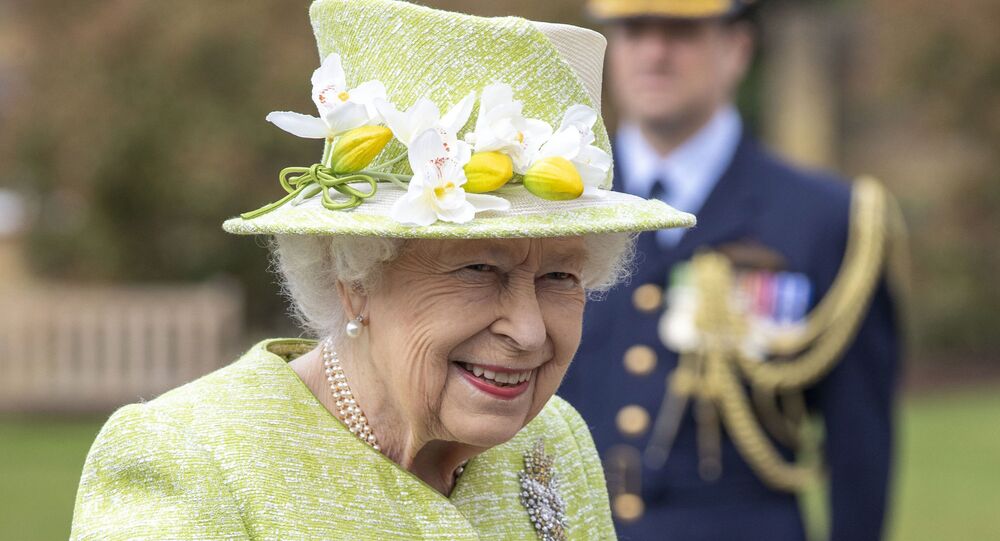 The wardrobe of the British Queen Elizabeth II constantly attracts the attention of tabloids. Throughout her long reign, she has tried on hundreds of outfits, for which it could be worth building a separate palace just to store all of the monarch's clothes in it.

The Queen's decision to wear "powerful and confident" green to her most significant working engagements shows she is "in control" and "not swayed by the opinions of others," The Daily Mail reported on Friday.

According to color psychologist Lee Chambers, cited in the report, the color green has strong connections with nature, and with that comes meaning that is both grounding and refreshing.

"When we wear green, we are conveying a message that we are calmly confident, approachable and peaceful to be around," he said. "The balance green has is important, as it also exudes an element of compassion while bringing a feeling of energy and optimism to those you encounter."

The psychologist added that "wearing green can also give us a feeling of serenity and stability, and it creates an ambiance of tradition and values that is conferred without words."

"And because it is subtle, respectful and rare as a clothing color, it draws the eye without taking the attention away from others," he concluded.

Сolor therapy expert Momtaz Begum-Hossain explained to the outlet that green has more variations than any other color, and the Queen perfectly combines various shades  of this "balancing, harmonious color."

"Wearing green shows the Queen is in harmony with herself, so when she wears it in public she’s showing that she’s not swayed by the opinions of others; green keeps her grounded and true to herself," she said.

When the 94-year-old monarch attended the wedding of her grandson Prince Harry and Meghan Markle at St George's Chapel in Windsor on May 19, 2018, she wore a delicately flared dress in lime, lemon, purple, and grey printed silk.

© AP Photo / Alastair Grant
Britain's Queen Elizabeth II, at centre in green, leads other members of the royal family in a moment of silence for the recent tragic events in Britain, in the parade ring on the first day of the Royal Ascot horse race meeting in Ascot, England, Tuesday, June 20, 2017.

And on Wednesday, after the Queen "got her second Covid jab," she wore a vivid spring-inspired outfit before addressing the public without a face mask during her first official engagement after five months in lockdown.

The monarch's matching custom-made coat by Stewart Parvin was an edge-to-edge coat with a frogging fastening in lime silk tweed, as she is often seen in a matchy-matchy look.

According to the report, Her Majesty was once again did not go without one of her trademark hats, opting for an Angela Kelly millinery piece made from the same lime silk tweed with sinamay adorning the crown with handmade lace crystals and pearls made by Lucy Price.

As Angela Kelly, who served as Personal Assistant and Senior Dresser to Queen Elizabeth II, described in her book, the Queen also recycles her looks in accordance with a special system. Royal seamstresses and assistants assign names to each dress of the Queen and enter them in a special catalog.

It is extremely important to have a detailed list, according to UK media, and it also contains information about Elizabeth's outings at official events. For example, if Her Majesty wore red during a trip to the south of England, this color is usually avoided for several months, even if the design of the outfit is completely different.