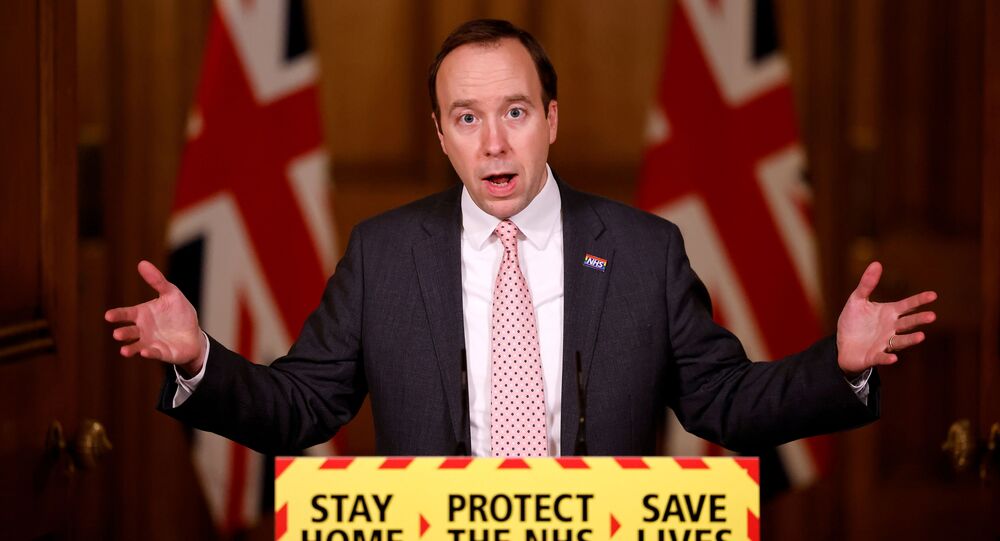 Speaking to British media, Britain's health secretary said that the government's response had been "extensive" and had admitted fault when needed.

The United Kingdom's vaccine programme may provide a "defence" against a resurgence of coronavirus, but should remain "cautious", UK Health Secretary Matt Hancock told the BBC Radio 4's Today Programme on Tuesday.

The nation's border controls and vaccine rollout had proven "very effective" in preventing a further resurgence of cases as fears of a third wave of outbreaks have been voiced across Europe, Hancock said.

Hancock added a third wave of cases had "taken hold" in numerous European countries and further outbreaks in neighbouring nations were a "precursor to a rising number of cases" in the UK.

"This time we have as a defence our very extensive vaccine programme. 30 million vaccines have now been done as of yesterday which is an incredible feat. But we do have to be cautious and do everything we can to protect the success of that rollout here," the health secretary added.

Hancock defended government measures to tackle COVID-19, including easing lockdown restrictions, stating the jabs would provide "hope on the horizon".

"We can see our way out. The roadmap guides us on that route out, following the data all the way through, checking things are going well. But there are two concerns. One is the sheer number of cases if international travel does bring home more cases, but the other is a new variant that the vaccine cannot deal with as effectively," he said.

Both of the "unknowns" and their developments In Europe would be determined by actions "outside of our hands", he said.

Speaking on the Government's roadmap to consider reintroducing foreign travel on 17 May, Hancock said that it was "too early" to know what the Downing Street would decide.

"The reason for that is that we are seeing this third wave rising in some parts of Europe and we’re also seeing new variants. It is very important that we protect the progress that we have been able to make here in the UK," he said.

The Government had "learnt" from the pandemic but did not admit whether he thought it had made mistakes in its COVID-19 programme.

"If you think about it, this last year has been the hardest year in a generation and everybody's lives have been touched, and many have lost loved ones, including my family. It is critical that we learn from this all the way through... finding out more and learning more about this virus has been a central part of the response," Hancock added.

When grilled about ministerial responses to the initial stage of the pandemic, he added it was not time to look back on Downing Street's response.

"We must constantly be looking at what we can learn, and what I will say is there have been areas where we have changed our approach because of what we have seen, but there are also areas, like the vaccination programme, which will be a model for how governments can make things happen and move fast and deliver for the population in the years to come," he added.

© REUTERS / CALLAGHAN O'HARE
A 'Firm' Foundation: Which Businesses Have Profited the Most From the Ongoing Coronavirus Pandemic?
He concluded the Government had responded to the pandemic had been "constantly to look and learn", with some responses being "unbelievably impressive" and others where the UK "actively admitted that things weren't right".

"I have been trying to be completely frank and honest about the fact that there have been some areas where we have learnt and I think we have strengthened the response over time. There are other areas where the teams hit the ball out the park. There will be a time for everybody to reflect and be an enquiry to look over this as a whole," he concluded.

The news comes after UK Prime Minister Boris Johnson warned a massive spike in cases in the European continent would "wash up on our shores" as seen in March last year.

The UK government has been rolling out its phase 2 vaccine programme across the country, administering doses of its Oxford-AstraZeneca COVID-19 jabs in a bid to tackle the ongoing pandemic.

To date, the UK has reported 4.3m coronavirus cases and over 126,400 deaths, figures from Johns Hopkins University School of Medicine reported.