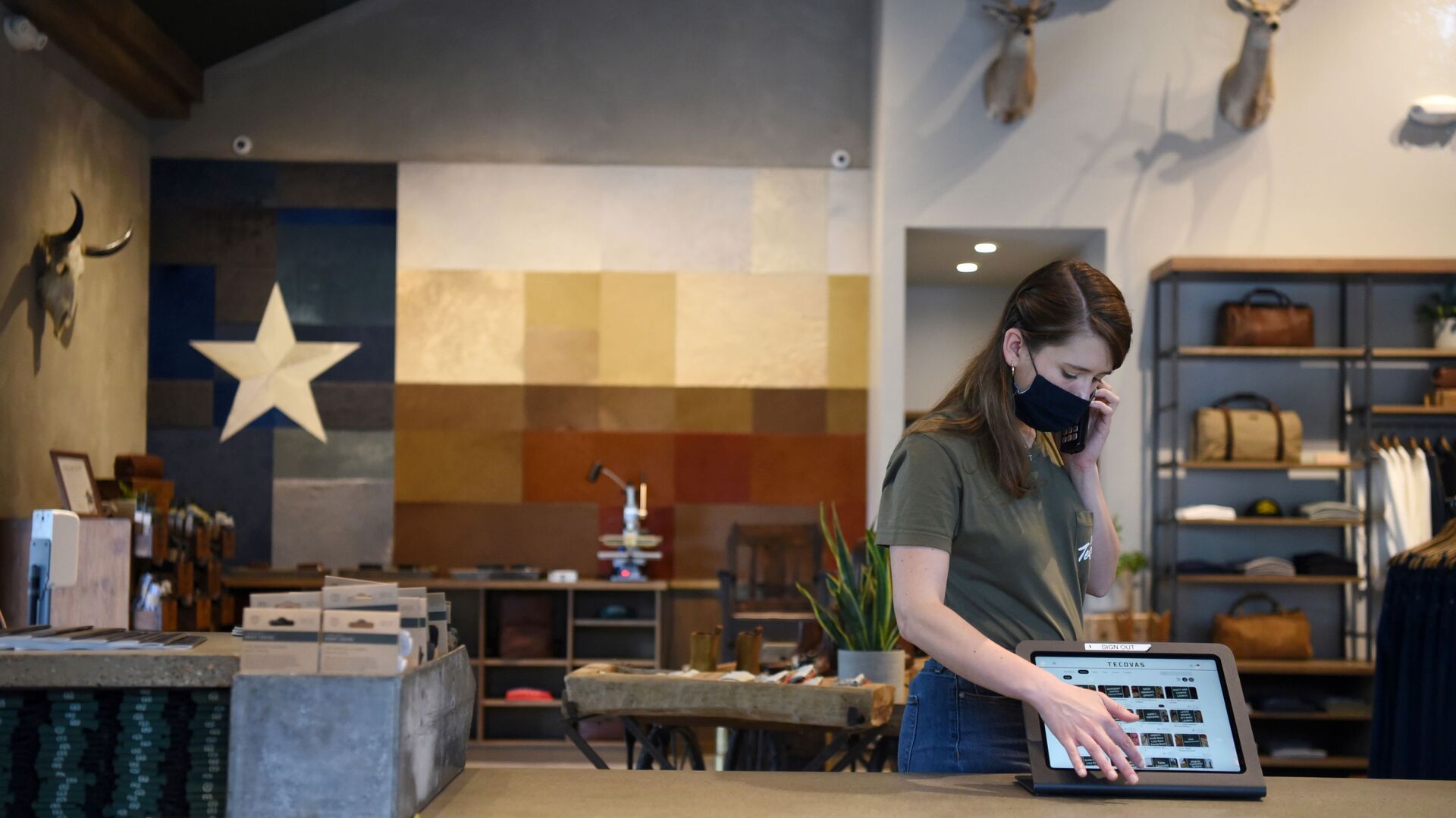 Demond Cureton
All materialsWrite to the author
COVID-19 has triggered massive shifts in business models, affecting all sectors from human resources, logistics and shipping to communications. But some firms have profited immensely despite the global recession and COVID-19 efforts, leading to a transformation of work, life and buying habits which could remain permanent following the pandemic.

The first global slowdowns in Spring last year saw major surges in food delivery services as restaurants and venues shuttered their doors during the lockdown.

Delivery services such as UberEATS, DoorDash, Just Eat, Deliveroo and GrubHub, among others, saw a massive uptick in demand. Other businesses such as electronic stores and clothing retailers adopted similar services.

Deliveroo to List $7.5bn IPO in London as Leaders Praise Efforts to Back Britain's Post-Brexit Plans
Increases in revenues for the delivery platforms allowed UK food delivery firm Deliveroo to launch its initial public offering (IPO) in London, valued at $7.5bn and widely seen as a success for the industry amid COVID-19

Following work-from-home advice from the UK government and numerous others, Software-as-a-service (SaaS) products saw exponential demand to adjust to the major shifts in workplace management.

Offices normally united in the same facilities were forced to work from home, forcing industries such as telecoms to boost COVID-19 track and trace efforts, facilitate work from home and address major cybersecurity concerns.

Science & Tech
Working Remotely? Here's A Few Tips On Keeping Secure And Stable Networks Amid The COVID-19 Lockdown
Businesses with little investment in such services were also forced to adapt to the new environment for hundreds to thousands of employees.

Companies such as Zoom, Asana, Cisco, Basecamp, Tencent and many others saw online demand increase tenfold to 100-fold normal traffic, which has remained unabated a year after the pandemic hit European and North American borders.

Fast moving consumer goods (FMCG) in sanitation and personal hygiene also exploded in demand in 2020, with firms such as Clorox, Lysol, Johnson&Johnson and Unilever working overtime to meet the needs of buyers.

Clorox reported a 32 percent increase in sales for its antimicrobial wipes and bleaching products for the first quarter 2020, figures revealed.

More consumers turned to Do-it-yourself (DIY) projects amid the ongoing pandemic, which proved profitable for hardware and DIY stores globally. According to reports, online searches for DIY stores jumped 140 percent in the first few weeks following the lockdown in the United States.

“Despite having to close or severely curtail operations at our physical stores for much of 2020, we nonetheless experienced unprecedented customer demand and a boom in e-commerce revenue. The combination of homeowners being confined to their residences and local businesses having to shift their operations outdoors, created a massive surge in demand for our outdoor furniture products,” Dylan Davis, vice-president of Terra Living said in a statement.

Countries turned to telehealth services as senior citizens sought medical solutions during the pandemic, with many facing difficulties due to national lockdowns, reduced services, and overwhelmed staff, the British Medical Journal wrote in September.

Huawei 5G, AI Tech Boosting Frontline Services, Instrumental In Fight Against COVID-19 - White Paper
US citizens made redundant by the pandemic could also no longer afford co-payments and other fees needed for in-person doctor visits, prompting the uptick in telehealth services.

An AccessOne survey of over 1,000 US adults in December last year found that roughly 66 percent of US citizens were concerned they would not be able to afford medical care in 2020, 40 percent which were very concerned of healthcare costs and 53 percent who had children.

The rise in such products prompted healthcare firms, insurance companies and others to adopt the new services, saving many companies time and money by granting quick access to consultations and faster service options.

The First Affiliated Hospital of Zhengzhou University in China was one of the world's first facilities to routinely adopt telemedicine, with Huawei Technologies deploying the service across 1,400 institutions in China, Morocco, Zambia and numerous others. The services implemented artificial intelligence to conduct radiology scans vital to rapidly diagnosing and treating the virus, Sputnik reported in July last year.

Many companies began downsizing operations globally, prompting a huge demand for contract and freelance services. Workers across the US later turned to freelancer platforms such as Fiverr, Upwork and others, to meet their employment needs and supplement living expenses.

Working from home trends had risen from 46.6 percent in April 2020 to 86 percent due to the pandemic, the report added, citing figures from the UK Office for National Statistics (ONS).

People have also turned to exercising from home as yoga, fitness and other facilities have closed due to national lockdowns.

Home fitness firm Peloton saw a 66 percent increase in demand for its services amid the pandemic. Services and products, including DVDs, video streaming and exercise equipment have marked the shift in consumer habits.

The company has also expanded into Australia and is set to launch operations in the second half of 2021, namely in Sydney and Melbourne, according to a company press release.

"Health, fitness and sport is a central part of Australia's DNA, which is why it was a natural decision to launch Peloton in Australia as our first foray into the Asia Pacific region," international managing director Kevin Cornils said in a statement.

UK government also announced leisure and fitness firms could claim financial support via grants up to £9,000 to survive the ongoing lockdown, which has badly affected sectors of the British economy due to restrictions.