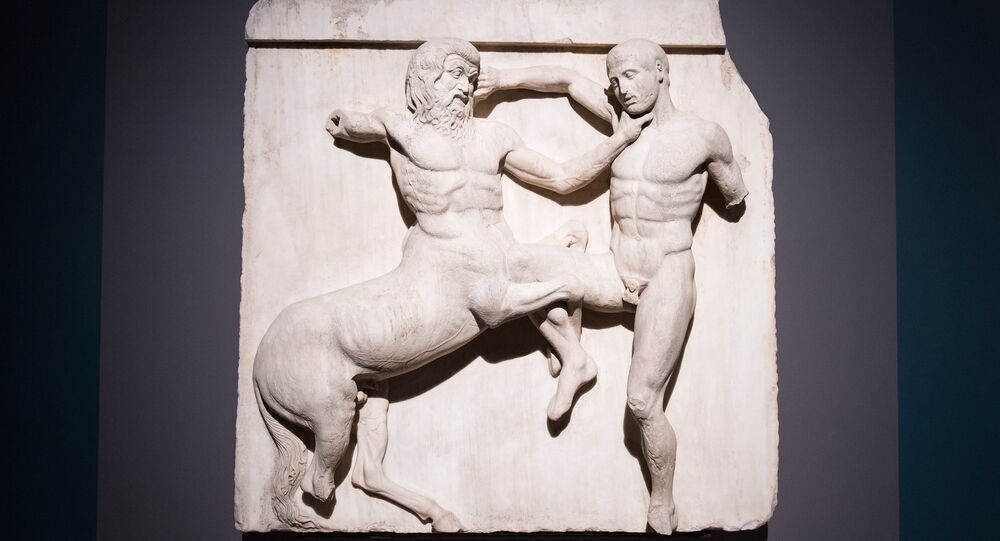 Not Losing His Marbles? Boris Johnson Rules Out Returning Parthenon Sculptures to Greece

In the run-up to the bicentennial celebration of Greek independence, Athens has renewed its campaign to bring the fifth-century BC Parthenon Marbles carvings back to their native land.

Johnson suggested that the priceless cultural artifacts were "legally acquired" and are the rightful property of the British Museum.

"I understand the strong feelings of the Greek people - and indeed Prime Minister Mitsotakis - on the issue", Johnson said to Greek newspaper Ta Nea.

"But the UK government has a firm longstanding position on the sculptures which is that they were legally acquired by Lord Elgin under the appropriate laws of the time and have been legally owned by the British Museum's trustees since their acquisition".

In response to the Friday interview, Greek culture minister Lina ​Mendoni stated that the British PM had not been informed of "the new historical data regarding Greece's occupation by the Ottomans" that shows that there has "never been a legitimate acquisition of the Parthenon Sculptures by Lord Elgin and, therefore neither has the British Museum ever acquired the Sculptures in a legitimate manner".

"The Ministry of Culture and Sports can provide the necessary documentary evidence that can inform the British people that the British Museum possesses the Sculptures illegally".

Mendoni reaffirmed that Greece "does not accept legal possession, prefecture and ownership of the Sculptures in the British Museum".

The Parthenon, as a symbol of UNESCO and Western Civilization, reflects universal values. We are all obliged to work towards this direction", she said.

Culture Minister Lina Mendoni has issued a statement in response to @BorisJohnson’s interview with @iandritsopoulos in @ta_nea:
“For Greece, the @britishmuseum does not have legitimate ownership or possession of the #Parthenon Sculptures.”
➡️https://t.co/aOoq2zjqPm pic.twitter.com/443oytIgW2

​In 2020, Mendoni branded Elgin - an early 19th century British lord - a "serial thief" and accused him of having seized the marbles through illegal means.

Shortly after ascending to the office of Greek Prime Minister in 2019, Mitsotakis offered to show never-before-seen treasures abroad in London in return for the marbles being returned to Athens.

He added that it is "a monument of global cultural heritage. But if you really want to see the monument in its unity you have to see what we call the Parthenon sculptures in situ … it’s a question of uniting the monument".

Athens' New Acropolis Museum is built to contain artifacts discovered on the rock and on the surrounding areas - the Byzantine period, the Greek Bronze Age, and the Romans. It currently houses half of the original pieces.

The 2,500-year-old sculptures - initially carved as a single entity - were removed from the Acropolis over 200 years ago and have since been the subject of dispute over ownership between London and Athens.

Approximately half of the original carvings were removed and taken to Britain in the early 19th century by employees of the 7th Earl of Elgin, Thomas Bruce, after having decorated the ancient Greek Parthenon temple and other buildings on the Acropolis for millennia.